Caldwell thinks the world can learn from the diversity in sports 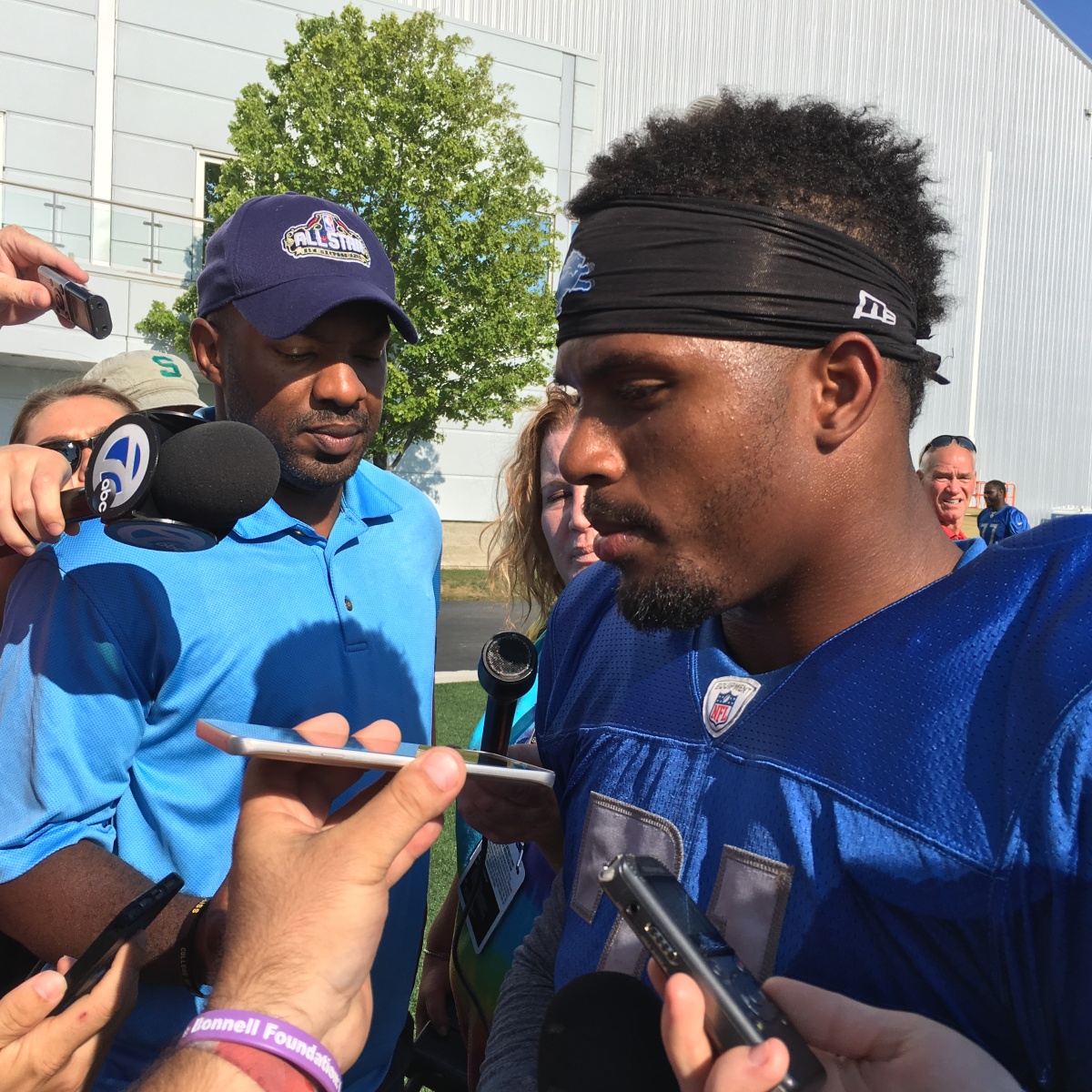 ALLEN PARK >> Ameer Abdullah had a few things to get off his mind about the racial issues surrounding Charlottesville, Va.

The Lions running back knew it was OK to speak out because coach Jim Caldwell has addressed the situation with players.

“What’s most disheartening is people still try to make excuses for certain behaviors. People in position of influence as well, still making excuses for specifically what happened in Virginia,’’ Abdullah said after Wednesday’s practice. “To me that’s the most disheartening thing. We know what the issue is, it’s been laid out before us. We just need more people on board who won’t make excuses, but will make change.’’

He was asked if he was specifically talking about President Donald Trump.

“Him and his followers,’’ Abdullah replied.

He is well aware that not everyone will agree with him. That’s OK.

“Not everyone is going to root for you, that’s something my dad taught me when I was young, everyone’s not going to like you. If somebody’s not going to like my stance on a situation, especially when it comes to racial issues, then I don’t really want that guy root for me anyway.

“That’s something my dad kind of taught me, not everyone’s going to like you but stand for something or you’re going to fall for anything,’’ he added.

Abdullah  feels he has a responsibility to speak out and credits Cleveland’s Lebron James with opening doors for other athletes to voice their opinions on hot-button topics.

“He’s been very vocal about a lot of instances in society, it helps someone like myself come out and feel more comfortable — not necessarily my opinions but what’s right and what’s wrong,’’ Abdullah said.

Caldwell used the example of trips he and his wife have taken with their two oldest grandsons the past two summers. A year ago they took them to Washington, D.C., around the Fourth of July.

“We watched the fireworks, all the monuments. We went to the White House and it was great to just see how the people reacting during that time that the greatness of our country. And our two young guys were just I think extremely excited about it,’’ Caldwell said.

“It had a lunch counter that was, it emulated the lunch counters of sit-ins and so while they were sitting there, and they had to put the headsets on, and (hear) all of the yelling, the screaming, name calling, etc. Trey put his hands on (the counter) and he took them off after about a couple minutes or so and he looked back at me and he said, ‘Papa Coach,’ he said. ‘That’s scary.’

They brought the kids, who are 7 and 10, because they thought it would be an educational experience. Caldwell, 62, grew up in the 1960s so it was nothing startling for him.

“I said, you know what it’s probably good for him just to get a sense of it. Not realizing that within his lifetime, he’s going to see some of the same things on television again. And that’s disappointing,’’ Caldwell said.

He thinks the Lions players — and all athletes — can make a difference.

“I think the world can take a lot from what we do in sports. It’s a highly diverse community. Guys get along. They’re from all walks of life. But there’s no place in this game for bigotry and hatred,’’ Caldwell said. “And I think that’s same way as society but it’s there. And it’s something that I think we all have to speak out against and not tolerate.”

The coach addressed the subject of protests like sitting during the National Anthem with the same thing he said a year ago when the spotlight was on Colin Kaepernick.

“My thing is, a lot of people talk about protest and those kinds of issues. They can do something about it in our communities. They go out and they work within their foundations, they can have an impact without necessarily what you’d consider to be a protest so you guys can talk about guys sitting down on the sideline and all that. What does that really do?

“And I think our guys are a little bit more concerned about action. But they’re men too. I mean they have their own opinions. I expressed to them, ‘Look at the world. Have your own comments.’ They’re not robots. And they do have feelings. Some of them have grown up in some of those communities where they have all kinds of issues,’’ Caldwell said.

“And I don’t think they should have to be quiet. And I think our guys when you ask them questions about it, Like Ameer (Abdullah) and some of those guys, they’ll speak freely about it and tell you what they think.”