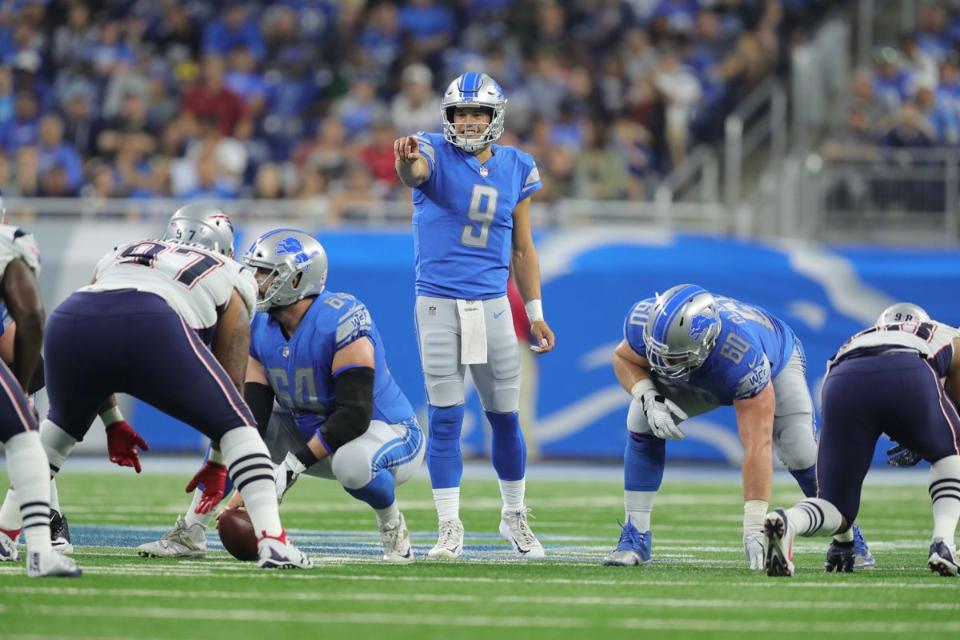 Nothing like going against the world champion New England Patriots — even in the preseason — to get an idea where a team stands.

Following the Lions’ 30-28 preseason loss at Ford Field on Friday night, it’s easy to see the defense has plenty of work to do before the regular season starts on Sept. 10.

Now keep in mind, it was the preseason and not everyone played, still in the first quarter the defense was embarrassed. There is no other word for it.

Five things we learned from the loss:

1. Linebacker Tahir Whitehead left in the first half with a knee injury. No word after the game on whether it’s serious. If the news is bad, the defense would take a huge hit. The linebacking group depends on Whitehead’s leadership especially with rookie Jarrad Davis starting in the middle.

2. The defense won’t face Tom Brady every week (can you imagine?), but it had to be a disappointment. Missed tackles were an issue. Just overall, the defense looked like it didn’t know what to expect. They did some game-planning for the Patriots although not as much as they would during the regular season. Defensive coordinator Teryl Austin said earlier in the week it would be a good test but wouldn’t be the end of the world if the Detroit defense couldn’t stop Brady and his buddies. The Patriots must not have heard that Quandre Diggs has looked good in camp because they went after him big-time.

3. Jarrad Davis was picked on by Brady. Of course he was. He may be a first-round pick and have a bright future but he’s going to make rookie mistakes until he gets adjusted to the NFL. Davis is a good leader, works hard and has earned the respect of his teammates but at the end of the day he’s still a rookie. He’s fully expected to be the starter when the season starts, but curiously enough Austin said this week that the only two definitive defensive starters are Glover Quin and Darius Slay.

4. Matthew Stafford was fine with touchdown passes to Marvin Jones and Dwayne Washington. The quarterback, entering his ninth season, was 15 of 22 for 190 yards, two touchdowns and an interception. Jake Rudock seems to develop more confidence weekly (10 of 13, 113 yards, one touchdown). Golden Tate’s fumble in the Lions’ first offensive series was not the end of the world, but certainly didn’t help the offense get started.

5. The Lions’ run game was led by Ameer Abdullah (always a good sign) with 13 carries for 60 yards. Zach Zenner was a captain but didn’t carry the ball, so Dwayne Washington got plenty of work. He had seven carries for 15 yards and a rushing touchdown, along with two receptions for 26 yards and a passing touchdown. The coaches love Washington’s physicality but they need him to make better reads than he did last year as a rookie. Zenner should be a lock for the 53-man roster. Theo Riddick saw limited action with one carry for zero yards and no catches.