Slay says Fitzgerald can only make him better 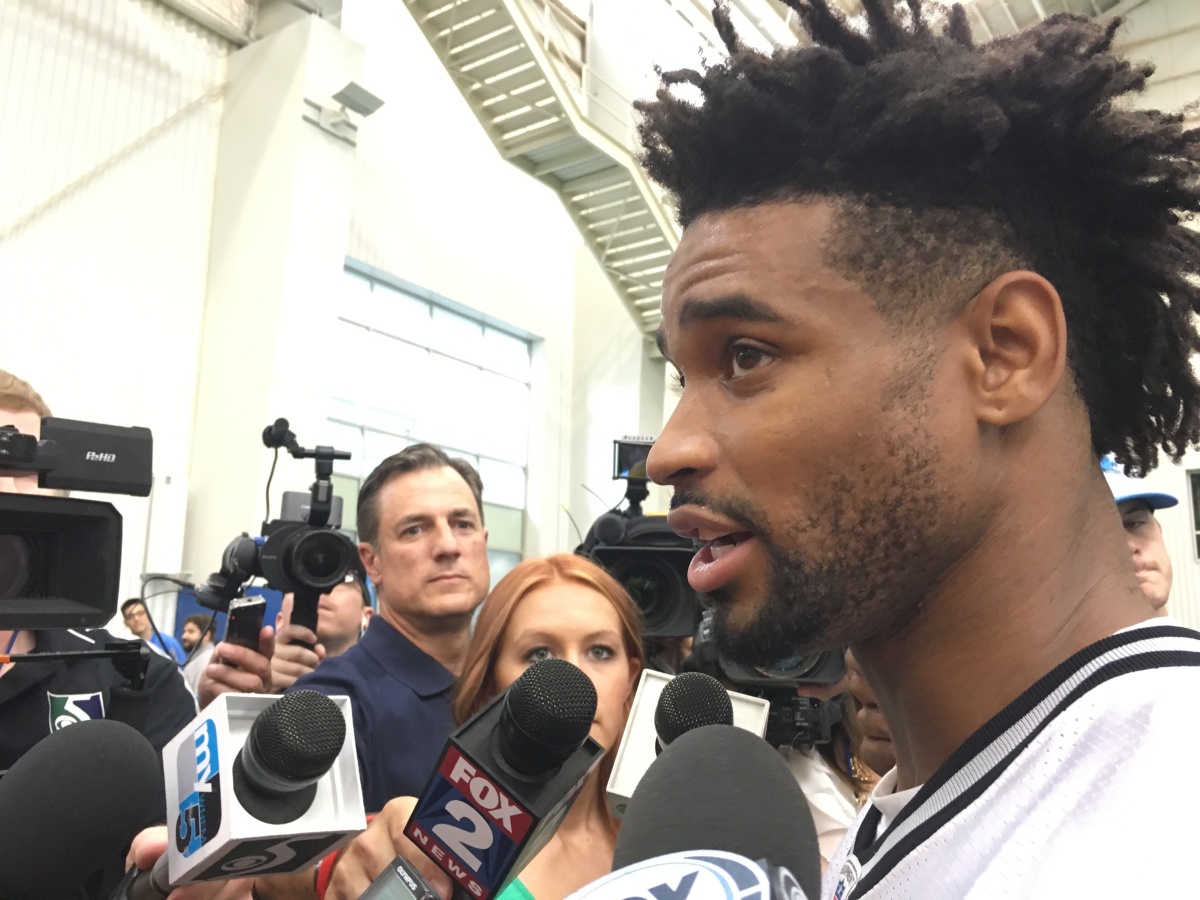 Arizona plays Detroit at 1 p.m. at Ford Field in the season opener.

After working against his teammates Golden Tate and Marvin Jones since the spring, Slay can’t wait to go up against guys in different uniforms when it counts.

“I’m looking forward to competing with all the best guys in the league,’’ Slay said after Monday’s practice.

Five reason Slay loves to match up with Fitzgerald:

1. “You know how the game plan goes, I’d be honored to (cover him). One of the best to ever do it,’’ Slay said.  “I just love, everybody looks up to Larry. Fourteen years in the game, takes care of his body. He’s so professional about everything.’’

2. Not only does Slay like the 34-year-old Fitzgerald on the field, he thinks he’s a great guy. ”I’ve met him a couple times. He’s very very great guy. I look forward to going against him,’’ Slay said.

3. “The only thing he’s going to do is make me better,’’ said Slay who is entering his fifth season.

4. Fitzgerald isn’t shy on the field during the game. “For people who don’t know, he kind of corrects you if you’re wrong about something out there on defense. That is how nice of guy he is, that’s good about him. That’s why I love about him,’’ Slay said. “Man. no arguments just friendly fun enjoying the work. Competing, it’s just fun.’’

5. Let’s get into specifics. “One time we was in coverage — I ain’t goin to tell what coverage we was in — we was in the coverage and he told me why he got me and how he knew what it was. So I’m’ like, ‘Dang, you know.’I hope he don’t remember. I hope I don’t refresh his mind remembering that, just in case I might try to do something different,’’ Slay said.

BONUS: Slay said that even if he has perfect coverage, Fitzgerald’s strong hands are tough to beat.