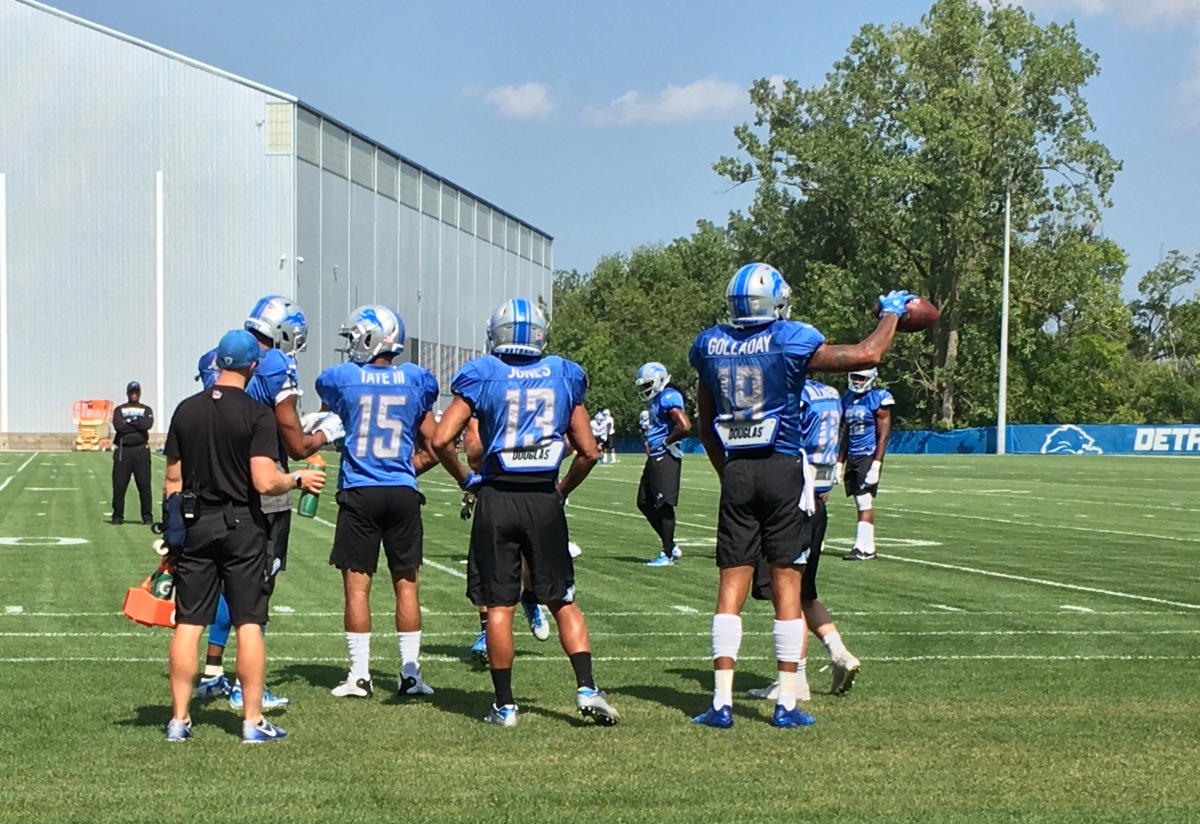 “The Giants’ secondary, they’re fantastic. Last year they had 12 turnovers between picks and fumbles. They’re a very dangerous group of guys,’’ Tate said. “We definitely have to be on our game. We can’t come out flat like we did last week. We’re excited about it. Who doesn’t want a challenge?”

That said, the Giants defense will face their own type of challenge, especially with the Lions offense, on Monday night at MetLife Stadium. It’ll be their first time going up against rookie wide receiver Kenny Golladay who hauled in two touchdown passes in his debut in Sunday’s win over the Cardinals.

“Kenny has shown he’s a dangerous player, he’s a game-breaker kind of guy, glad to have him on our team,’’ Tate said. “It makes the opposing team put some more time in scouting him and covering him.

“To me you have to pick your poison — who you going to double-cover? Me? Marv (Jones)? Theo (Riddick)? Golladay? Ameer (Abdullah)? (Eric) Ebron? (Darren) Fells? Pick your poison. We’re excited about it,’’ Tate added.

The Lions lost at the Giants, 17-6, last Dec. 18. In that game, Matthew Stafford was hampered with a wonky finger and Golladay was still playing at Northern Illinois.

Here is Tate’s breakdown of the Giants’ secondary:

— “Eli (Apple) is a young guy who’s made a bunch of plays and still learning the game. The best is yet to come for him.”

— “Janoris Jenkins, been going against him for a long time when he was in the NFC West. He’s a very talented guy, a  ballhawk as well, physical guy, loves contact, going to talk some smack to you.”

— “Landon (Collins) all pro guy, he knows his assignments, savvy guy, he’s in the right place at the right time, makes plays.’’

“It’s going to be a great challenge for us, but I love our guys against their guys,’’ Tate said.

In the opening win, Stafford passed for 292 yards and four touchdowns. Seven Lions caught at least two passes. Tate was tops with 10 receptions for 107 yards.

Of course, Tate is not alone in his respect for the Giants’ secondary.

“It’s a pretty strong group, and there’s no doubt about it between the three corners and the safety. I mean it’s hard to think there’s any team that has any more than they have. They have talented guys,’’ Lions coach Jim Caldwell said.

Stafford knows he will have his work cut out for him especially after the results from last season’s game.

“They got a ton of talent. I mean you look around, they’ve got two extremely good edge rushers, a really good, if not the best, interior run presence guy in the league, an all-pro safety and two maybe three all-pro corners,’’ Stafford said.