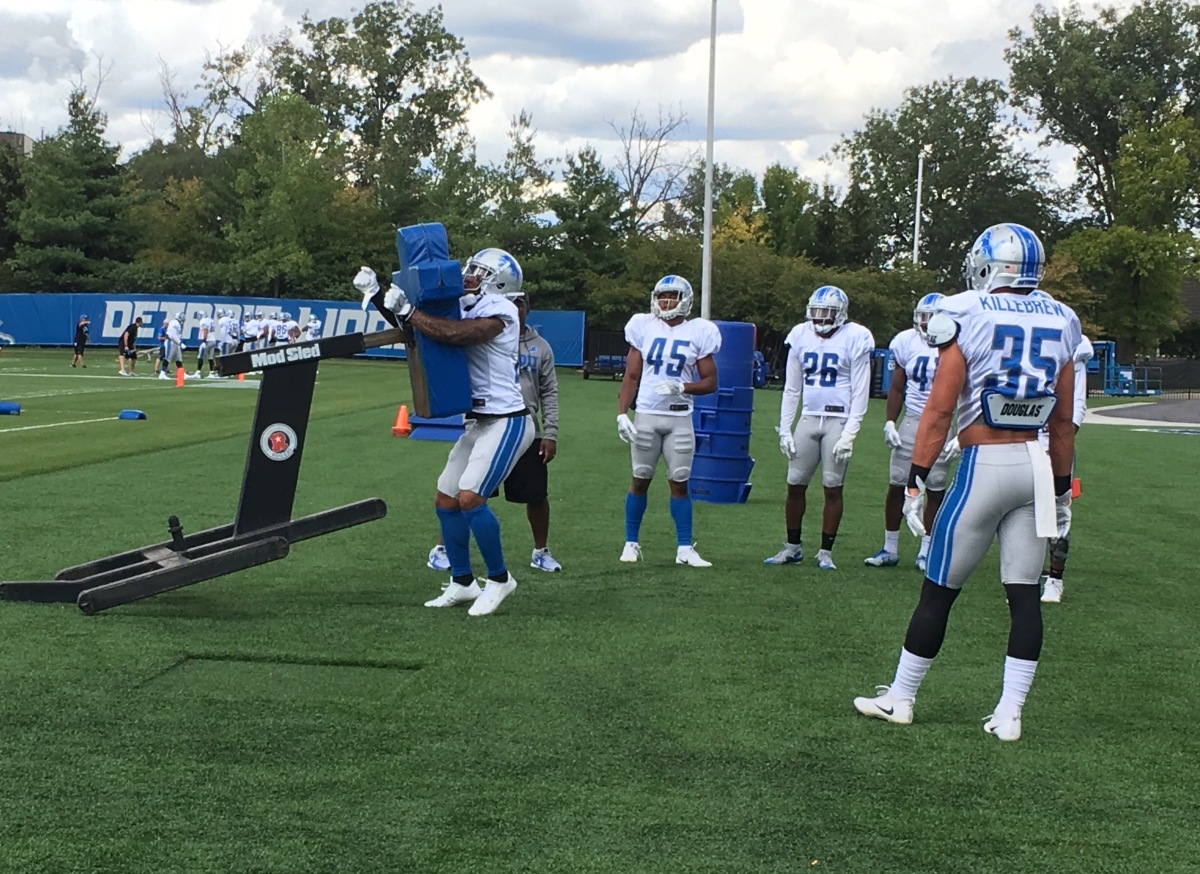 ALLEN PARK >> The Lions have not started a season with two straight wins since 2011 when they opened with a 5-0 record.

With an opening win over the Cardinals, the Lions’ next big challenge will be the New York Giants (0-1) tonight at MetLife Stadium.

Matthew Stafford didn’t have his best game when the two teams met in December but he also had a finger injury on his throwing hand.

There are not your 2016 Lions. Same goes with the Giants who lost their opener at Dallas.

While the LIons are not the youngest team in the NFL — that distinction goes to the Cleveland Browns — they do have young players at key positions.

Here are five to watch:

1. Nickel Quandre Diggs had a good game going up against veteran wide receiver Larry Fitzgerald. It was no surprise with his camp and preseason play. “I thought Quandre had a good game. I think when you look back two years ago when he was a rookie, he played really well the second half of the year, and we kind of expected that last year and he tailed off a little bit. I think this was just more of him getting back to form and playing the way he’s capable of playing,’’ defensive coordinator Teryl Austin said. “So, it was good to see.”

2. Safety Miles Killebrew’s interception and return for a touchdown may help comprise the best game of his career. He was brought along slowly last year as a rookie. The more opportunities he was given, the more he took advantage of them. It paid off. “We can do a lot more things with Miles because he understands our system a lot better. Last year was kind of, ‘Boom, where am I going, what am I doing? I’ll get there and make some plays because I have some talent.’ This year he kind of understands really our defense and what he has to do within the defense,’’ Austin said. “Not perfect, again like all of us, still trying to get better, still got a ways to go, but you can see that he’s much better equipped this year to make more plays and to play more plays. So, I’m happy where he is but he’s still got a long way to go.”

—3. Running back Ameer Abdullah needs to find a way to gather more rushing yards. The run game needs work as coach Jim Caldwell put it. Abdullah had 15 carries for 30 yards against the Cardinals and two catches for 11 yards. It’s a work in progress but no one is panicking with Abdullah and Theo Riddick healthy to start the season. “That’s run game and pass game, just having those guys back, I’ve said it 100 times is really beneficial for us as an offense. We think those guys are productive in the run game and tough to cover in the pass game. Just adds an element, adds a guy they’ve got to be aware of and maybe make some adjustments for, so we’re glad they’re up and rolling,’’ offensive coordinator Jim Bob Cooter said.

4. Rookie wide receiver Kenny Golladay’s two touchdown catches got his Lions’ career off to an impressive start. He’s good, he’ll get better. While the Lions obviously like what they have in Golladay, a third-round pick, they have been cautious in not over-hyping him and setting expectations too high. “I doubt the guy gets two every week, so if fans are expecting that, that’d be a little bit of a tall order. But he’s doing better, he’s getting better,’’ Cooter said. “He’s got a good head on his shoulders, he’s going about things the right way working real hard, so we’re excited to have him, excited to continue watching him get better and seeing where that leads us.”

5. Defensive end Anthony Zettel, in his first career start, had the Lions only sack and played well throughout. “Zet had a good game. Plays hard, just like he always does. Same things that he’s been doing in the preseason,’’ Austin said. “He carried it over into the regular season which is good to see. He’s been really improved from last year. The big thing is let’s see if we can improve this week and that’s really our goal.”