Johnson had six sacks while with the Lions in 2014 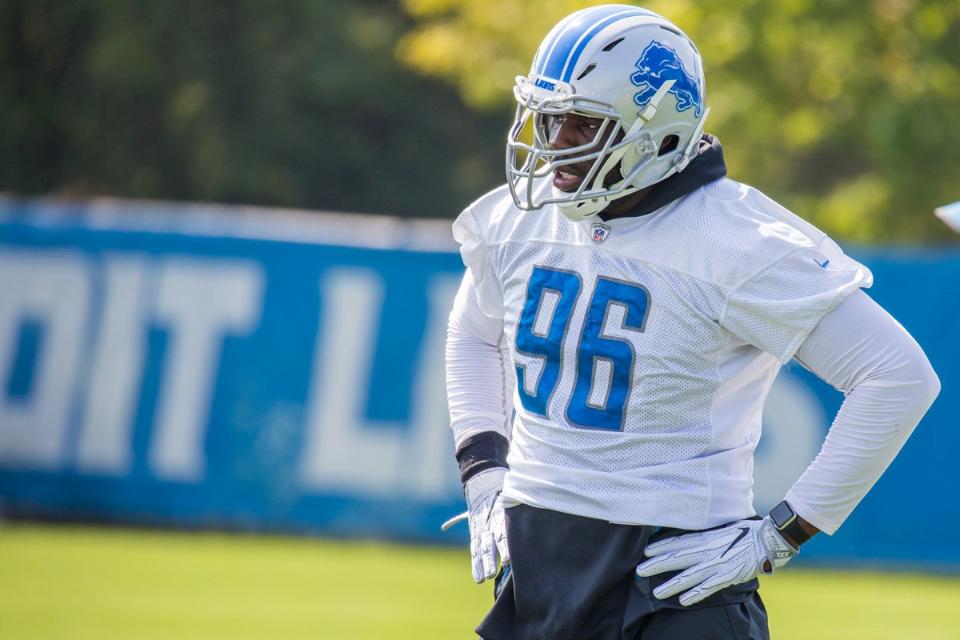 ALLEN PARK — Defensive end George Johnson has been in the NFL since 2010. But in only one season did he ever notch a sack. That was in 2014, his only season with the Detroit Lions, when he finished the season with six sacks in 16 games.

On Thursday the Lions announced they had signed Johnson who had spent the last two years in Tampa Bay. They waived undrafted rookie defensive end Alex Barrett.

The defensive line had been a concern going into the season but has played well, helping lead the Lions to a 2-0 start.

“We like George and we think he gives us a veteran presence in the room, and he gives us a good motor and obviously, we hope he can get back to the form he was in 2014,’’ defensive coordinator Teryl Austin said.

“We know he can contribute, otherwise we wouldn’t have brought him back and he still has the same kind of fire he had when he was here. He’s still the same guy that works extremely hard, heavy-handed guy that can make some things happen and the rest of it we’ll see,’’ Caldwell said. “We certainly believe that, but to the magnitude that he — I mean he had an outstanding year that year, and those are hard to duplicate, but he will contribute to our team.

“I think (Johnson) and Kris (Kocurek) have a real good synergy, what TA (Teryl Austin) puts him in on defense, all of those things kind of tie in hand-in-hand together, so he had an exceptional year and hopefully he can come in and do a few things for us which I believe he will,’’ Caldwell added.

“Just the atmosphere, the coaches, the players, it was a team thing. It wasn’t guys who feel like they were on different pages,’’ Johnson said. “When I was here the first time it was (Jim Caldwell’s)  first time coaching. He just brought it out of us. He told us every week to go after it, hold nothing back, he never lied to us about what we were going to do and he always made sure he took care of us. When he took care of us we took care of him and we went out there and gave it our all for him.’’

He had nothing but good to say about Kocurek, the fiery defensive line coach.

Johnson said he worked out for the Lions a few weeks ago, but they wanted him to slim down. So he went back to his home in Tampa and worked off the pounds. He’s down to 260 which is the weight he played at during his previous tenure in Detroit.

“When you carry less (weight) you’re not dragging a sled behind you, so you’re playing a little more quicker, your movements are more precise,’’ Johnson said.

He should fit in quickly because he’s familiar with the defensive scheme, even though there might be some new terminology.

He’s had an eye on the defensive line during their first two games.

“They played extremely hard, I was watching the Giants game how they really got after it, relentless pressure, relentless attack. They never stopped, they never gave the offense a chance to even recover,’’ Johnson said. “They were after it the whole time. Just watching them the first two weeks (I’m thinking)  if they bring me in where do I fit? That’s a tough group of guys.’’