QB’s throwing hand stepped on in loss at Ravens 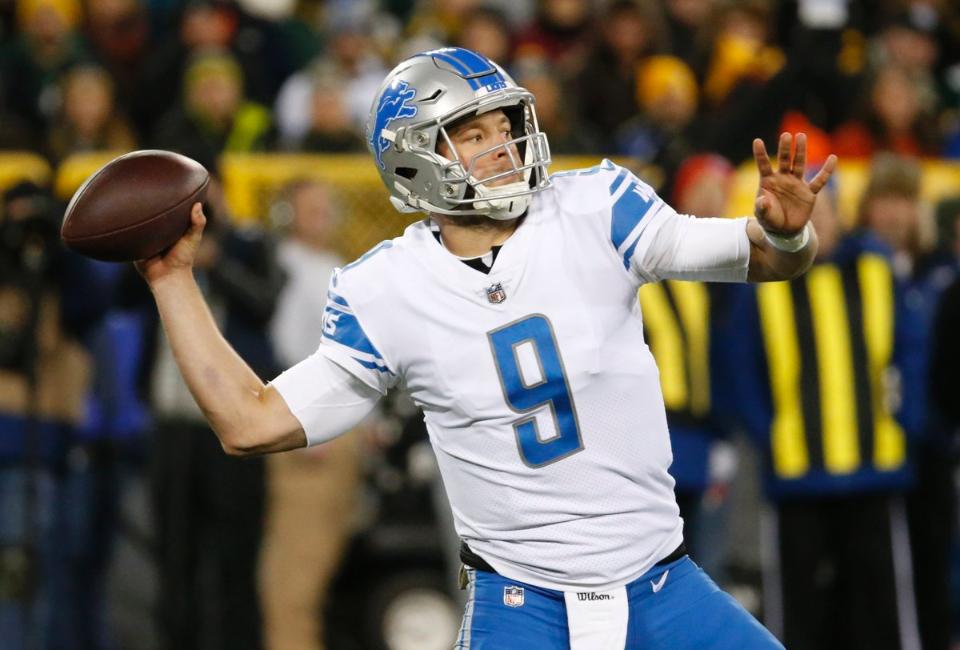 ALLEN PARK — Lions quarterback Matthew Stafford threw passes in Thursday’s practice, after not attempting a pass in the portion open to the media on Wednesday.

Stafford had his right, throwing hand stepped on in Sunday’s loss at Baltimore. X-rays showed no broken bones but it is severely bruised. The quarterback, in his ninth season, is known for his toughness.

He has started 108 consecutive games and, if the practice is any indication, it looks like Stafford could start on Sunday when the Lions visit Tampa. The ball looked like it had its usual Stafford zip.

If Stafford can’t go, Jake Rudock will get his first NFL start.

“Obviously we get a chance to see (Rudock) every day. I mean he’s working, and in every area he’s improved throughout the year. And I think that’s what you find with a young quarterback, they just continue to get better and he’s improving in all areas,’’ Caldwell said.

If Rudock is the starter, offensive coordinator Jim Bob Cooter said he’ll have a game-plan that plays to Rudock’s strengths. At the very least there would likely be less downfield shots than Stafford attempts. No slam on Rudock, but Stafford has the strongest arm in the NFL.

Rudock finished Sunday’s game completing 3 of 5 attempts for 24 yards with an interception.

“Obviously any reps you get in the course of a ballgame’s going to help you one way or another. You’re going to learn from it, it gives you a little bit of experience. It kind of gets the nerves out of there a little bit just in terms of getting a guy familiar with his footing, but he’s played preseason games and those kinds of things, but regular seasons a little bit different,’’ Caldwell said. “So, that’s helpful but obviously it’s not much of a sample size for him, it’s just very few, but he’ll be fine.”

Buccaneers coach Dirk Koetter said on a conference call on Wednesday, he was aware of Stafford’s hand injury and they would go after it.

Caldwell said he knows Koetter and said that comment “was in jest.”