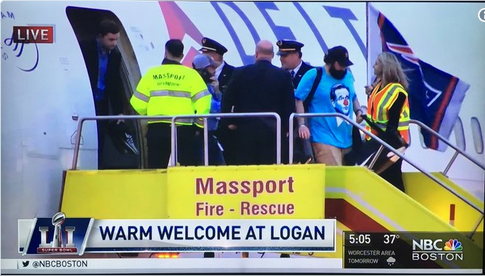 Quinn’s background with the Patriots, makes it a natural assumption that he will look at New England’s defensive coordinator Matt Patricia.

The Lions have requested to talk to Texans defensive coordinator Mike Vrabel, per ESPN’s Adam Schefter. Vrabel would be available immediately since the Texans are not in the playoffs.

A request has also been submitted to talk to Panthers defensive coordinator Steve Wilks, per Ian Rapoport of the NFL Network.

None of the three have served as an NFL head coach.

Quinn will hold a press conference at 2 p.m. on Monday.

Here’s a look at three of the top candidates.

— Patricia, 43, is a three-time Super Bowl champion with the Patriots where he has worked since 2004. He started as an offensive assistant and has served as defensive coordinator since 2012. In the 2017 season, the Patriots defense was ranked 29th in the NFL, allowing 366.0 yards per game. Patricia apparently is not a huge fan of NFL commissioner Roger Goodell.  After the Patriots won Super Bowl LI, Patricia wore a shirt that featured Goodell with a red clown nose. He wore the shirt while deplaning at Logan International Airport in Boston. (See photo above, courtesy of NBC Boston.)

— Vrabel, 42, played defensive end at Ohio State. He spent 2017 as Houston Texans defensive coordinator after working as the Texans linebackers coach from 2014 to 2016. The Texans finished the 2017 regular season with the 20th ranked NFL defense, allowing 346.6 yards per game.  He coached at Ohio State from 2011-2013.