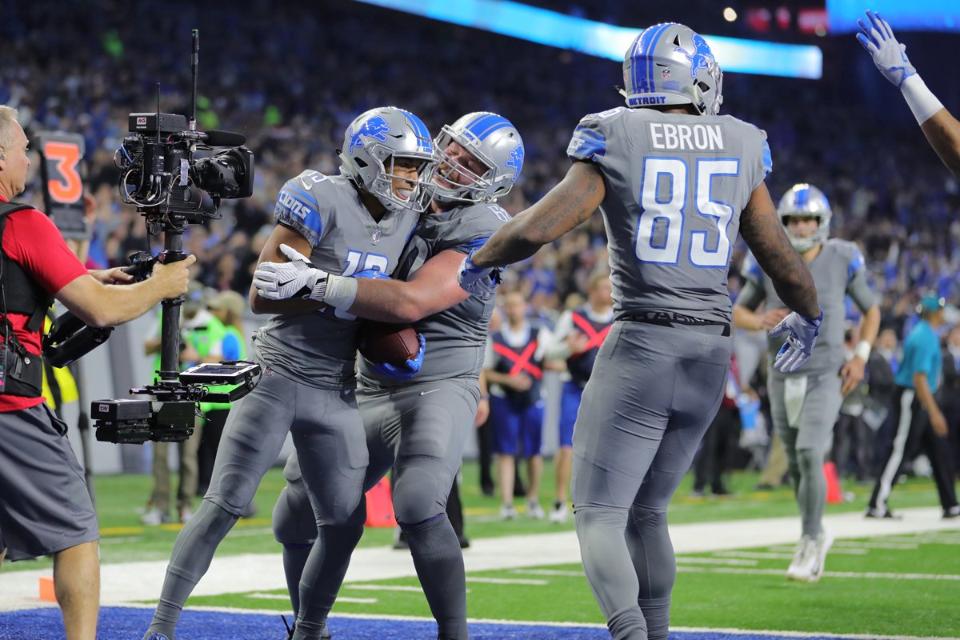 Tight end Eric Ebron is no longer with the Lions. The team announced they had released him at 3:10 p.m. today (Wednesday).

Since they apparently couldn’t find a trade partner, they released him an hour before his $8.25 million salary would have been guaranteed. Rumors have been flying that Ebron could be gone, so this is not a huge surprise.

Ebron has a huge personality and questionable hands.

Now the Lions are in the market for two tight ends. Darren Fells has reportedly agreed to a three-year $12 million deal with the Cleveland Browns.

That leaves two tight ends on the roster — Michael Roberts and Hakeem Valles.

Roberts, a fourth-round pick in 2017, had four catches for 46 yards and zero touchdowns in 15 games as a rookie. Roberts showed promise. So we will see. Valles played in one game for the Lions in 2017 and 11 games for the Cardinals in 2016. He hasn’t registered a catch in the NFL.

In 2017 Ebron had 53 catches for 574 yards and four touchdowns. Not a horrible year, but apparently not good enough to keep him around for $8 million-plus.