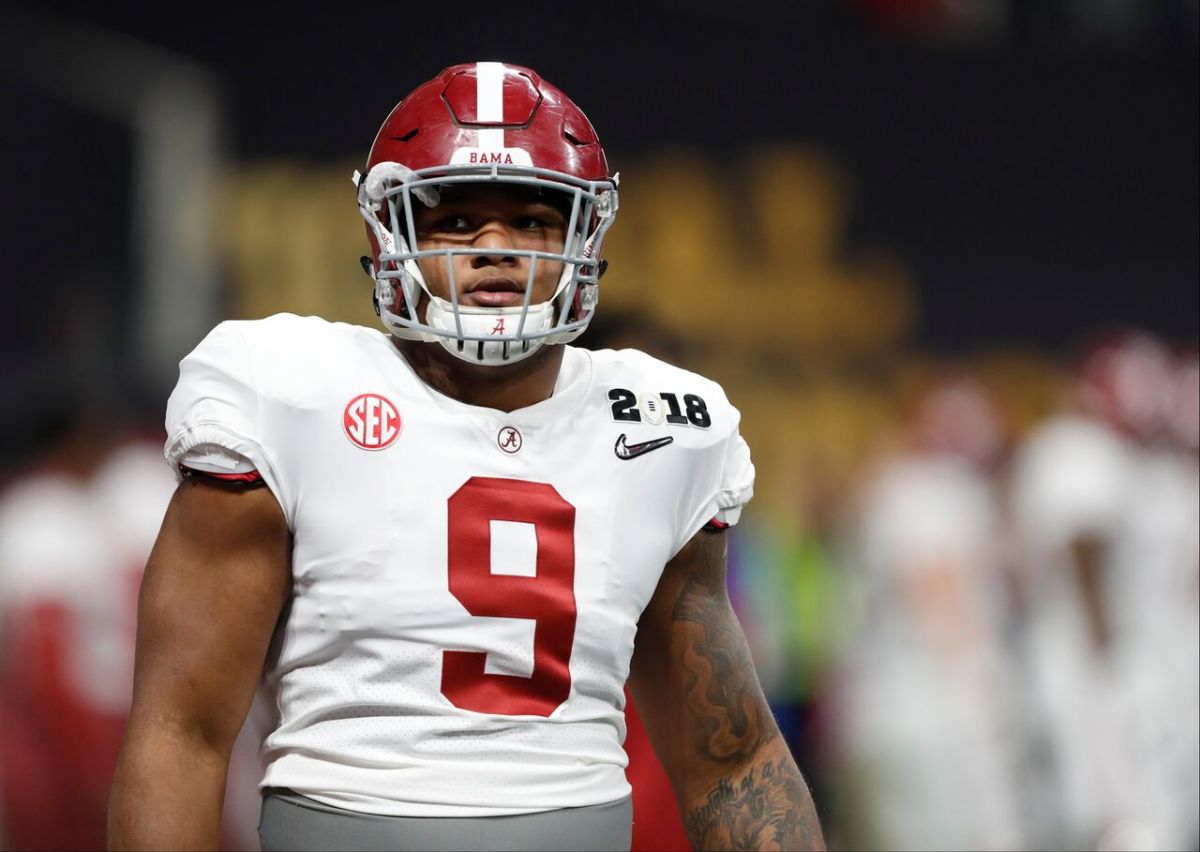 The Lions traded the New England Patriots their 2019 third-round pick for a fourth-round pick in Saturday’s final round of the NFL draft.

They used it to address the defensive line needs by selecting Alabama defensive end Da’Shawn Hand with the 114th overall pick.

He’s got two connections with the Lions. He played with defensive tackle A’Shawn Robinson at Alabama and Bo Davis, the Lions’ new defensive line coach, was Hand’s line coach at Alabama in his first two seasons.

“He helped develop me to the player that I am. I’m just excited to be reunited with those guys,” Hand said on a conference call on Saturday.

He sounds excited about heading to Detroit. “You know, with Coach Bo (Davis) there, I know they’ve got a kind of similar scheme like Alabama did. It’s just a whole bunch of dogs, so I’m just ready to be a part of that unit,” Hand said.

Hand said getting the phone call was like the best feeling in the world.

“You just work for so long to get to a goal. I mean, it was a childhood dream. And now it’s a dream come true. Now, I’m just ready to work hard and fulfill what I’ve got to do,” Hand said.

NFL.com analyst Lance Zierlein’s prospect overview on Hand: “In 2014, he was considered the top-rated recruit in the nation but failed to find the production and accolades that were expected of him. While he possesses NFL size and ability, he hasn’t always played with the fire or urgency we have come to expect from Alabama defenders. Hand is a versatile defender who could be targeted as a base end who reduces inside on passing downs. He’ll likely be drafted on Day 2 based on the traits, but he’s hardly a lock to match the production to the talent as a pro.’

He was arrested for driving under the influence in July 2017, though he was actually found sleeping behind the wheel of the car while it was parked.

Per NFL.com: “At Alabama, Hand played in nine games as a true freshman, making seven stops including two sacks. Hand played in every game as a reserve in Alabama’s deep defensive line rotation in their 2015 national championship season (16 stops, 6.5 for loss, three sacks), making an impact in the title game with two tackles for loss against Clemson. That depth kept him from starting again in 2016, but he was a regular contributor (21 tackles, 3.5 for loss, two sacks) using his length, strength, and athleticism to factor in plays where he didn’t collect a stat.”

Going into today’s final rounds, the Lions had only two picks — fifth round and seventh round. Quinn had traded the fourth round pick to the Patriots on Friday to move up to take running back Kerryon Johnson.

Saturday’s move was the third draft pick that GM Bob Quinn has made with the Patriots, his former team. He said on Friday night that’s it’s easier and more efficient to make trades with people he knows.

Inside offensive lineman Frank Ragnow was the Lions’ first-round pick. Other draft picks so far: Running back Kerryon Johnson in second round, S Tracy Walker in third round and tackle Tyrell Crosby in the fifth round.