Quarterback optimistic about this season 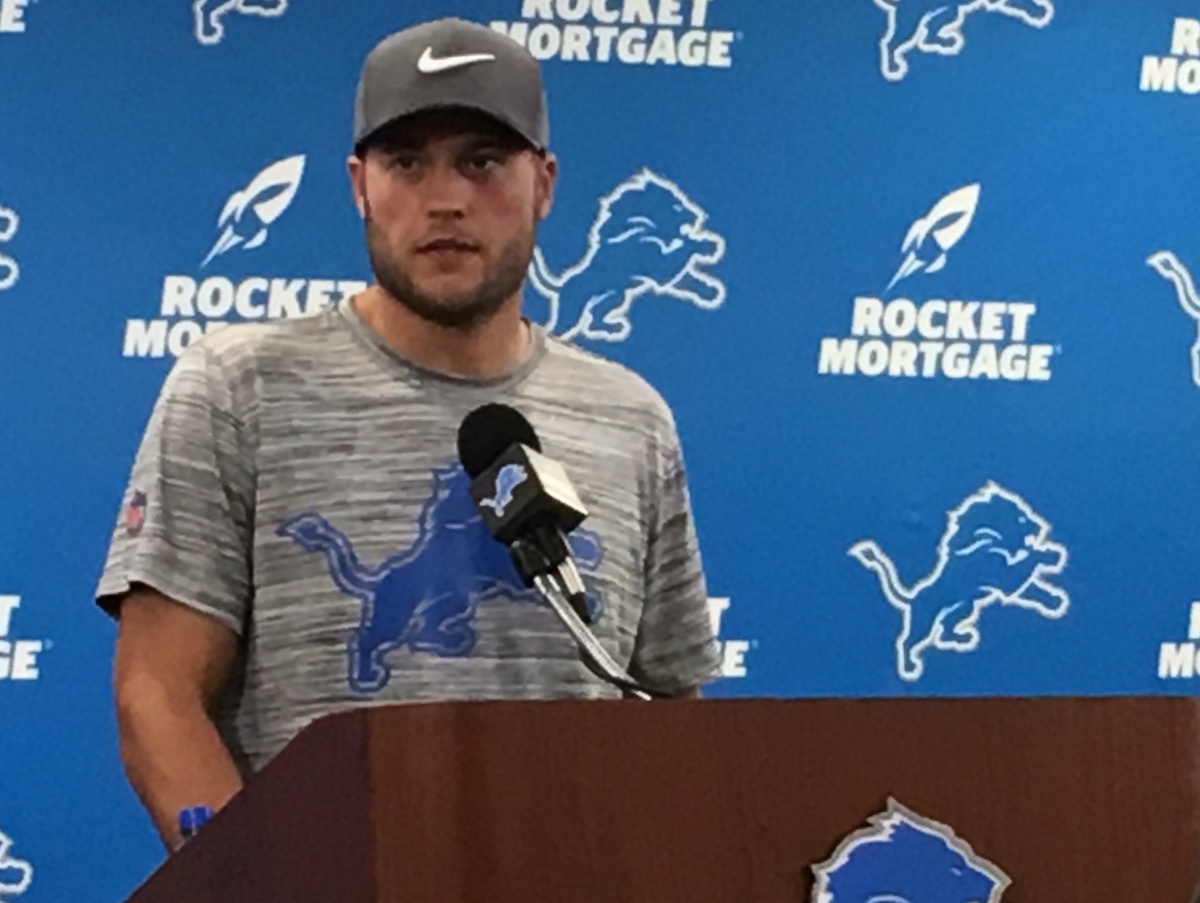 ALLEN PARK >> Nine years ago, Matthew Stafford was 21 and about to enter his first training camp with the Lions. The young quarterback with the multi-million dollar arm had a little weight on his shoulders. First, he was the NFL’s top overall draft pick. Second, the Lions were coming off an 0-16 season.

Still, one of the first questions he had to answer back then was whether he prefers to be called Matthew or Matt.

On Thursday, Stafford stood at the podium at the Lions practice facility with many of the same goals — making himself a better quarterback and leading the team to success. At heart, the quarterback remains the same, now it’s just the questions that are different.

Year 10 starts with the opening of training camp on Friday.

“You learn every year, last year was no different. Just excited to be back, excited to have all the guys in here. We got here a little early and had a chance to get settled in,’’ the 30-year-old Stafford said. “I’m excited. Every year is a different year — new players, new coaches, all of that stuff. Always happens in this league this year is the same.’’

1. One running thread from his media session on Thursday was how last season means nothing in the grand scheme of the NFL. It’s good that he has familiarity with most of his offensive teammates but they all know they have to put in the work. “Just because we had a good year throwing the ball last year or a guy had a great season running the ball or whatever it is, doesn’t mean it’s going to happen again. We understand that,’’ Stafford said. “You’re in this business long enough you understand that year to year you have to prove it. We’ve got a bunch of really competitive guys, guys who will work extremely hard to go out there and prove it.’’

2. He’s got a good feeling about this season but that is not unusual. “I’m optimistic every year, I know the work I put in, I know the work that my teammates put in, our coaching staff puts in, in the offseason. I know it’s not going to falter now. It’s going to get ramped up even more. You can look around and see the guys working next to you and feel pretty good about it,’’ Stafford said.

3. While the Lions have a new head coach in Matt Patricia, offensive coordinator Jim Bob Cooter brings continuity entering his fifth season. “As a player, as a leader on the team, it’s on me to adapt to that and get us going in the right direction as soon as possible. Coach Patricia is no different, he and I have great dialog and talk quite a bit. I’m doing everything I can to lead these guys in the right direction,’’ Stafford said. Cooter acknowledged that he and Stafford continue on the same wave length with good and easy communication.

4. Stafford’s 10th training camp will be easier in many ways, but tougher in others. “Just experience in this league, obviously you’re comfortable with the way training camp is going to go and the way preseason is going to go and you know what regular season is all about — just those experiences,’’ Stafford said. “There are probably a couple things are harder too. Just getting up and moving around and doing all that is more difficult as you play more years. … I think none of it is easy. I’m always trying to find a way to be better. I don’t see myself as a finished product. When I was 21 years old I felt pretty good most days. Now, I don’t feel bad but it’s different, a little bit of a new normal but I feel as good as I’ve felt going into camp for a long time. I feel really healthy and ready to go.’’

5. He’s thrown for 34,749 yards in his first nine seasons but readily admits he is not a finished product. He’ll go from year to year picking out areas of his game that need improvement. “You’re trying to create as good of habits as you can possibly. Our game is so reactionary you can’t think about a lot of the stuff you’re doing out there. It has to be good habits and good reactions. And the more times you can put yourself in those situations on the practice field it’s going to translate to the game,’’ Stafford said. “That’s what I do try to put the hard work in, so when we’re playing on Sundays I’m doing the right thing.’’