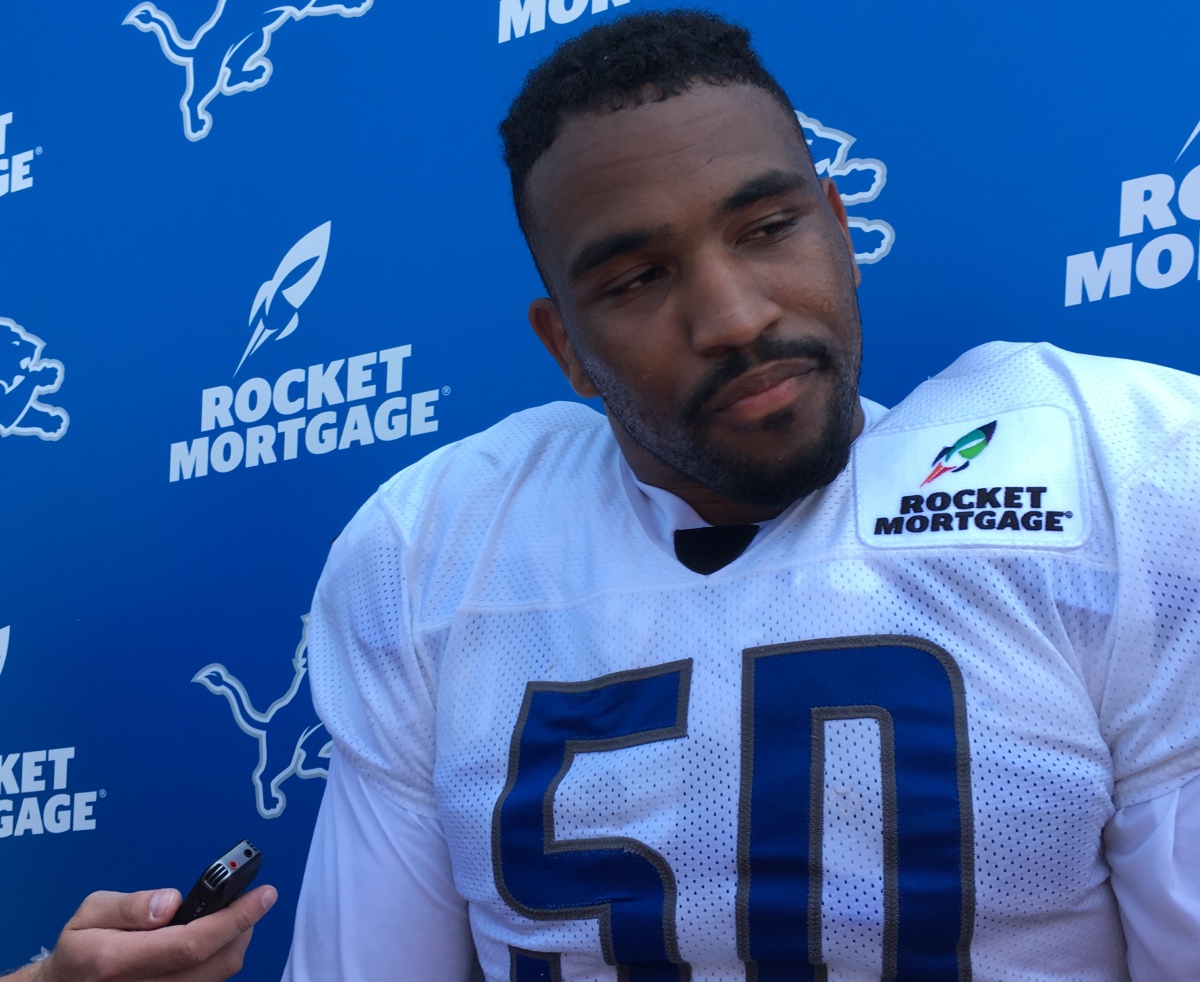 After cornerback Teez Tabor tipped the ball which was thrown by Matt Cassel and intended for Kerryon Johnson, Sankey positioned  himself to catch it for the interception and run it back.

“We were in one of our fronts, I seen the ball tipped in the air, amazing play by the cornerback, seen the ball, hopefully I grabbed it,’’ Sankey said. “We practice that a lot — especially as linebackers — go up, get the ball and try to take it home for the team,’’ said Sankey who was whistled down short of the goal line.

The scrimmage gave the team a chance to put together everything they have learned from coach Matt Patricia and his staff in the first eight days.

Patricia talked to the media minutes prior to Saturday morning’s practice and wouldn’t tip his hat whether there would be a scrimmage. It all became clear when the public address announcer made his presence known.

“There’s a scrimmage element in every practice, which is great. We do different periods against each other from a team aspect and work on different points of emphasis. I would say we’re getting more into the mode of down and distance, so it’s first, second, and third down kind of consecutively from that standpoint. Which is great, because you can transition from the different modes,’’ Patricia said.

It was a big day for Sankey, who was undrafted in 2016 out of Sacramento State and has made his way to six other NFL teams mostly in short stints on their practice squads.

“We’re a week and a half into camp so we’re learning how to play, how to mold and learning the defense, the offense, everything goes to the team,’’ Sankey said. “It establishes a brotherhood as well we’re hitting but at the end of the day it’s all love, we’re all teammates.’’

Sankey signed on July 26, the day before camp started. So he’s got plenty to learn about the Lions defense.

“The first and foremost thing is learning the playbook, that’s the main thing, learning how the scheme goes, learning the team, learning different types of checks and calls and fronts, learning the coaches and how the Detroit Lions play,’’ Sankey said. “And obviously showcasing your skills and show them what you can do.’’

Sankey faces tough competition to make the 53-man roster. He’s had a few plays that pop during camp but none bigger than Saturday’s interception.

It doesn’t mean he’ll make the team, but he may have improved his chances.