Luke Willson on field but doesn’t participate in drills 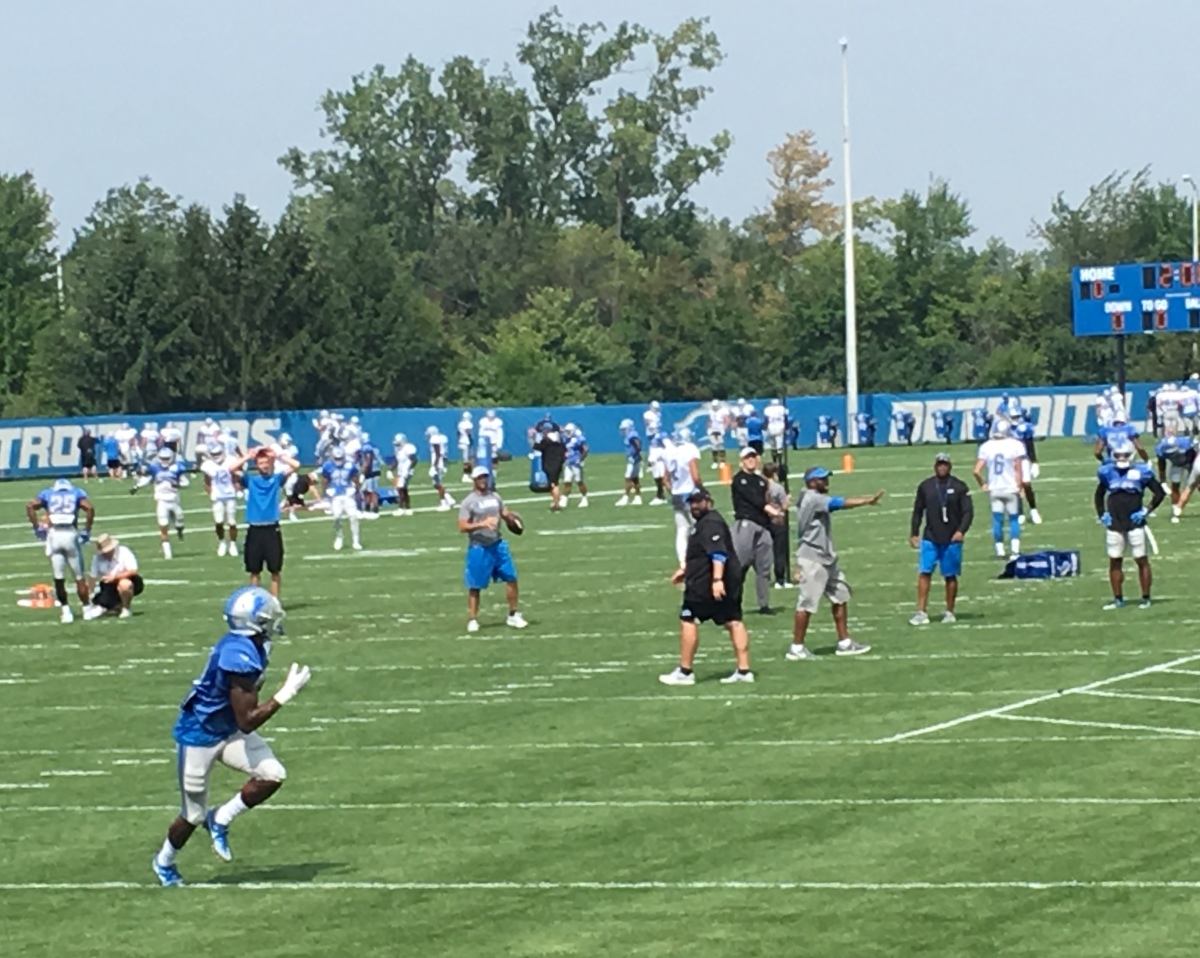 ALLEN PARK >> With the roster cut deadline approaching at 4 p.m. on Saturday, the Lions remain in evaluation mode.

The signed veteran defensive end Robert Ayers on Monday. Ayers, who will turn 33 on Sept. 6, spent the past two seasons with the Tampa Bay Bucs where he played in a dozen games with 10 starts. Ayers was a first-round pick in 2009 by the Broncos. Will be interesting to see if he has much left. He practiced on Monday. Would expect to see him in Thursday night’s game against the Browns at Ford Field. He wears No. 90.

— Tight end Luke Willson was on the field for stretches on Monday morning but did not appear in the portion of practice open to the media. Naturally Matt Patricia would not comment on Willson at his press conference just prior to practice. Willson was injured in Friday night’s game and could not finish.

— Right guard T.J. Lang was back at practice, but center Graham Glasgow was not. Glasgow was working on his own on the sidelines.

— Linebacker Eli Harold, who was acquired in a trade with the 49ers on Thursday, was also on the field for Monday’s practice wearing No. 51. “This is a guy who’s got great leverage. He’s really long (6-foot-3), does a good job with his punch and his strike, and you can really kind of see him use that leverage to his ability especially out on the edge,’’ Patricia said on Monday. “Now he’s also a really good—showing some flashes in the pass rush game, too, which is positive from that standpoint. So, we’ll see what that looks like when we get him in.’’

— The battle for the Lions’ backup quarterback is ongoing between Jake Rudock and Matt Cassel. Patricia would only say they are still in evaluation mode like at every position. They should split time during the final preseason game on Thursday. Rudock was Matthew Stafford’s backup last season and played in three games, completing three of five passes and throwing for an interception. Cassel, 36, enters his 14th NFL season after spending the past two seasons with the Tennessee Titans. He knows Patricia after spending his first four NFL seasons with the New England Patriots.