Chase Daniel’s last start was in 2014 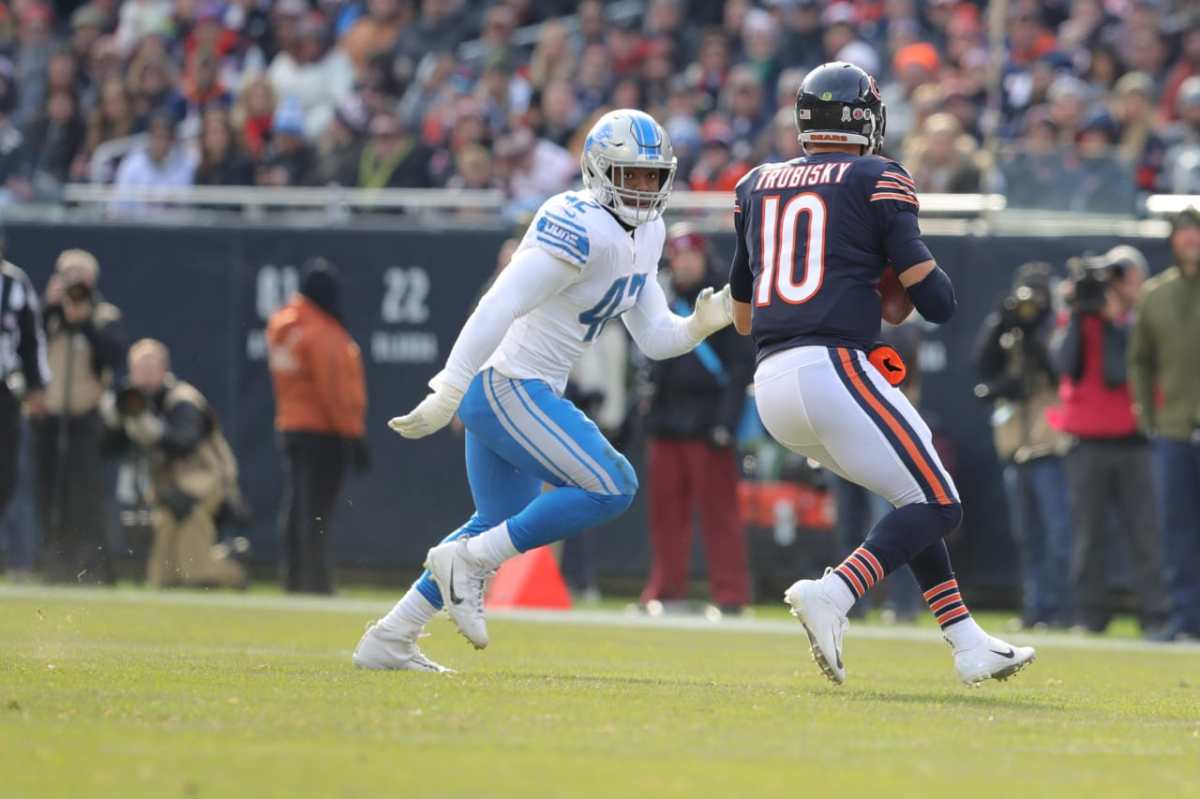 ALLEN PARK — Bears quarterback Chase Daniel could make his first NFL start since 2014 on Thanksgiving against the Detroit Lions.

Starting quarterback Mitchell Trubisky, who injured his shoulder in Sunday night’s win over the Vikings, will likely be a game-time decision. Bears coach Matt Nagy said on Tuesday that Trubisky is day to day.  The coach is not holding back information he just doesn’t know.

“I wish I could tell you, I wish I could tell people here. It’s just, we have to be able to see exactly where he’s at as we go forward and we won’t know that, really, it’s such a short week we won’t even know it up until the game,’’ Nagy said on a conference call on Tuesday.

Trubisky, who has helped lead the Bears to an 8-4 record and first place in the NFC North, threw for 355 yards and three touchdowns in Chicago’s Nov. 11 win over the Lions.

The Lions have to be prepared for both quarterbacks.

“Obviously, in the situation with Chase Daniel, the guy is very versed in the system. He’s played in it for a while, he’s been with Nagy before, he understands it, has complete control of the system,’’ Lions coach Matt Patricia said. “He’s a veteran guy, he’s out there quite a bit. A little bit different than Trubisky, but as far as the operation of the offense, none of that really will change.”

Because of the short week neither team is holding regular practices, both are having walk-throughs instead. So it’s not like Trubisky is missing practice.

“None of our guys are doing anything right now. We’re all mental. There’s just not enough time. Everything we’re doing is mental right now,’’ Nagy said. “As far as practice is concerned, it’s all walk-throughs and there’s nothing physical going on.”