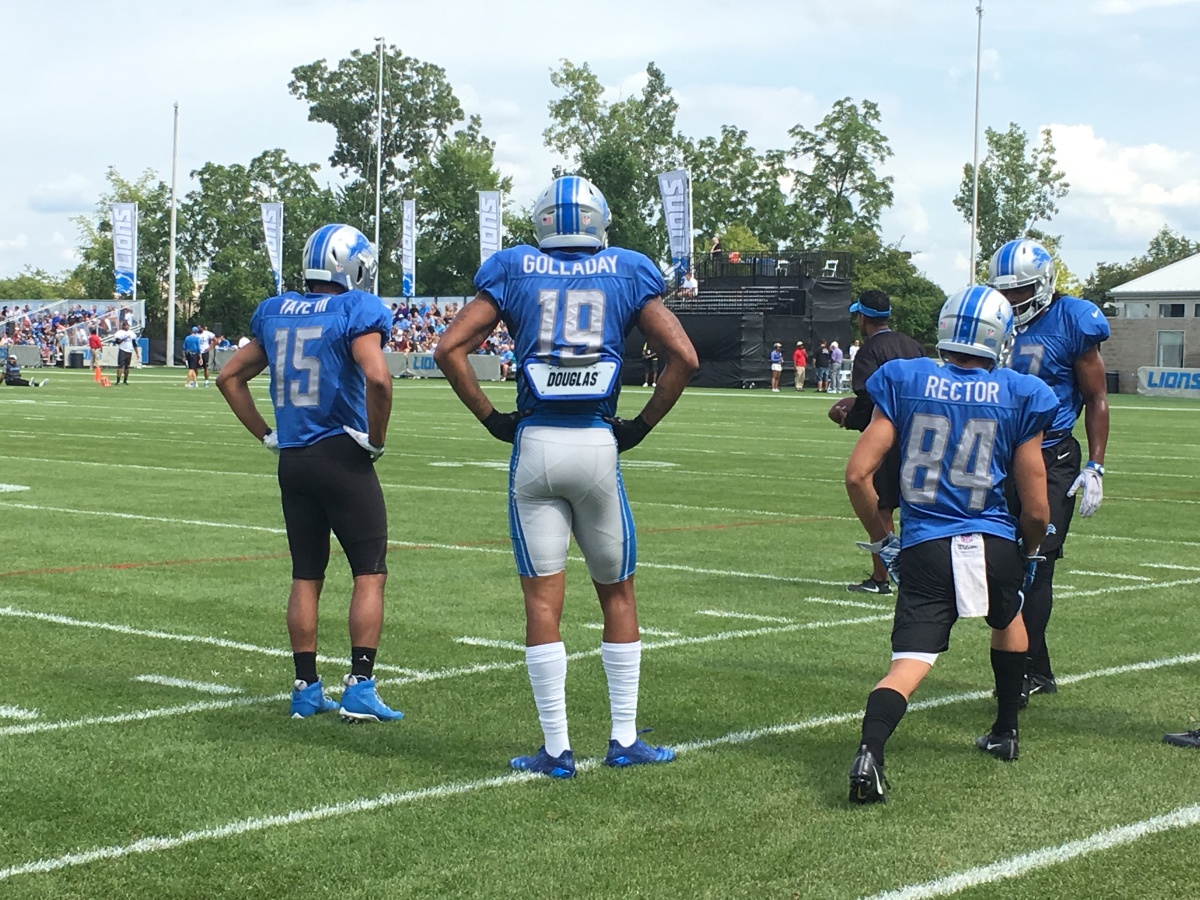 After two days of joint practices, the Lions and Colts will face off at 1:30 p.m. on Sunday in the preseason opener for both teams at Indianapolis. (In Detroit, the game will air on FOX 2.)

Typically in this first game, starters might see about a quarter of playing time depending on how the game unfolds.

Here are five positions to watch:

1. Greg Robinson seems to have the edge at left tackle to hold down the position until Taylor Decker is able to return. It’s not a done deal though. Cyrus Kouandijo was also signed to get a look for the left tackle spot. Both are veterans and this battle could continue through the four preseason games.

2. At wide receiver there are plenty of bodies. The Lions could have some tough decisions to make here. Golden Tate, Marvin Jones and rookie Kenny Golladay are locks. Then there’s a bottleneck for the fourth and fifth spots (if they keep five). TJ Jones, Jared Abbrederis, Keshawn Martin and Jace Billingsley have had solid camps so far. TJ Jones has been a bit of a surprise coming up with tough catches in traffic.  Even coach Jim Caldwell is uncertain how many wide receivers they will keep. “It just depends on how many guys are kept at other positions. What we think, you know, we may have some guys that take us above maybe what our normal limit would be in terms of how many we would keep. It changes. There’s a lot of positions involved in that,’’ Caldwell said this week. The number of tight ends could play a factor, same with running backs.

3. Defensive end is another key area to watch. Ziggy Ansah likely won’t play at all since he’s been out with an undetermined injury. That gives the others a chance to go against the Colts’ first unit. Kerry Hyder and Anthony Zettel are listed as starters on the depth chart. Armonty Bryant, who is suspended for the first four games, and Cornelius Washington are next up. Still keep an eye on Alex Barrett (No. 79), the undrafted rookie who has opened eyes in camp. Plenty of tough competition at this spot.

4. Not sure how much we’ll see of Ameer Abdullah, who missed the final 14 games in 2016. He’s looked fine in camp but Caldwell won’t want to take unnecessary risks. Same for Theo Riddick who is coming off surgery on both wrists. Quietly Zach Zenner has had a good camp, especially during goal-line plays. Mike Asiata and Tion Green should get plenty of reps along with Dwayne Washington who was hot and cold as a rookie last year.

5. Jarrad Davis, the first-round pick, has looked good as middle linebacker in camp. It will be interesting to see how that translates to a preseason game. Chances are good it will carry over. Tahir Whitehead will start on the weakside and Antwione Williams on the strong side. Still plenty of time to make changes. Watch rookie Jalen Reeves-Maybin, veterans Paul Worrilow and Nik Bellore, along with Brandon Copeland.

BONUS: Safety Miles Killebrew could come out hitting. Also Teez Tabor plays with a chip on his shoulder so let’s see how it goes in a game situation.