They need Abdullah and Riddick to stay healthy 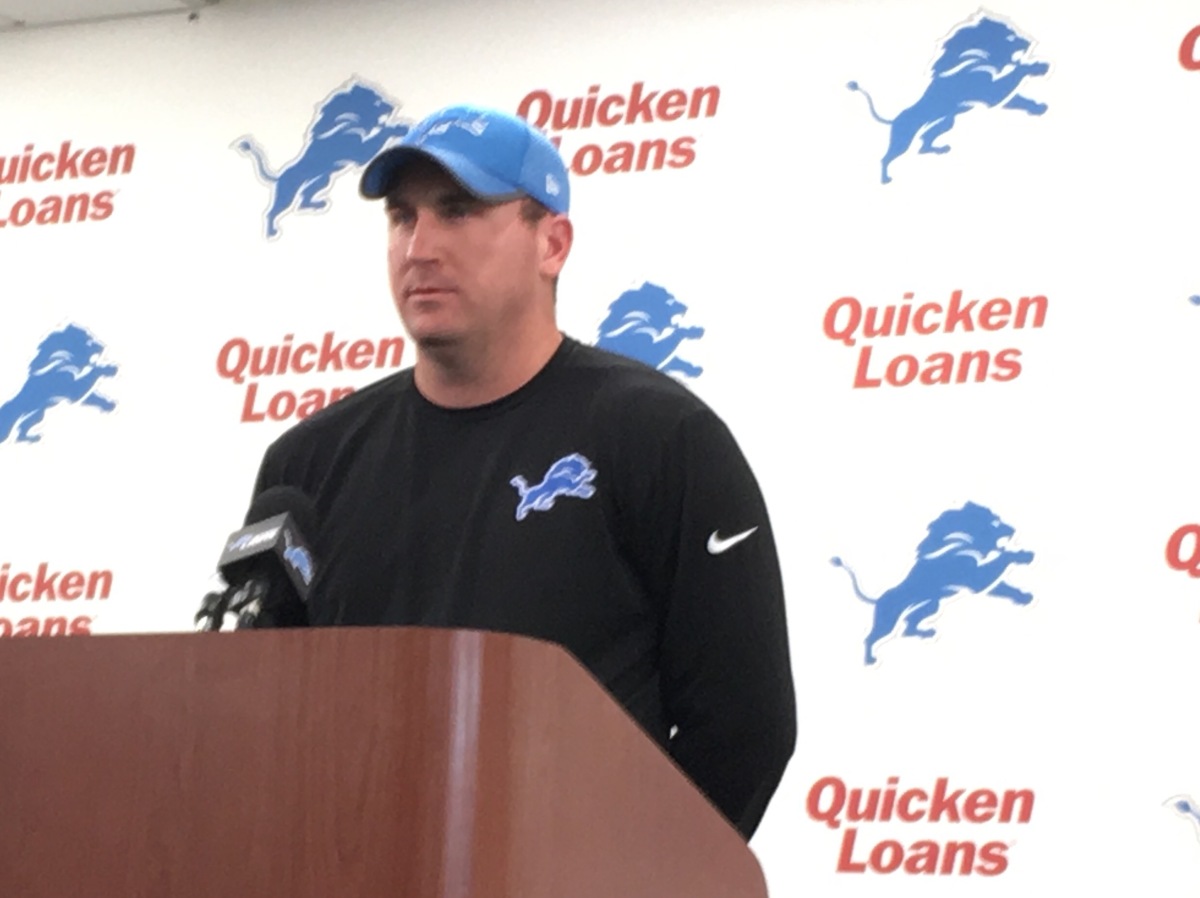 Hope is certainly not a strategy when it comes to the Lions’ run game which was ineffective for the past several years. It was ranked 30th in the NFL in 2016, 32nd in 2015.

It’s been a point of emphasis all through the offseason. It’s a big reason they signed veteran free agents T.J. Lang to play at right guard and Rick Wagner for right tackle.

Offensive coordinator Jim Bob Cooter (in photo) has been working on it too.

“It’s been a big, big, big point of emphasis for me, myself. So, just dealing with my own background, what I’ve gone through, all that stuff. It’s been a really, important point of emphasis for me this offseason,’’ Cooter said this week. “I think I have personally improved in the run game, how I seen things, how I call things, some of those things. And at the same time, it is a player’s game.’’

Coach Jim Caldwell said the run game will be a concern for him until he is satisfied with it.

“Sometimes it just takes you a while, takes you a little bit longer than what you’d like in some cases. But that’s the way this game is. It’s not an easy fix and you’d like to see it turn around immediately, but that’s not the case,’’ Caldwell said.

He’d like to see 100 rushing yards a game. He’s not greedy, said they don’t have to run for 150 yards, but must be respectable.

Caldwell is optimistic the ground game will improve when the season starts on Sept. 10.

He has two specific reasons to see the glass as half full. Their names are Ameer Abdullah and Theo Riddick.

“I think I’ve told you on a number of different occasions that when you take a look at the stats, just look at them don’t take my word for it, when Ameer’s in the game, and he’s healthy, and he and Riddick are in the ball game, you look at our numbers,’’ Caldwell said. “And so, those are the things that make us all feel that we can get it done. But not only that, Zach Zenner can run the ball, we got a young guy in (Dwayne) Washington who’s coming along. And they also have to make certain defenses when they see us say, ‘There’s always a passing threat.’ So, when there’s a passing threat, often times that opens up some runs for you just in terms of being able to find some seams.’’

Cooter may be a young coordinator at age 33, but he wasn’t born yesterday.

He’s studied the film, but knows the reality.

“Outside of that (option) type of football, there’s not a lot of magic, creative run plays. A lot of guys are running the same run plays. If you leave this system and go to another system, you might call it some other word, but you know, our six or seven, or eight guys are blocking their six or seven or eight guys in the same pattern,’’ Cooter said.

”It looks the same whether you’re watching our game on FOX, or you switch over to CBS and you watch one of those AFC games back-to-back. So, we’re doing the same thing, I’m excited. I think our guys are getting better, what you’re supposed to do in training camp, and I do think we’re going to be better running the football this year,’’ Cooter said.

Obviously the Lions need Abdullah and Riddick to stay healthy. Zenner has had a good offseason and there is optimism that Washington will take a leap after his rookie season when his ability to find holes to run through was an issue.

“When (Washington is) able to find the point of attack and hit it, he’s tough to bring down. He runs over guys, through guys, around guys,’’ Cooter said. “I think he is improving with his run reads and where he’s putting the ball. He’s improving in pass protection, which is something that doesn’t always show up maybe to the naked eye, to the fan at home on the TV copy. He’s a young guy that this is a big offseason for him to improve. I see him making those strides. Needs to keep them coming, but I do see him making positive strides, and like I said, really physical guy. I would not want to tackle that guy.”