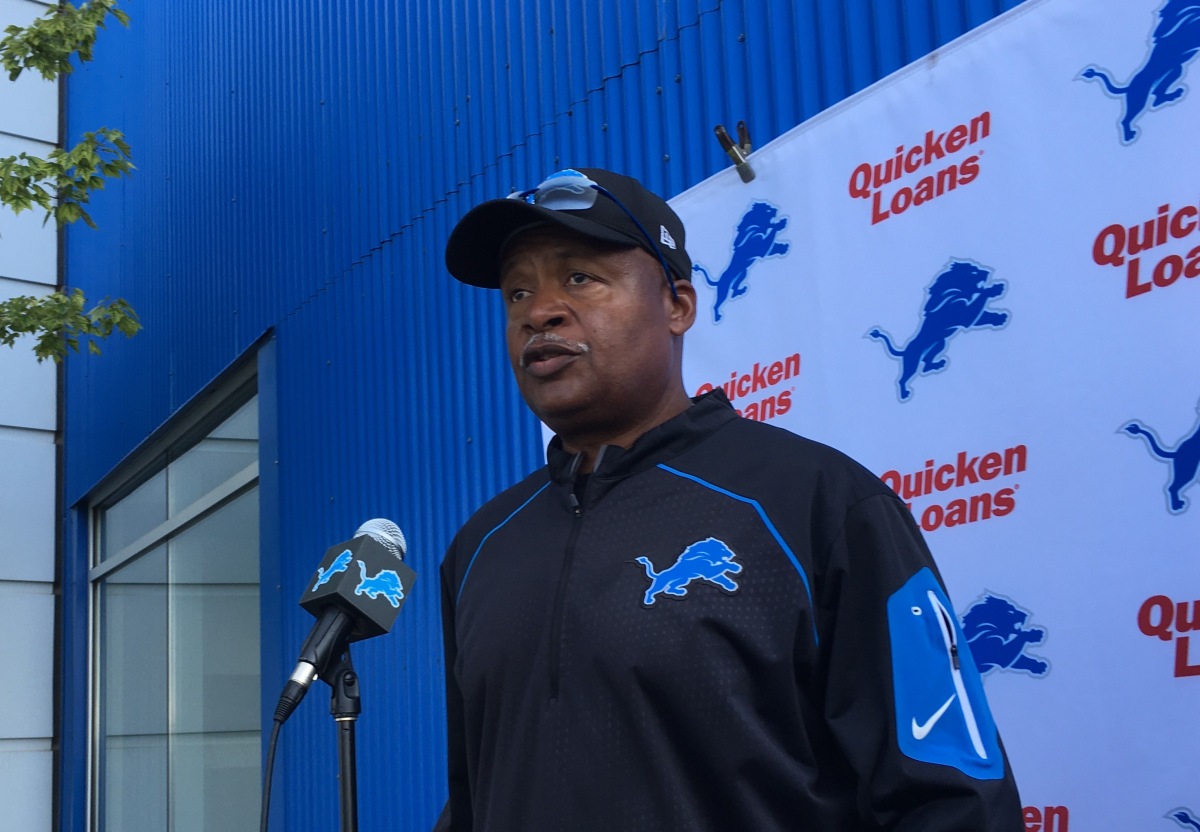 While it is just a preseason game, perhaps the Lions will get a better sense of where they stand by facing the New England Patriots, the defending Super Bowl champions, on Friday night at Ford Field. Kickoff is at 7 p.m.

Since it’s third preseason game look for the starters — including Matthew Stafford — to play at least the first half.

Patriots quarterback Tom Brady told the Boston Herald that he enjoys playing in the preseason and looks forward to getting back out there on Friday night.

Here are five comments from the Lions on facing the Patriots:

1. Jim Caldwell says it will be fun. “Obviously, any time you get a chance to play against a team that hasn’t lost very many games in the last decade — we’ve been battling against them a long time when I was in Indy for a number of years and even in Baltimore, we obviously had to battle against them as well, and they’ve always been good,’’ Caldwell said. “They make very few mistakes and not only that, they are technically sound as they get in every single phase. I mean, you just look across the board and look at the stats from previous years and they are perennially one of the better teams in our league in almost phase, well at least in the majority of phases. So, that in itself is a challenge for us because you have to be able to play well, so this will be a really good test. Last week we had a really good one with our offensive line, because of the big people they had up front that gave us a real challenge, and this week everybody gets a challenge, which makes it fun.”

2. Defensive coordinator Teryl Austin says it will show, to some extent, where Detroit’s defense stands. “Sure, it’s always, those type of quarterbacks, the upper echelon quarterbacks, they’re really going to test you because they’re going to limit the margin of error you have. So, that’s why coming this week, if Tom (Brady) is going to play, which I assume he will, we’ll get an idea if we’re still making strides,’’ Austin said. “It’s not the end of the world, one way or the other. But it gives us an idea of where we are.”

3. Matthew Stafford seems to look forward to it also. “They’re obviously, you know, a heck of a football team. They had a fantastic season last year. Really good defense last year, No. 1 against the pass. No. 1 in scoring, bunch of stuff. So, really a good test for us as well,’’ Stafford said. “Obviously, our defense will have their hands full with the quarterback like Tom (Brady) and that offensive group and some of the weapons that they’ve added. But we have the same on defense. I mean they’ve got, not really good players, but always have a good scheme for each game and do a nice job.”

4. Safety Glover Quin says facing the Patriots will benefit the Lions. “You’re going against the best team, they were the champs last year. Obviously not the same team but Tom Brady is back, actually they’ve added some more weapons. It’s a good challenge for us,’’ Quin said. “It will be good to go against a quarterback like Tom Brady, an offense like that in the preseason, to see where you are, evaluate some things take a look at some things. It’ll be good for us.’’