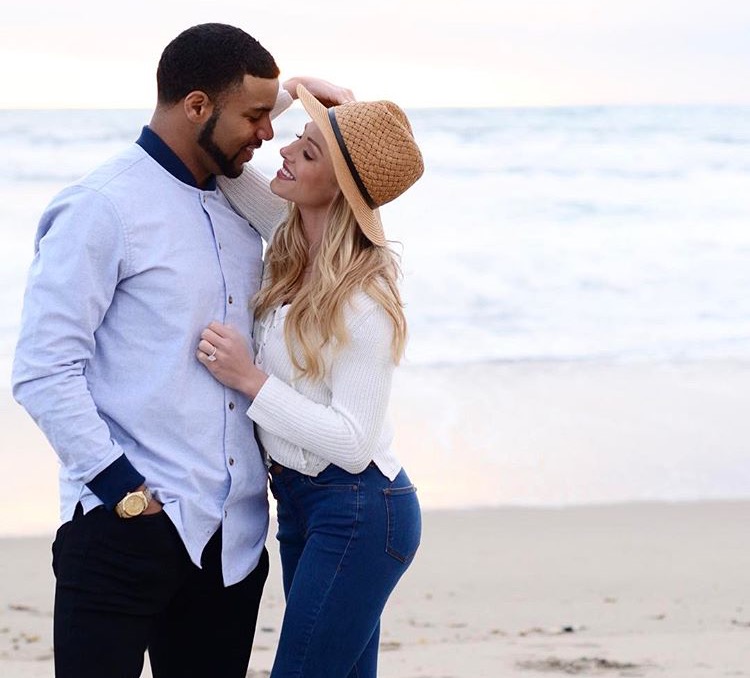 ALLEN PARK >> While it was nothing on the scale of the Las Vegas Mandalay Bay shooting, Lions wide receiver Golden Tate and his wife, Elise, were left scarred by a shooting in 2012.

Elise Tate posted on Instagram after the Las Vegas shooting that it brought back “terrible memories.”

Golden Tate talked about that night on Wednesday.

“We’d just beaten San Francisco late in the season when we were both powerhouses. We were out at a place a block from my house, Munchbar, where guys on the team would go every Sunday night after we won, hang out and enjoy each other.

“The crowd that day wasn’t a typical crowd. My brother was there, I had probably 7-8 friends there. Elise and I and a couple friends, we were just in a circle kind of hanging out. The next thing we know we heard gunshots that were so close it kind of messed up her hearing permanently, like some sounds.

“It all happened so quick and we all felt so helpless because you hear gunshots, I didn’t see anything. (They were about 20 feet from where  the shooting happened.) Just reaction, I pushed her down, gave her a concussion and was on top of her until the shooting stopped and momentarily we got up and ran to the bathroom where we were in a stall with (Seahawks’ tackle) Breno Giacomini. It was scary because she had cut her foot on glass as her heel came off and we were scattering.

“She had a concussion so she was a little confused. I didn’t know if she got shot or not because I just saw blood, I just saw her bleeding. I was like, ‘Did you just get hit?’ She didn’t. We made it out safe, I think someone ended up dying that night from getting shot.

“We got to the hospital, to make sure she’s OK. They cleaned her all up. Probably one of the hardest things that day was to call her parents at that time of night and calmly let them know your daughter is OK, but this is the situation,’’ Tate said.

One man was killed according to the Seattle Times.

That night has changed them.

“When we go in places, no matter where we are, we try to look at the exits because you don’t have much time for something like that,’’ Tate said. “We find the exits and if we’re out and about we try to hang out within reach of the exits so we can get out of there quick.’’

Tate said Elise, who was his girlfriend that night, wasn’t the same for a while.

“You can’t help to think what if one of those stray bullets — stray bullets don’t have eyes — it just happened. We both felt so helpless. You hear gunshots, you can’t find them. The first thing you’re going to do is drop and pray one of those don’t hit you and if it hits you that it skims your arm,’’ Tate said.

The Vegas shooting brought back images from that night in 2012.

Elise Tate’s Instagram post included these words: “Only a few shots were fired but deadly in the shooting I was in, but in Vegas there was 10 minutes of active rounds. I can’t stop thinking about the pain I went through and multiplying that by thousands for what these people have and are going through.’’