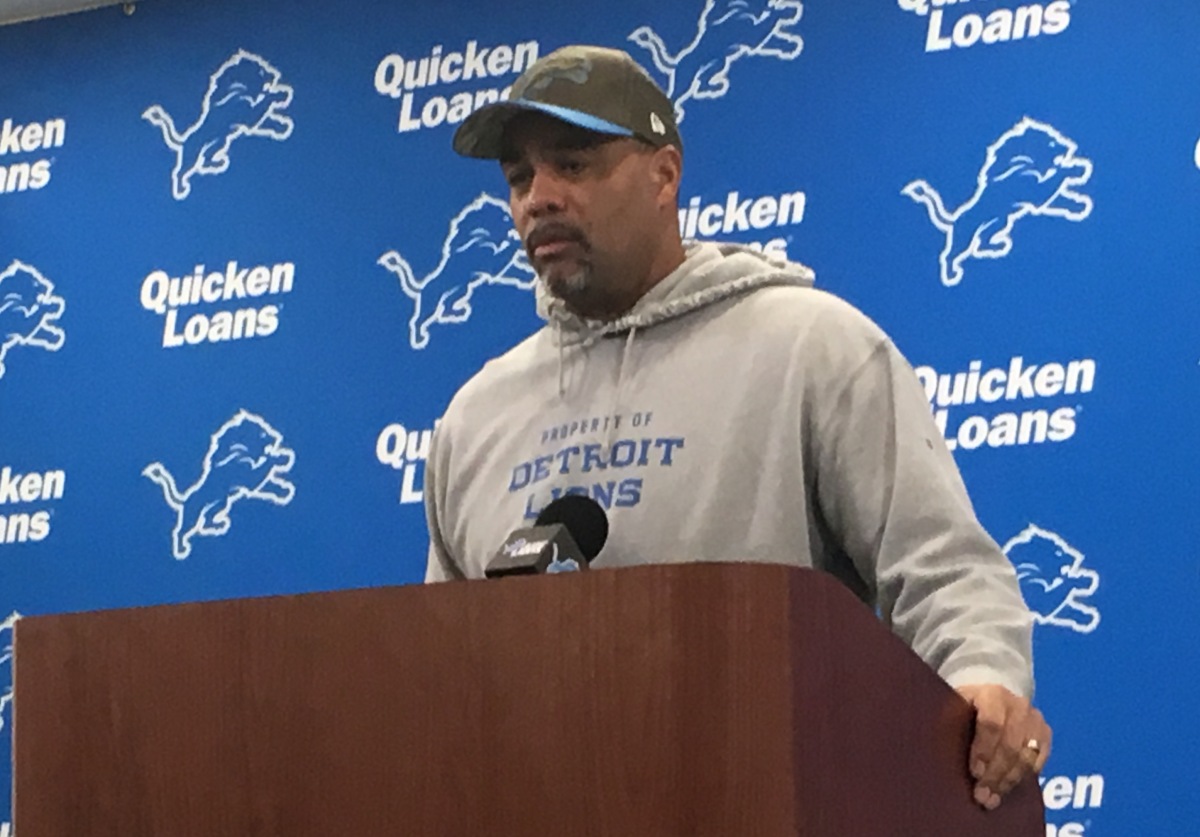 ALLEN PARK — If Teryl Austin knew how to get his defense off to a better start each game, they wouldn’t have fallen behind in the past three games 10-0, 10-0 and 13-0.

Searching for answers is fine, but the Lions defensive coordinator is also making a few adjustments that have nothing to do with injuries and one that does.

The Lions (6-5) play at the Baltimore Ravens (6-5) on Sunday. It’s a win Detroit needs to keep its playoff chances alive.

1. Rookie linebacker Jarrad Davis’ snaps have decreased in the past two games. He started playing 100 percent of the defensive snaps in Week 1, got hurt in Week 2 so he was down to 75 percent. Then he missed Weeks 3 and 4 with a concussion and neck injury. The next five games he also played every snap on defense. Then in Week 11, in the win at Chicago, he was down to 78 percent of the snaps and last week, in the loss to the Vikings, he was at 73 percent.

Austin explained the decision on Thursday.

“I think that the reason it was scaled back is because we thought again like anything, thought Tahir (Whitehead) was doing really well in terms of how he was handling the coverage. So, we wanted to put, like anything, whatever we think is the best for us to win that game,’’ Austin said. “And so, at that point, we’re looking to win the game. At this point in the season we want him to develop, but we can’t have him develop at the chance that we’re setting a guy that could probably do that position better at this particular time.

“And Jarrad will get better because he’s working at it. He’s getting reps in practice. But right now we think in some of those positions that Tahir is going to be a better fit for us right now,’’ he added.

In other words, they are not giving up on Davis, their first-round pick. At this point they have to put guys on the field who will give them the best chance to win.

2. Due to Tavon Wilson being placed on injured reserve with a shoulder injury, Miles Killebrew will get his third start this season. Killebrew, a second-year safety, has excelled at times playing in certain defensive packages but he appreciated the invaluable experience of starting in Weeks 2 and 3. He’s ready. He said the safeties play a variety of roles during practice so he will be comfortable on the field.

“With a guy who’s a backup and everybody wants him to be the starter, and then when he’s a starter maybe he’s not as effective as you thought he was because now he’s playing 60 plays instead of 20. So, it’s an adjustment,’’ Austin said. “But in Miles’ case he has had a few games when he’s had to start, and he’s had to play a lot of plays. So, I think he’ll adjust to that accordingly.”

“Since he’s been here, Dwight’s the ultimate pro. Really sharp, understands what’s going on, and we’ll be looking to use him, so the impressions are good,’’ Austin said. “He’s bright, we all know what he’s done in the past. Are we going to get the 24-year-old Dwight? No, but we still think he’s got some juice and the ability to rush the passer.”

Freeney and Austin go back to when Freeney was in tenth grade and attended football camps at Syracuse where Austin was a defensive assistant. Then in Freeney’s  freshman year at Syracuse in 1998 when Austin was still on the coaching staff.

Freeney was acquired last week off waivers from Seattle. Since he had played on Monday night with the Seahawks, he didn’t have enough turn-around time to play on Thanksgiving.

Freeney also goes back with Jim Caldwell when they were both with the Indianapolis Colts.