Stafford has completed 82.2 percent of passes in last 2 games 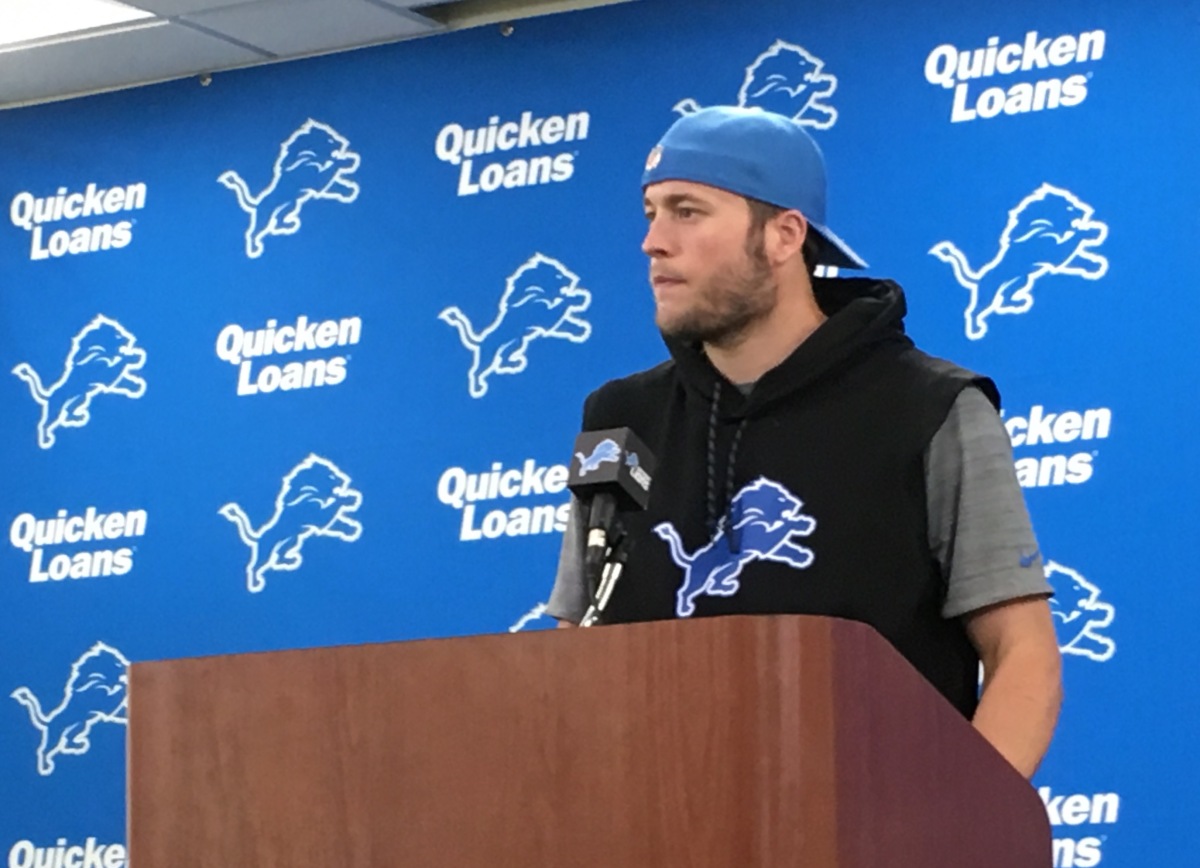 ALLEN PARK >> Matthew Stafford seemed a bit thrown off by one question on Tuesday morning.

Reporter: Do you mind throwing the ball a lot?

Stafford: “No, I mean that’s part of our job description is throwing the ball. A lot of other stuff goes into as well, but being successful throwing the ball is a big part of it, and I’m happy to do it.”

Why wouldn’t he love to throw? Stafford has completed 82.2 percent of his passes in the last two games —  a win at Tampa Bay and a loss at Baltimore. In Sunday’s win over the Bucs, he was working with a bruised throwing hand that was so serious he was not a lock to play in the game.

Five things to know about Stafford:

1. Try to trick him into answering if he’d like to throw more. Go ahead and try it because he won’t bite. “I think the biggest thing is taking it week to week. And like I said, I mean, certain weeks you got a bunch of yards and not that many completions because you’re having a bunch of big gains, big plays,’’ Stafford said on Tuesday. “I don’t look too much into actual number of pass attempts. It’s more combined completions with the run game and all that kind of stuff, how many times you hand it off. Those are usually bigger indicators of success than anything.”

2. In the first meeting with the Bears, Stafford was 21 of 31 for 299 yards and a pair of touchdowns. The Lions were held to 65 rushing yards (shocking, I know). Stafford is 5-1 at Ford Field against the Bears with the only loss coming in 2012.

3. He won’t take credit for his gawdy numbers in the last two games. “I think it takes everybody. Our guys outside are doing a great job of winning and making some tough catches,’’ Stafford said. “Our guys up front our keeping me clean, and I’m putting the ball in some decent spots every once in awhile. So, I think just like everything on offense, it takes all 11. Run game, pass game, it takes all 11, and through the year, minus a couple decisions I’d like to have back, we’ve been pretty good the last couple weeks.”

4. Memories of having a 100-yard running back in a game are starting to fade. The last time it happened was Reggie Bush who ran for 117 yards on Thanksgiving in 2013. Stafford is not worried about that. “I just go play the game. Every game unfolds different, and sometimes we’ve had big games running, sometimes we haven’t, and you just go try to win a game. If that means giving me the ball to throw it around a bunch of times, I’m all for it. I want a ‘W’ at the end of the day however we can get it,’’ Stafford said.

5. Stafford feels bad for Carson Wentz whose season ended early with a torn ACL. “He was having a hell of a year, had that town going man and had that team going, they were playing great. I’m sure those guys will rally around whoever’s in next and go,’’ Stafford said. “Just tough to see guys around the league get injured. He’s an athletic guy running around, making a play for his team and it hurts.’’