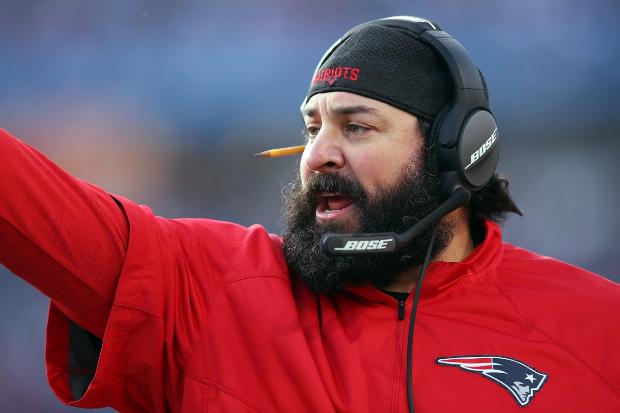 It’s been the worst kept secret in the NFL the past two weeks – other than why Patriots cornerback Malcolm Butler was benched in the Super Bowl.

Matt Patricia, the Patriots defensive coordinator, was named head coach of the Detroit Lions in an announcement from the team today (Monday). He will be introduced at a press conference at 3 p.m. on Wednesday.

“When we launched the search for our next head coach, I wanted to find a leader that could take us to the next level and I am confident we have found that in Matt Patricia. He has been preparing for this opportunity his entire career, and he’s ready for the responsibility and its challenges,’’ general manager Bob Quinn said in a statement. “Matt is driven to succeed, has extreme passion for the game and excels in preparation. He embodies the same hard-working, blue-collar attributes that represent our organization and the great City of Detroit.”

Patricia issued a statement: “This position comes with great responsibility, and I will commit every ounce of my energy to this football team, starting today. My family is excited to become part of this wonderful city that displays so much passion for their teams.

“I can’t express enough appreciation to the entire New England Patriots franchise, particularly Robert and Jonathan Kraft and their entire family. I will truly cherish these last 14 years as a member of this incredible organization.

“Lastly, I’d like to express my appreciation and thanks to Bill Belichick. He’s been a remarkable mentor to me, not only as a football coach but also as a man and as a friend. I have learned immensely from his detailed leadership approach to the game, which has certainly shaped me into the football coach that I am today. Quite simply, I’ve been incredibly fortunate to work with, who I believe, is the greatest coach in NFL history.

“Now I turn all of my attention to the Lions. I look forward to the next chapter of my career in Detroit.”

Patricia was in big demand and likely would have been hired by another team (perhaps the Giants) if Quinn had not been able to woo him to Detroit.

Here are five things to know about Patricia:

1. The Lions will be his first stint as a head coach at any level so it’s hard to know what to expect. He’s learned much from Bill Belichick, arguably one of the best coaches in any sport. The two have worked together since Patricia was hired in 2004 as an offensive assistant.

2/ He’s smart. He graduated with an aeronautical engineering degree from Rensselaer Polytechnic Institute where he played center and guard. Degrees are great but successful coaches also know how to motivate. We’ll assume he’s learned that from Belichick and his six seasons as a defensive coordinator.

3. He didn’t coach a great game on Sunday in the Super Bowl loss to the Philadelphia Eagles, giving up 538 net yards and 42 points. Patricia told Boston’s WEEI: “Obviously, I didn’t do a good enough job here with the defense. Look, that is a great offense. They are extremely talented. I have been talking all week how good they are. They played really well and we just didn’t get enough stops in the end. Give them all the credit. They played outstanding.” It’s a standout because it’s the Super Bowl and the most recent game, but Patricia has three Super Bowl rings. However, this past season the Patriots ranked fifth in the NFL in points allowed per game (18.5) en route to a 13-3 record. New England held teams to 20 points or fewer in 11 games last year (2nd in NFL), including 10 games with 17 or fewer. In 2016, the team boasted the top-overall scoring defense in the NFL, allowing only 15.6 points per game.

4. Patricia will be the 27th head coach of the Detroit Lions who have never been to a Super Bowl. Heck as we all know they haven’t won a playoff game since Jan. 5, 1992.

5. He will be the second defensive coordinator hired as a first-time head coach by the Lions in the past nine years. Jim Schwartz became the Lions coach in January 2009, but the circumstances were vastly different. The Lions were coming off a 0-16 season and coaching candidates were not exactly lining up at the door. Schwartz was 42 when he was hired while Patricia is 43. He started the turn-around in culture for the Lions but just wasn’t able to get them to the next level. Patricia inherits a Lions roster that took giant steps under coach Jim Caldwell from 2014-17 but still could not win a playoff game. (Curiously enough, Schwartz is the Eagles’ defensive coordinator and now is a Super Bowl champ.)