‘Biggest thing is to move forward’ 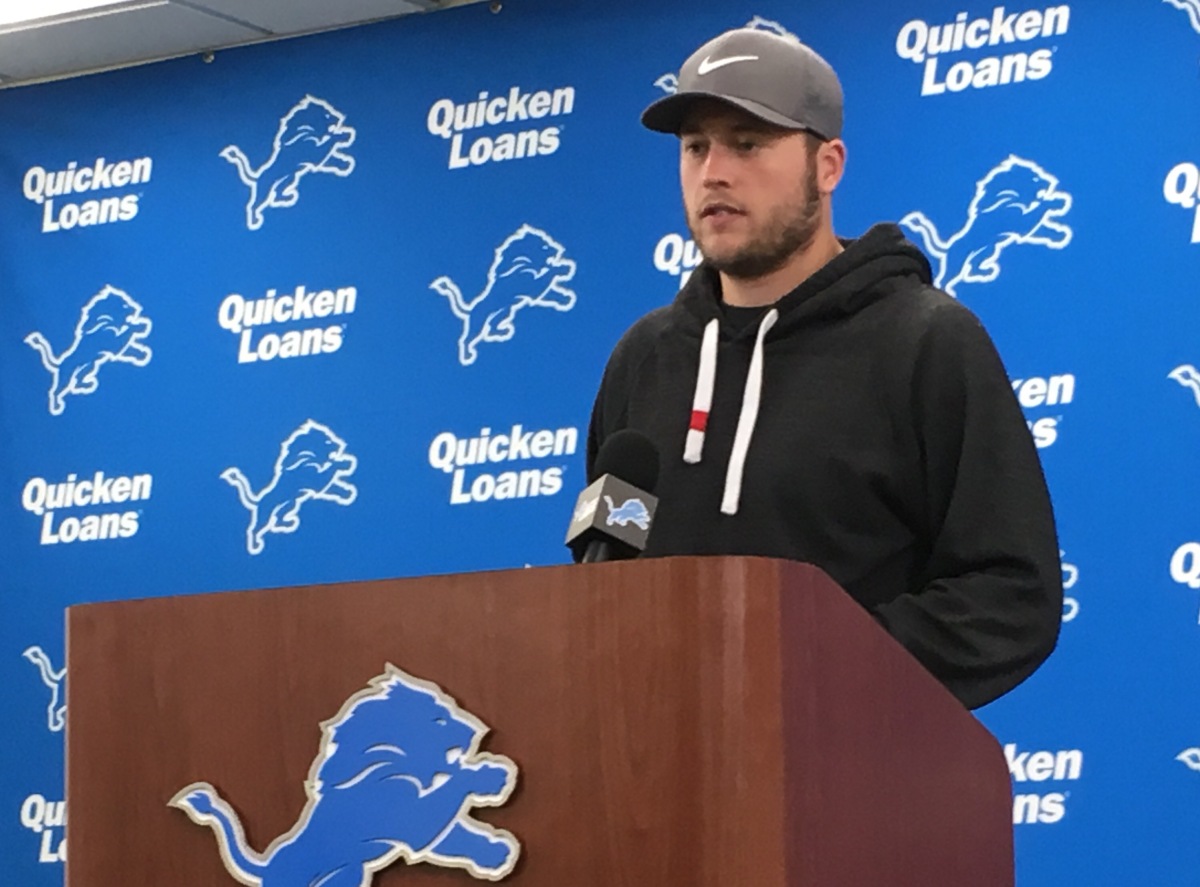 ALLEN PARK >> Entering his tenth season with the Lions, Matthew Stafford will be working under his third head coach in Matt Patricia.

“Change happens in the NFL, it’s almost inevitable, I think the goal is to play well enough to not have those changes, obviously we didn’t in the past,’’ Stafford said on Tuesday. “But I think the biggest thing is to move forward, and Jim Bob (Cooter) stuck around as the offensive coordinator, so some of that continuity will be helpful.’’

The Lions started their offseason workout program last week. They’ll go through a three-day voluntary minicamp next week before the start of the draft on Thursday night.

On Tuesday, Stafford talked to the media for the first time since Patricia was hired in January.

1. Obviously Patricia has made an early impact even though he’s only been allowed to speak to the team, not work with them. “He comes from a program that’s won a lot of football games in a lot of different ways, he’s a smart guy, we’ll enjoy those conversations when they come around, obviously he’s met with the team a couple times, but he’s just got great energy, great passion for the game,’’ Stafford said. “He, like everybody else, in this building just wants to win, and that’s our goal, but in the meantime he understands the process of it and just harps on that to us. It’s early right now, it’s on us to improve ourselves this time of year and that’s what we’re worried about at the moment.’’

2. It’s not just that Cooter is back to lead the offense, four of the top wide receivers remain on the roster which will obviously help provide continuity. “It’s good. It’s nice. I think it’s on us to continually improve, though,’’ Stafford said. “We can’t sit there and say, ‘Hey, we had a good year last year. Let’s just go do that again.’ We have to go find ways to be better, to find ways to be more efficient, more explosive, and put points up on the board.”

3. One of the biggest additions on offense was signing 31-year-old free agent running back LeGarrette Blount. “Obviously I’m a football fan, I’ve watched him play a lot of meaningful, important games and he’s played really well in those games, excited to have him, big, physical guy, does a really nice job in the red areas, scored a lot of touchdowns in his career rushing the football, and that’s an area we can improve in,’’ Stafford said.  “And as far as his experience and games he’s played in for as long as he’s played and the level he’s played at, it’s going to bring a lot to that room, to our offense and to our team.’’

4. While the mainstays of the offense return, obviously there will be changes. “We’re always looking to find ways to get better, I think if you just looked at it statistically from the past year, I think we can be better in a number of areas, and we’ll put a lot of time and effort and focus into that this offseason and hopefully it’ll come to fruition during the season, it’s a long process getting there,’’ Stafford said.

5. Like always, Stafford is his own toughest critic and knows certain areas that he needs to improve. “There’s a bunch, I can always be better, obviously I think I turned the ball over too many times last year, got the ball knocked out of my hands or threw it to the other team too many times,’’ Stafford said. “Every offseason you’re looking at those and hating watching them again and trying to find ways to make sure they don’t happen again, that’s a huge one. Obviously a big one always in the NFL is turnovers, so I can always be better doing that.’’