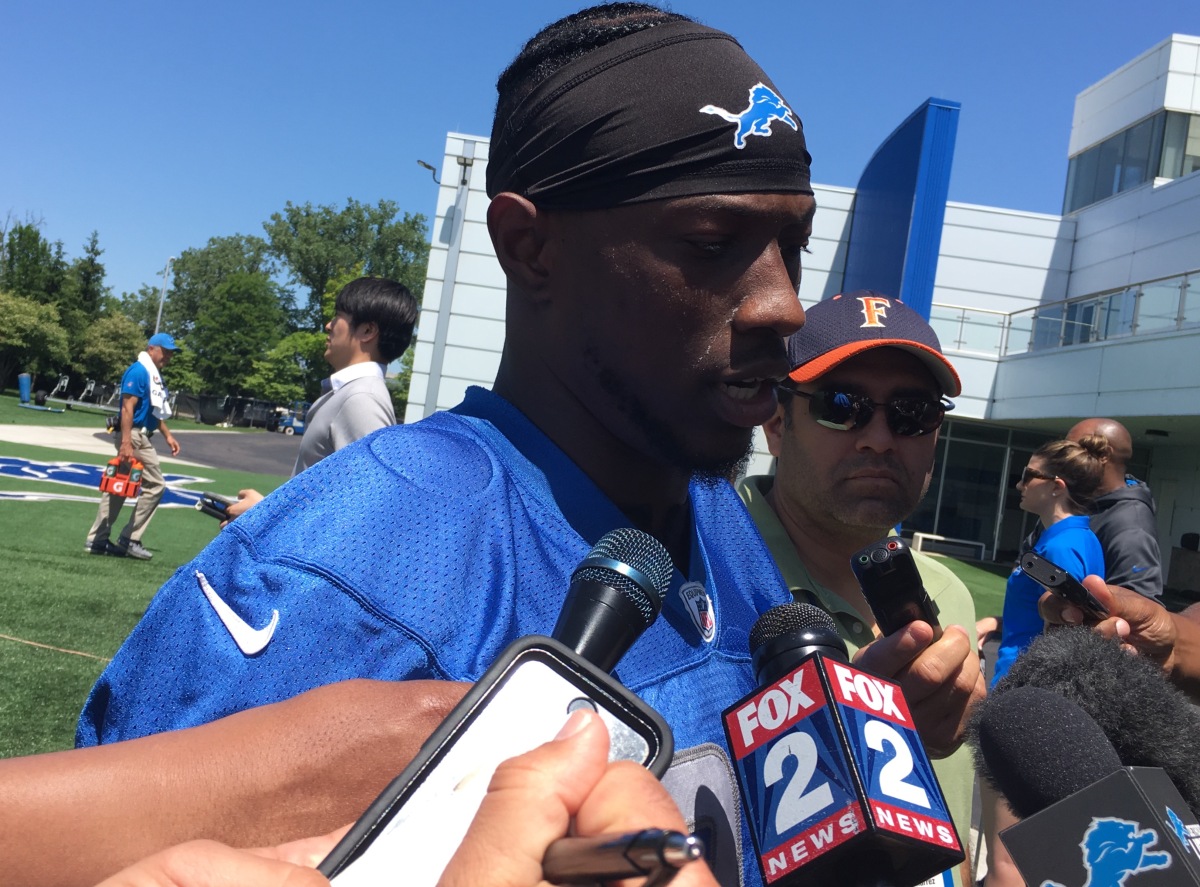 ALLEN PARK — All eyes have been on the defense through the offseason, including on Monday, the last day of Detroit Lions’ organized team activities open to the media.

Certainly the offense will undergo some changes (especially in the run game), but it’s the defense that requires the massive overhaul. It’s exactly why a defensive-minded head coach like Matt Patricia was hired.

Lions cornerback Nevin Lawson (in photo) expects the defense to improve over last year when it was ranked 27th overall, giving up 355.8 yards per game.

“Because I feel like we’re willing to learn, everyday we ask questions, we come in with the mindset to get better, the mindset to finding a way understand the defense more,’’ Lawson said on Monday. “I know it’s something new for u,s but the only way we’re going to get it is by repetition, doing it over and over.’’

Linebacker Jonathan Freeny, who was signed as a free agent, played for Patricia in 2015, 2016 and part of 2017 in New England where Patricia was the defensive coordinator.

“He’s the same guy, brings the same enthusiasm, same intensity to the game.  Every day he’s just trying to get better,’’ Freeny said.

Patricia has gotten to know the players and seems satisfied (so far) with their grasp of his defense. (Note the word, phenomenal.)

“Our guys have come in every single day and really tried to learn and study. This is a great group. These guys care about football, they love the game, they work at it. They really try to do everything we’re asking them to do at a high level. Absolutely, from that standpoint these guys have been phenomenal,’’ Patricia said on Monday. “We have high standards. We’re going to live to those. We’re going to expect them. …’’

After this week’s OTAs, the Lions will have several weeks off before reporting back to training camp around July 26.

When the pads go on in training camp, it will be easier to judge where the defense stands.