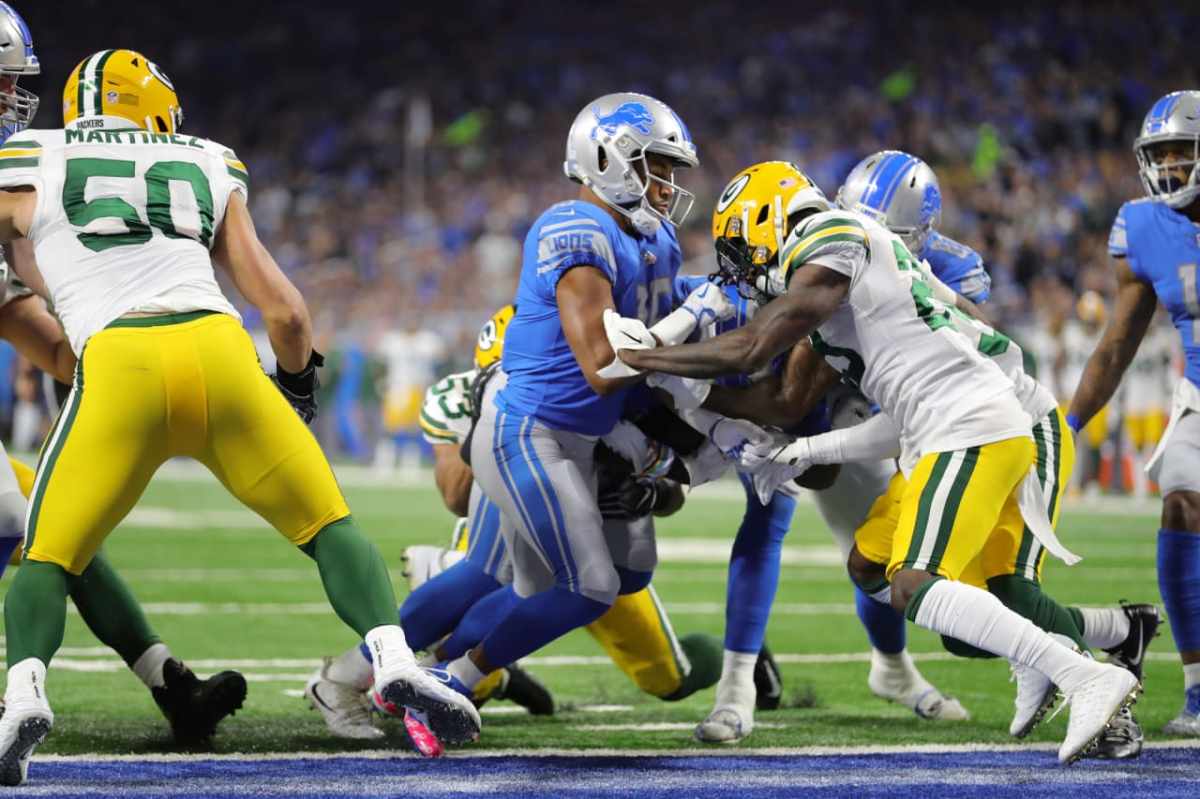 The skillsets of Golden Tate, Marvin Jones Jr., and Kenny Golladay complement each other and they all have developed good communication with quarterback Matthew Stafford. The trio accounts for nine of the Lions 10 passing touchdowns in the first five games.

Prince wants receivers who are well-rounded.

Proof? Tate set a key block on Sunday during LeGarrette Blount’s second touchdown in the 31-23 win over the Green Bay Packers.

“It’s a game plan thing. It depends on what they are going to do. I feel like Coach Prince, our position coach, prepares us moreso for the run blocking than he does the passes at times,’’ Tate said on Monday.

“It’s so important and he knows we all can run routes, he knows we all can catch, he knows we all can block as well, but when a receiver goes in and makes a key block to help a big first down or touchdown I think he gets more excited about that, showing that to the other coaches and Bob Quinn in front of the offensive linemen and running backs, than us going out and catching a touchdown. That’s what we’re supposed to do I guess,’’ Tate said.

Improving the run game was a huge focus entering this season. Credit rookie Kerryon Johnson and the veteran Blount with providing a one-two punch that has the Lions averaging 4.3 yards per carry (tied for 13th in the NFL) and 97.2 rushing yards per game (21st in NFL).

Credit the wide receivers with pitching in on run blocks.

“The way defenses are playing now days, when you have a run game they bring those safeties in the box and they read the run pretty danged well. Sometimes they have an extra guy and you need the receiver to go in through certain linemen or just find a way to get on them,’’ Tate said. “A lot of times that is the block that springs a 7- or 10-yard run or even break a 50-yarder or a run at the goal line. It’s very important especially in this offense. It’s something I know that Bob Quinn looks for in a receiver — a guy who can catch the ball but also can do the dirty work.’’

“He’s usually closer to the formation being in his normal alignment so he kind of has to dig some of those guys out and get in there pretty quick, which he does a good job of,’’ Patricia said.

The wide receivers take a certain pride in this phase of their work.