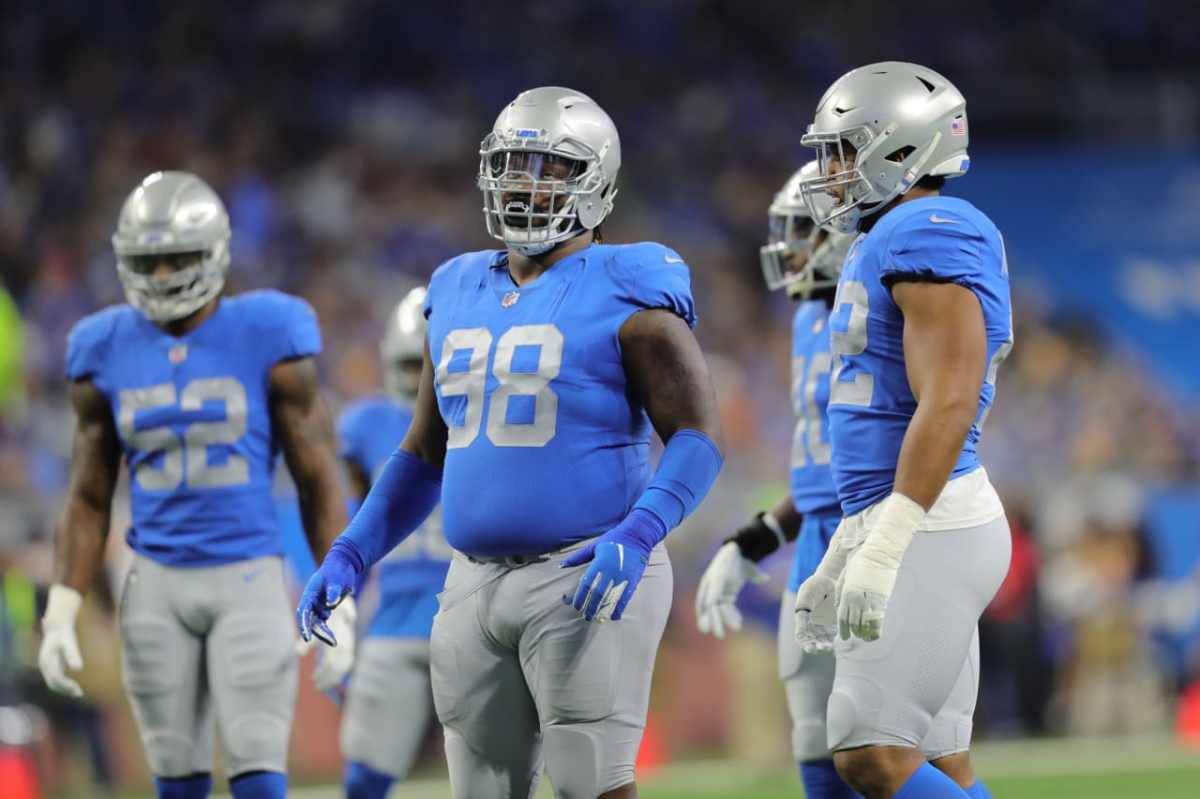 ALLEN PARK — While the Detroit Lions have struggled, losing four of their last five games, their run defense has been the one bright spot.

Their next challenge is Todd Gurley and the Los Angeles Rams (10-1) on Sunday at Ford Field.

“Todd Gurley is one of the best backs in the League. This guy’s phenomenal. So, it’s a big challenge for us. And then obviously, the other skill players that they have,’’ Lions coach Matt Patricia said.

In the past three games the Lions’ defense has given up just 148 total rushing yards. In that span they haven’t given up a run of more than 10 yards. They played solid running teams — Chicago twice with Tarik Cohen and Jordan Howard and Carolina with Cam Newton and Christian McCaffrey.

“It’s been a great job and all those games we’ve for the most part given ourselves an opportunity to win. That’s always the goal to stop the run game,’’ safety Glover Quin said.

A number of factors play into the improvement.

There is another major difference too.

His name is Damon “Snacks” Harrison. The veteran defensive tackle was acquired in a trade with the Giants on Oct. 25. In his five games with the Lions, he has 2.5 sacks, 26 tackles and four quarterback hits.

“I think he makes a difference, he’s a big-time player in the middle, he’s a big-time run stopper. So when an offense knows they have to block him a certain way or put a certain amount of guys on him that frees up other guys to get one on ones in different situations,’’ Quin said. “So pretty sure he changes the clocking schemes for a lot of those teams, when they don’t block him or when they try to single him he makes the plays.’’

Patricia notes that it’s a team effort but does agree Harrison has made a difference.

“I would say with Damon, (he’s) obviously done a great job for us helping us inside and really, just seeing a guy that has great experience be in the middle. (He’s) seen a lot of different blocks, has seen a lot of different schemes, and maybe helps settle some things down for some of the younger players that we are trying to play with out there and some of the new guys with the scheme,’’ Patricia said. “Harrison’s familiar with the techniques that we use because he’s been coached similarly in the past with some of the same techniques. So, from that standpoint, it’s been beneficial to have his experience out on the field.”