First shutout for Lions since 1996 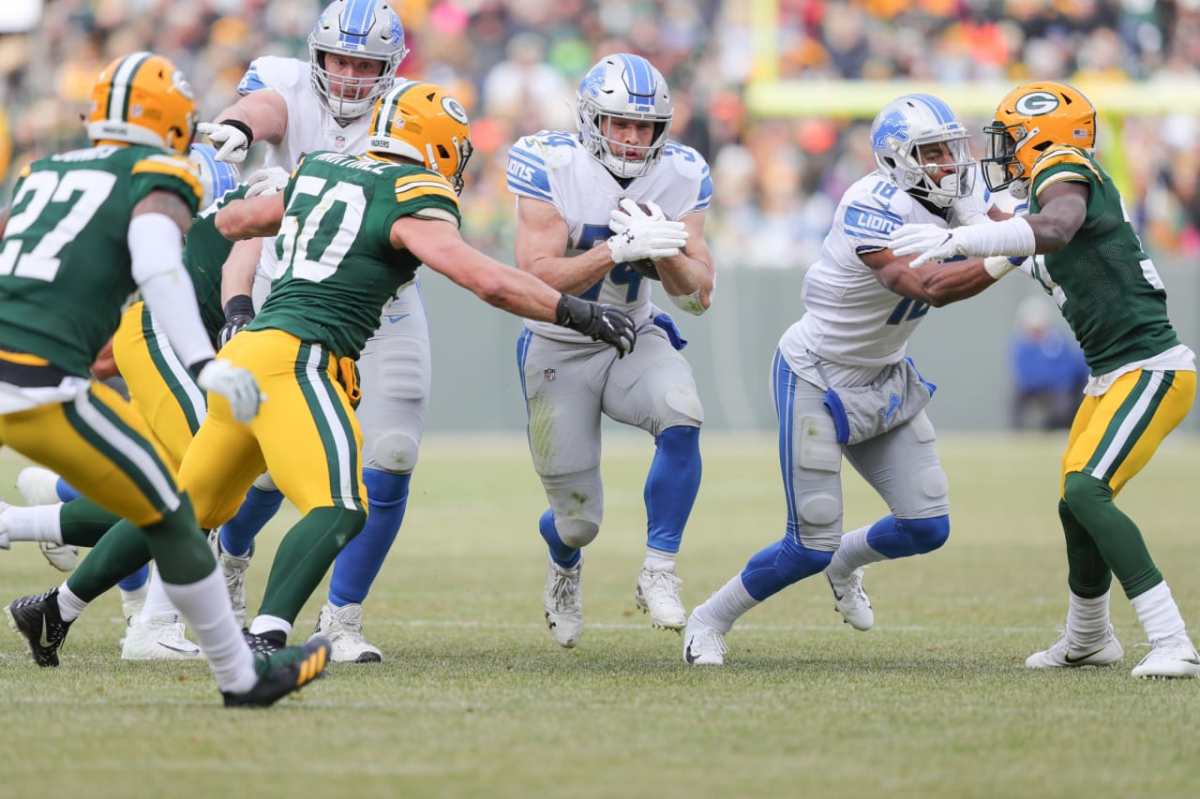 All week the Detroit Lions players and coaches said that Sunday’s season-ending game at Green Bay was important. Then they went out and played like they meant it.

Detroit finishes 6-10 in the first year under coach Matt Patricia who deserves credit for getting the team ready to go in a somewhat meaningless game.

Five of the main reasons the Lions won:

1. Packers quarterback Aaron Rodgers didn’t look like himself from the get-go and then left in the first quarter with a concussion. DeShone Kizer, who hadn’t played since the regular season opener, stepped in but wasn’t able to put points on the board. He was 16 of 35 for 132 yards, and one interception.  It’s possible the Lions could have beaten a healthy Rodgers, but it was easier without him. Give the Lions defense credit for holding the Packers offense to zero points and just 175 total yards.

2. Offensive coordinator Jim Bob Cooter, perhaps in his final game with the Lions, went to the trick-play chapter of his playbook and dialed up a fake field goal. Kicker Matt Prater made it work when tight end Levine Toilolo got open in the end zone and caught Prater’s pass for a touchdown. It gave the Lions a 14-0 lead midway through the second quarter. Cooter also had the offense playing at a quicker tempo in the first half.

3. Matthew Stafford, who was wearing a left knee brace and has been fighting through a back injury, had his best game in weeks despite not having any of his top targets available. Stafford was 20 of 32 for 266 yards, 2 touchdowns and a 109.6 rating. Kenny Golladay (chest) was inactive. No problem — Brandon Powell (six catches, 103 yards) and Andy Jones (six for 50 yards) stepped up. But it was veteran T.J. Jones (three catches, 40 yards) who caught a pair of touchdown passes. The Lions’ offense had not scored more than 22 points since the 32-21 win at Miami on Oct. 21.

4. The Lions stuck with the run game. LeGarrette Blount (11 carries, 15 yards) struggled, but Zach Zenner had a career day with 21 carries for 93 yards and a rushing touchdown. He also caught one pass for 30 yards. Zenner had two touchdown runs negated due to holding penalties. Zenner has stepped up big in recent weeks with the absence of rookie Kerryon Johnson. Wouldn’t be surprising to see Zenner return next year. He’s a solid backup and plays well on special teams.

5. The Lions defense never quit despite the double-digit lead through most of the game. Jarrad Davis, Tavon Wilson and Kerry Hyder each had a sack. Quandre Diggs came down with his third interception of the season late in the fourth quarter.

BONUS: Fox 2’s Jennifer Hammond tweeted that after the game she asked Lions owner Martha Firestone Ford if she was happy with the direction the team is headed under Patricia. “Yes I am,” Ford said.