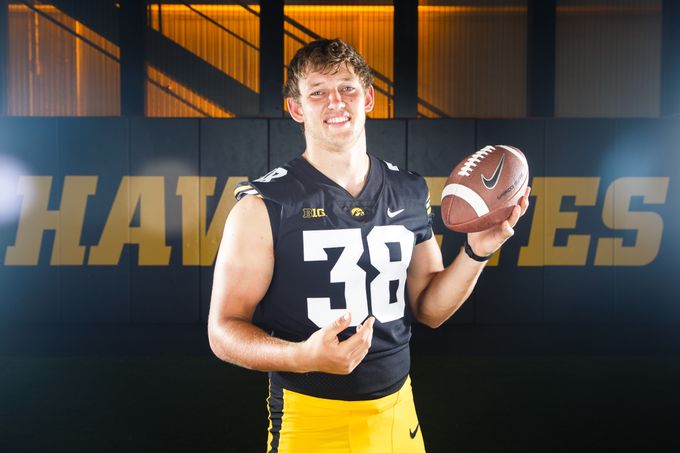 Drafting tight ends in the first round is not exactly on the Lions’ list of top achievements in recent years.

Still there’s a chance the Lions could turn to a tight end with the eighth overall pick three weeks from now.

ESPN draft analyst Todd McShay has the Lions drafting Iowa tight end T.J. Hockenson in the first round in his 4.0 mock draft.

He is well aware of need at defensive end, but he can’t overlook the Hockenson’s talent.

“I considered it. I gave Jaylon Ferguson (Louisiana Tech) to Detroit at 43, I recognize the need,’’ McShay said in a Tuesday conference call. “I just think T.J. is one of the 10 best players in the draft. I know they haven’t had the greatest success drafting tight ends early with Pettigrew and Ebron.’’

“You don’t often find guys coming out of college who can block inline and you can flex them out and they can be as successful blocking as they are running routes and creating after the catch. I think he is one of the more complete football players in this draft and I don’t think you can go wrong with Hockenson,’’ McShay said.

Last season in 13 games, Hockenson had 24 catches for 320 yards and three touchdowns.

“I think if developed properly Ferguson has a chance to be a really good player,”” McShay said.

He looked at the combination of picks in making the decision to go with Hockenson. He said there’s quite a drop-off in tight end talent between first and second rounds and less of a drop-off at defensive end.

The NFL draft starts on Thursday, April 25. The Lions have nine picks — one in each of the first five rounds with two in the sixth and seventh rounds.