The Packers passed in favor of Tony Mandarich 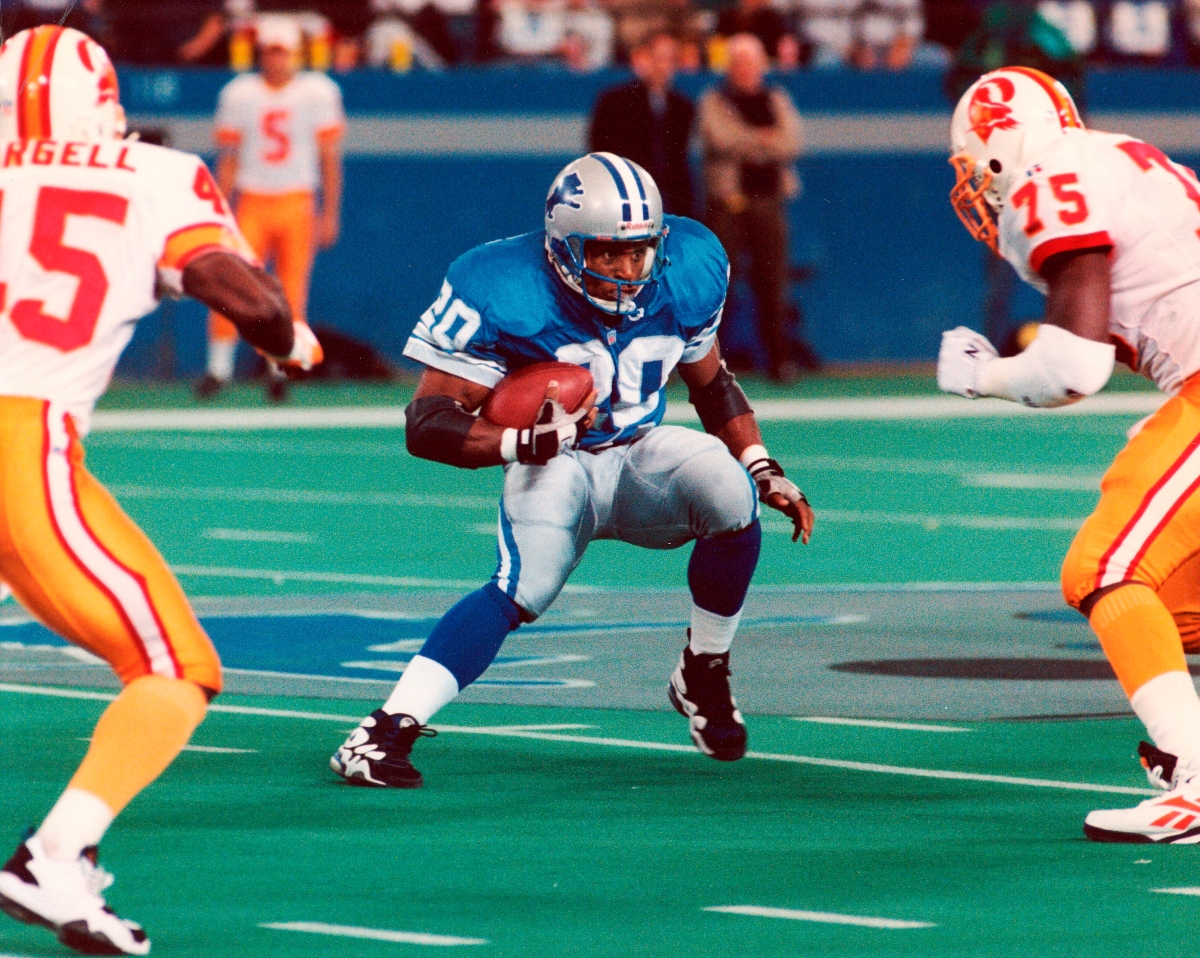 Well, yes. On April 23,1989, by the time the Oklahoma State running back dropped to the Lions with the third overall pick it was an easy decision for GM Chuck Schmidt.

Sanders, the 1988 Heisman Trophy winner, was coming off a remarkable college season. He backed up Thurman Thomas his first two seasons and then in his junior year (1988) he led the nation averaging 7.6 yards per carry and more than 200 yards per game and more than 300 yards in four games. In total he rushed for 2,850 yards and 42 touchdowns in a dozen games that season. He carried the ball 344 times (unbelievable) and still returned kicks and punts.

Sanders was a marvel, obviously.

When he joined the Lions, he acclimated to the NFL immediately.

He missed training camp as a rookie due to contract issues so he didn’t start the regular season opener. He stepped on the field in the third quarter for the first time and carried nine times for 71 yards (7.9 yards per carry) and a touchdown in a 16-13 loss to Phoenix. This was after no training camp and no preseason games. He finished the season with 1,470 rushing yards and 14 touchdowns. Speaking of no-brainers, he was named NFL rookie of the year.

If you never saw him, go to YouTube and watch his highlights. It’s a treat. There’s a reason he was a 10-time Pro Bowler and two-time NFL offensive player of the year.

So while the Lions have historically had a few bad first-round picks — Charles Rogers (2003) and Reggie Rogers (1987) come to mind — when it came to Sanders they nailed it. Not so much for the Green Bay Packers.

In that 1989 draft, Troy Aikman was the first overall pick by the Dallas Cowboys.

Then the Packers drafted offensive lineman Tony Mandarich. (Michigan State) who was a bust with a capital B. History proved they were idiots for skipping over Sanders.

(Read more about Barry Sanders in one of my books — “Game of My Life Detroit Lions” or “100 Things Lions Fans Should Know & Do Before They Die.” Both are available on Amazon.com and at Detroit-area Barnes & Nobles.)