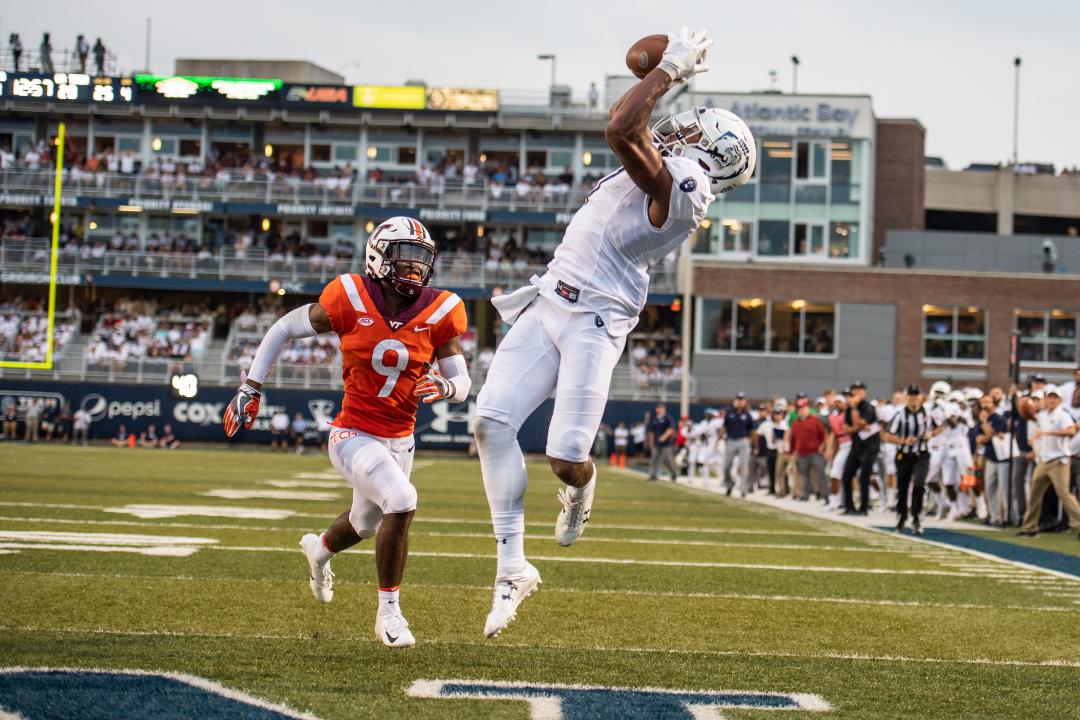 ALLEN PARK — The Lions drafted wide receiver Travis Fulgham (Old Dominion) with the 184th pick in the sixth round, then took a breath and selected running back Ty Johnson (Maryland) with the 186th pick.

Fulgham formed a strong duo with Jonathan Duhart in 2018, joining his teammate on the second-team All-Conference USA squad and leading the conference with 1,083 receiving yards (63 receptions, 17.2 average) and scoring nine times in 12 games (eight starts) for the Monarchs.

Growing up his favorite wide receiver was Randy Moss.

“But over the past few years, Larry Fitzgerald, ‘Megatron’ (Calvin Johnson Jr.) of course, Detroit Lion, you know. I definitely watched a lot of his film throughout my career and I’ve tried to pick out little things from numerous amounts of receivers,’’ the wide receiver said.

“Fulgham is a big, competitive target with above-average ball skills, but a lack of separation traits could limit his ability to uncover against NFL press corner,’’ per NFL.com’s Lance Zierlein.

Johnson, who is 5-foot-10 and 208 pounds, had success returning kickoffs for touchdowns both at Michigan Stadium and at Ohio State. He became just the fourth Terrapin to surpass 4,000 all-purpose yards last October.

He’s not sure what his role will be with the Lions.

He’s already familiar with Ford Field where he played with the Terrapins in the 2016 Quick Lane Bowl. He scored on runs of 62 and 30 yards.

He is one of four players in Maryland history to record at least 10 100-yard rushing games. He rushed for 1,004 yards as a sophomore in 2016 setting the Maryland record for yards per carry (minimum 100 attempts) at 9.1.

As a senior started in nine games, missing the final two due to a calf injury.

In earlier rounds the Lions drafted tight end T.J. Hockenson in the first round (eighth overall), linebacker Jahlani Tavai in the second (43rd overall), safety Will Harris in the third round (81st overall), defensive end Austin Bryant in the fourth round (117th overall) and cornerback Amani Oruwariye in the firth round (146th overall).