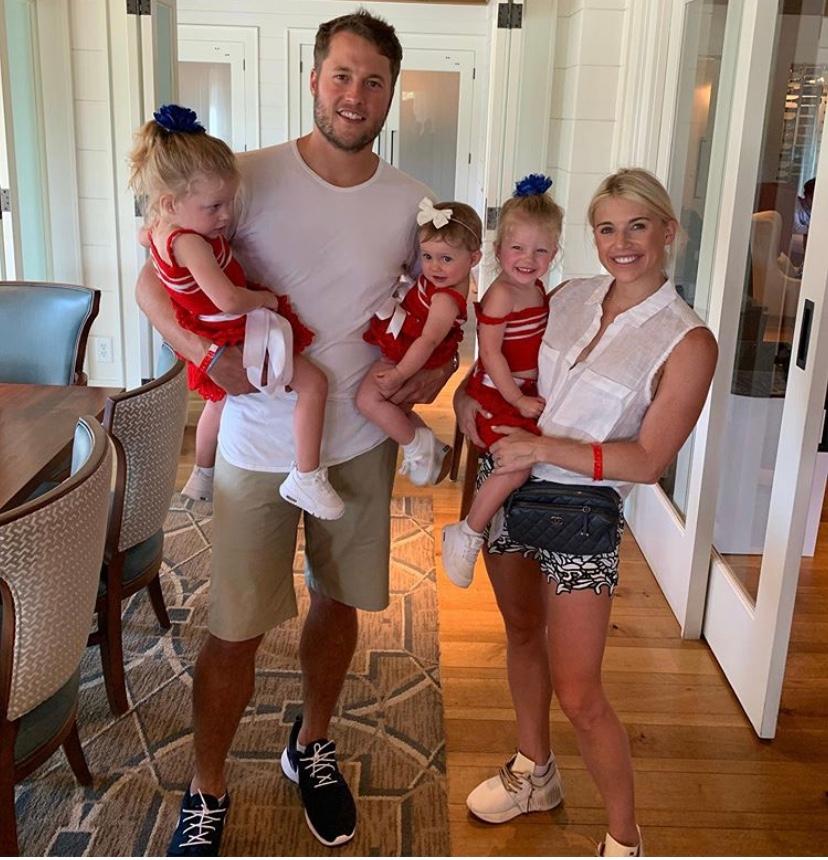 ALLEN PARK — It was a busy and challenging offseason for Matthew Stafford.

Here is all you need to know about the Lions quarterback entering his 11th season in Detroit.

“I still love this game, I still love preparing for it, I love competing,’’ Stafford said on Wednesday when the veterans reported for training camp which starts on Thursday.

It’s not just another new season, it’s the first under offensive coordinator Darrell Bevell who is changing up the offense.

In May, Stafford’s wife Kelly underwent 12 hours of brain surgery to remove an acoustic neuroma.

At the time, the Lions organization told him to take care of his wife, not to worry about the team. Still he missed little time at the practice facility.

“I try to think I do a decent job of separating the two,’’ Stafford said. “When I’m home, I’m home and when I’m not, I’m here obviously all in. I think Ii was able to kind of compartmentalize. Obviously it helped a lot with the way the Lions treated me through the whole process. It made it easy for me to kind of separate those two.’’

Along with the team he credited the support of family and friends for getting them through the tough days. That included helping with their three daughters ages 2 and under.

“Obviously Kelly was a stud, she was a trooper and is continuing to get better and better,’’ Stafford said.

For the most part, Stafford has turned his attention to football for the next few weeks. During the spring he got a running start on learning Bevell’s offense which is expected to be more balanced with an increased emphasis on the run game. The new coordinator said he told Stafford he was impressed with his offseason.

“He was really committed to us and he was here, he was putting his time in. He was working hard, he really led the way on learning the offense, in verbiage, getting to know the new language, sitting in the huddle being able to call it, helping guys when they needed help,’’ Bevell said. “I was impressed with the level of dedication and commitment that he had to us with the other things he had going on.’’

Bevell and Stafford both emphasized that the better their communication, the sharper the offense will be on Sundays.

“We’ve had some great conversations already. We’ve put a few things in that he feels comfortable with and other things we’re going to push him on, and I think by the time we get there we need to be able to have enough stuff offensively that we can challenge the defense but not too much where it’s overloading our stuff,’’ Bevell said. “That’s the balance we’re trying to get right now.’’

“It’s definitely different, there are a lot of things I like about it, a lot of things I’m still getting used to, still learning,’’ Stafford said about the offense. “It’s my job to be a coach on the field. For me to do that I have to be as well versed as the guys that are teaching it, that’s a process and that takes time and experience something that this time of year is perfect for.’’

The Lions finished 6-10 last season but they are looking forward not back. Stafford didn’t have his best numbers in 2018 due to injuries to him (he finished the season with broken bones in his back), Kerryon Johnson and others.

However, he doesn’t look at this as a bounce-back year.

(Paula Pasche has covered the Lions since Barry Sanders embarrassed defenses every Sunday. She has written two books on the team — “100 Things Lions Fans Should Know” and “Game of My Life Detroit Lions.” Both are available on Amazon.com)