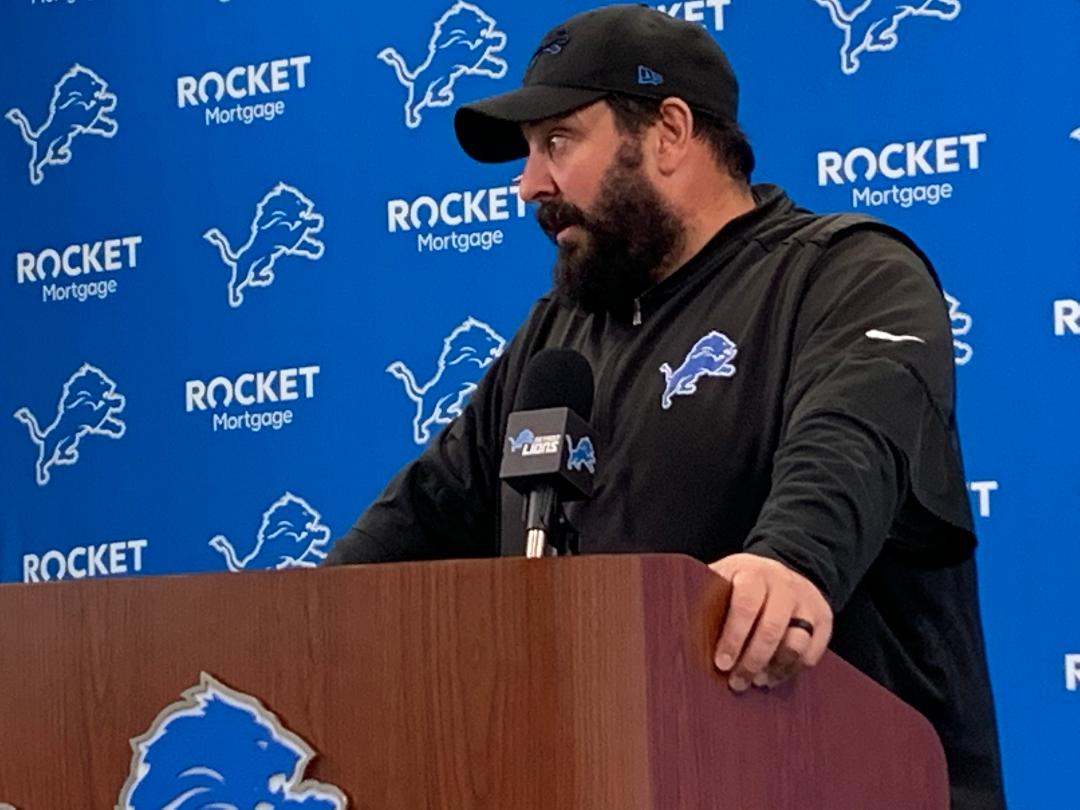 ALLEN PARK — Coach Matt Patricia said despite the trade of starting safety Quandre Diggs the Lions’ goals remain the same for the final 10 games of the season.

That starts Sunday against the N.Y. Giants at Ford Field.

“Certainly, those decisions are very difficult. They’re not taken lightly. There are certainly things that we try to do to help the team get better in the long run for us, and certainly in a situation where we think moving forward hopefully, we have some players that can still help us, even if we do make a move like we did yesterday’’ Patricia said at his Wednesday press conference.

Diggs, a former sixth-round draft pick, was shipped to the Seattle Seahawks along with a seventh-round pick for a fifth-round pick in 2020.

The Lions’ goals have not changed, Patricia said they want to win every week.

“I think those guys in the back end have all been working really hard and developing, and some of those guys have had to really play in the last couple of weeks, and in some of those bigger games that we’ve had so far this year,’’ Patricia said on Wednesday. “Will Harris is someone that’s has to step into some roles, Tracy Walker plays more for us in some of those roles, Tavon Wilson who has been a good solid player for us for a long time.

“C.J. Moore, you’ll see him, he’s been mixed out there actually in some of these games, too in some other aspects. We have some depth too, with guys that have played for us in the past – (Miles) Killebrew would be another one. With those guys, they’ll continually push to get better, and they understand that maybe they have to take on maybe a little bit more work load or job responsibility. They’re good with that challenge, they’ll accept that challenge and kind of go forward from there.”

So far this season Tracy Walker has started all six games; Tavon Wilson who had started three games and played in all six.

The trade shows the Lions have faith in rookie Will Harris, a third-round pick, who has played in every game.

Killebrew who plays almost exclusively on special teams has played sporadically on defense in his four seasons with the Lions.

Moore, a rookie, has played just five snaps on defense in the first six games, contributing mostly on special teams.

Being a young NFL safety has its challenges. This is where the coaches need to step up.

“I would say that’s probably the biggest challenge for us. Especially as we go through the season and we’re starting to see different looks or multiple looks from teams, and especially good quarterbacks and good offensive schemes, just the experience part of it,’’ Patricia said. “Those guys are going to have to catch up on that stuff really quickly. The good thing for us is Tracy (Walker) played in a lot of critical situations last year. He played in those maybe situations that you don’t have an opportunity during the game to talk about, they happen, and you have to react to them. His ability to be able to communicate with the less experienced guys that are on the field at that time, and certainly Tavon is someone that has great experience playing this game and can see some those situations happen pretty quick.’’

Diggs had played in 65 regular season games and was very much a student of football growing up watching his brother Quentin Jammer, who played for the San Diego chargers.

Replacing Diggs in midstream will certainly have its challenges.