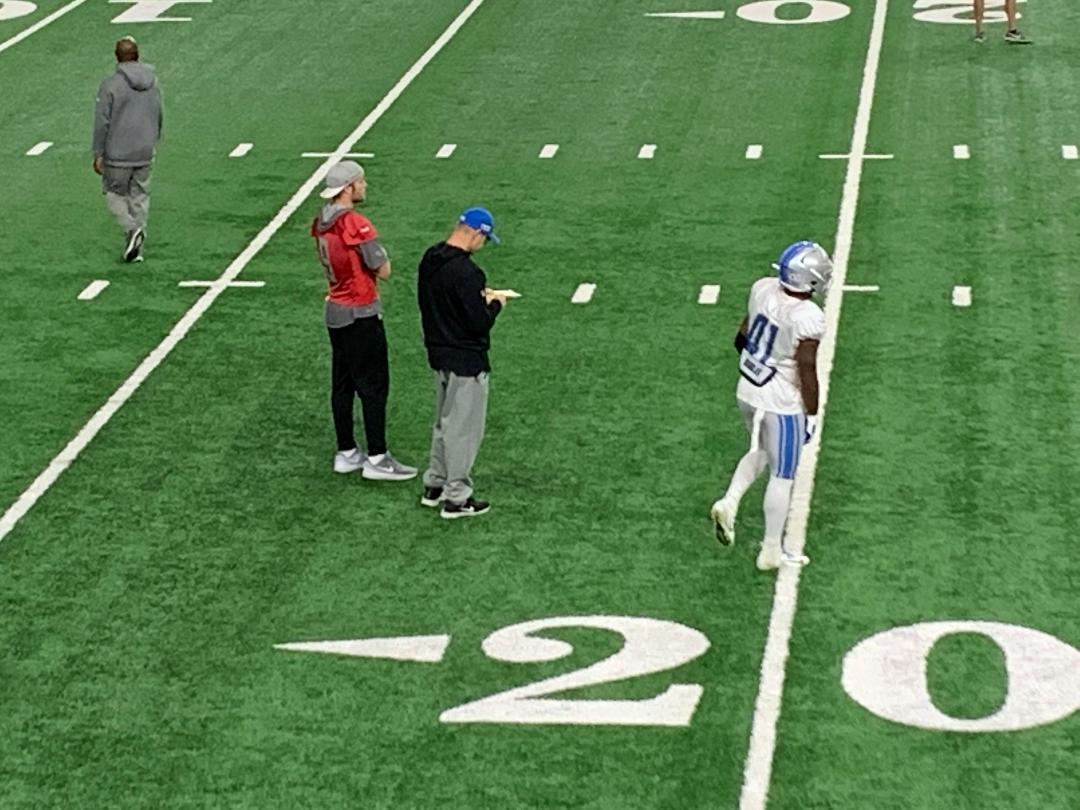 ALLEN PARK — Matthew Stafford, who missed Sunday’s game with hip/back issues, did not practice on Wednesday.

The Lions quarterback was on the field (with his cap on backwards) but not working with his teammates. While they were all stretching he was throwing a ball on the sidelines. When they broke into position groups, he was hanging out on the field watching, but not working.

It’s still early in the Lions’ work week, so it would be a mistake to write off Stafford for Sunday’s game against the Dallas Cowboys at Ford Field. However, it’s not a great sign that he is not healed enough to practice. He’s such a veteran that it would be possible for him to miss much or all of practice this week and still get the go-ahead for Sunday.

If Stafford can’t go, it’s expected that Jeff Driskel would get his second straight start. In the loss to the Bears, he completed 58.7 percent of his passes and threw one touchdown and one interception.

Others who did not practice include right tackle Rick Wagner and running back Ty Johnson who are in concussion protocol. Others sitting out were Tracy Walker (knee), Da’Shawn Hand (ankle) and Romeo Okwara (groin).

Linebacker Miles Killebrew, who plays mostly on special teams, was back on the field. He missed Sunday’s game while going through concussion protocol after he was injured in practice last Thursday.