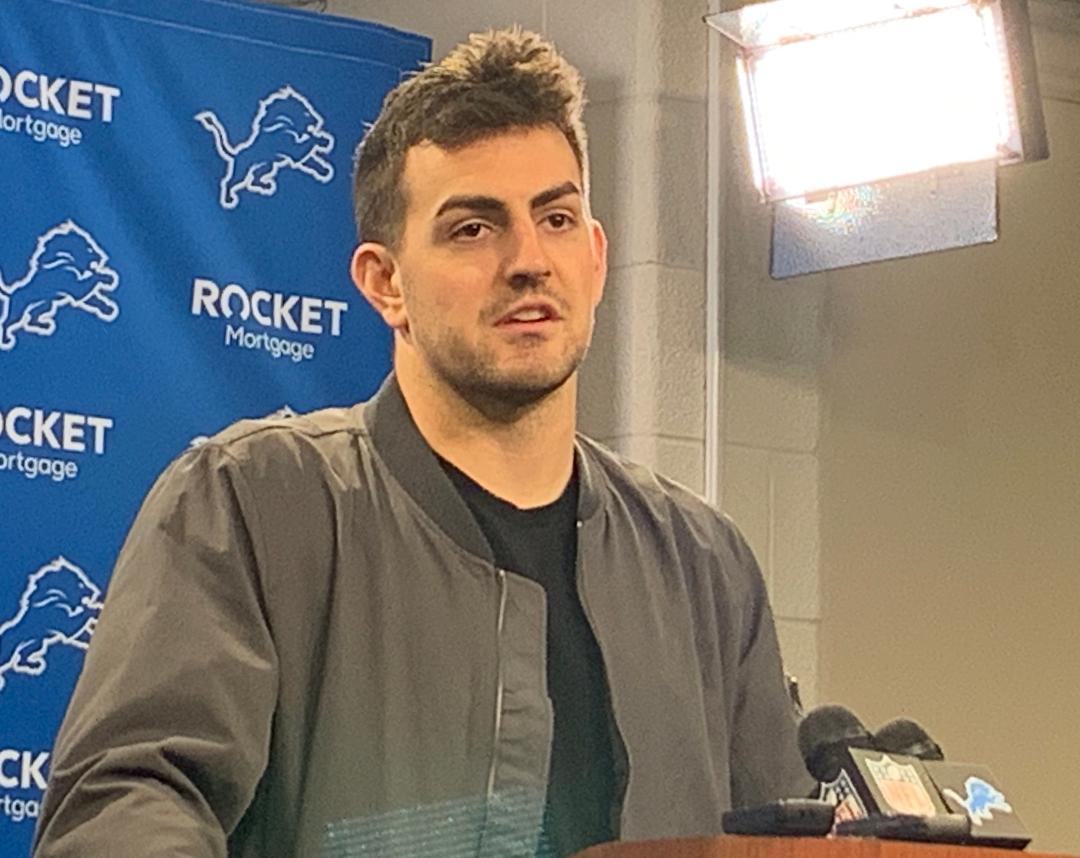 It’s kind of an interesting angle to a game between two lower-echelon NFL teams. The Lions (3-9-1) have lost six straight while Tampa Bay (6-7) has won its last three.

Suh, who left the Lions after the 2014 season, isn’t the biggest threat on the Bucs’ defensive line. That honor goes to Shaq Barrett who has 15 sacks this season compared to 1.5 for Suh. It doesn’t mean Suh is ineffective — his work doesn’t always show up in the stat line but he’s a presence that can’t be overlooked.

“He’s one of the dominant players in the NFL, and I look forward to playing against him,’’ Lions quarterback David Blough said. “I know a lot of the guys (know) he was here and a great player while he was here, and we’ll have our hands full, but we trust our guys, too. So it’ll be a good opportunity for us to block him up and try to throw the ball.”

Five other things to watch:

1. Don’t sleep on the Bucs who started the season 3-7. They’ve won three straight (over Falcons, Jaguars, Colts). “We’ve started to win some close games that we lost earlier in the year because I don’t know if we thought we could actually win them,’’ Bucs coach Bruce Arians said on a conference call. “I think they’re learning how to win.”

2. Quarterback Jameis Winston may be turnover prone with 23 interceptions, but he’s passed for 29 touchdowns this season. “So we have to make sure that we get (touchdowns) stopped first and then just capitalize on those opportunities if we get any of them from that standpoint,’’ Lions coach Matt Patricia said. “Certainly, we always work on the fundamentals with that stuff, whether it’s the ball out on the ground, how do we recover it? Are there bodies around? Is it an open space? When the ball is up in the air, high-pointing the ball, how we’re going to catch it, kind of some of those different details of the fundamentals of trying to turn the ball over. Certainly, our first and foremost job will be trying to prevent those big plays that they are hitting downfield.”

3.  The Bucs own the third-best offense in the NFL, averaging 392.8 yards per game. With Tampa’s Mike Evans likely out, the Lions catch a break but Chris Godwin is the leading receiver with 1,212 yards and nine touchdowns. Tampa averages 298.2 passing yards per game, second in the NFL. Bucs’ running backs Peyton Barber and Ronald Jones could give the Lions’ defense headaches. Between the two of them, the have 11 rushing touchdowns so far. “They’re explosive, and we know that. We trust our guys to put us in a good position on offense, and the offense will be ready to do our part too,’’ Blough said. “I feel like we let our defense down last week. We’ll be ready to go that’s for sure.”

4. David Blough should be feeling more comfortable in his third start. “I think it’s something you get in a routine of. I was Matthew’s (Stafford) and then Jeff’s (Driskel) backup, you know, you prepare the same way every week, so that’s kind of what I try to take in,’’ Blough said. “I try to do the things Matthew did and Jeff did. You just have to lead, be yourself, be genuine, and the guys follow. It’s been great to have their support and them lifting me up and trusting me. I’m learning along the way.”

5. Another game without Stafford, but he’s not the only key player out with injuries. Linebacker Jarrad Davis, guard Joe Dahl, right tackle Rick Wagner and defensive tackle A’Shawn Robinson are out. Da’Shawn Hand and Marv Jones Jr. were placed on injured reserve this week. The Lions have been beat up physically. It’s time for the younger guys to show what they have.

PREDICTION: Bucs 31, Lions 17 (The Lions’ players need a win to help morale, just not sure they’ll find a way to get it done.)