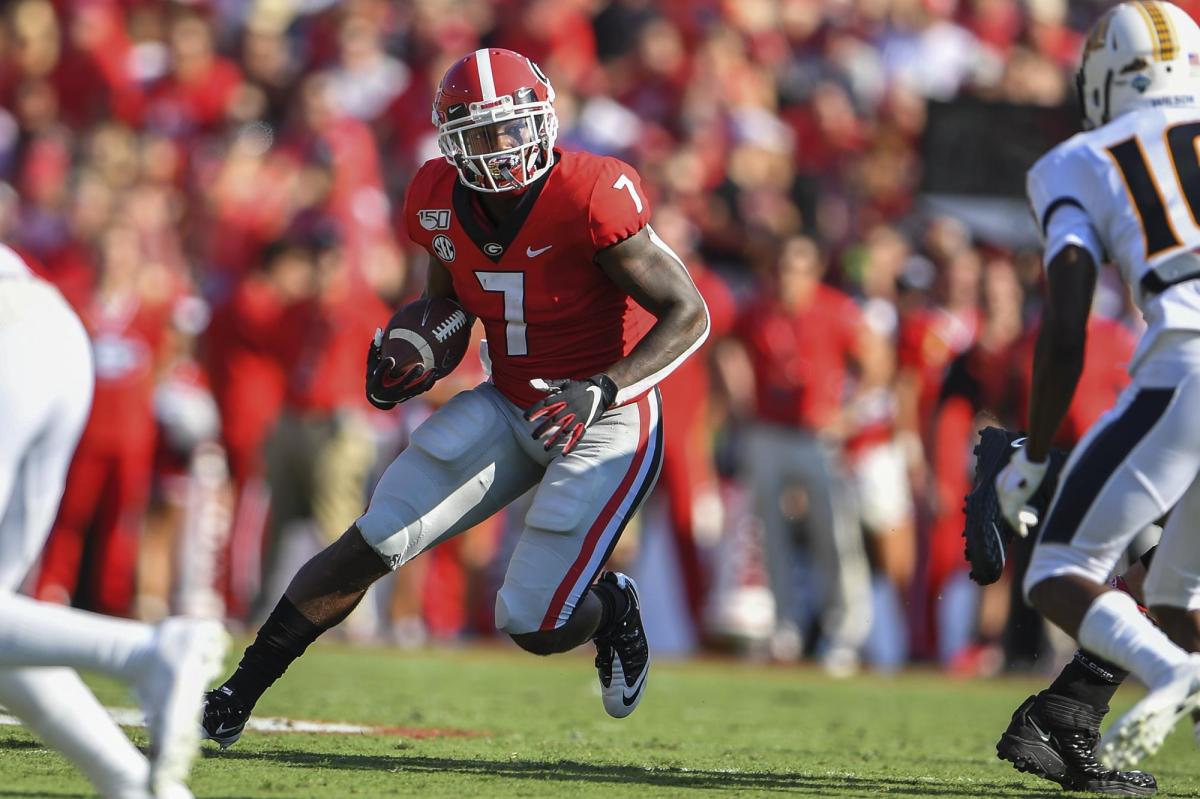 When running back D’Andre Swift was drafted by the Detroit Lions he thought of Barry Sanders, his favorite back of all time.

Sanders, the Hall of Famer, last played in 1998 and Swift, who grew up in Philadelphia, was born in 1999. Doesn’t matter.

“Everybody would always talk about him. I started watching film, highlights and looking at his stats and they were remarkable and unbelievable,’’ Swift said on a conference call on Friday night. “As I got older I tried to make my game to be like his in any way possible. I just love watching him.’’

No one would dare compare the two, but Swift does know a good running back when he sees one. He was ranked by many draft experts — including ESPN’s Mel Kiper — as the best running back in the draft.

The Lions nabbed the Georgia running back with their first pick in the second round (35th overall) on Friday night.  Swift ran for 1,218 yards on 196 carries last season (his junior year) for the Bulldogs, averaging 6.1 yards per carry with seven rushing touchdowns.

Swift said he had talked to the Lions a bit more than some other teams, but he had no idea if they were going to draft him.

“I didn’t know it was going to be, that’s the most crazy exciting part about it,’’ Swift said.

He said fans should know that he is “somebody who’s versatile, somebody’s who going to compete everyday, somebody who can do whatever the coach asks him to do.’’ He also said he’s first and foremost a leader.

He will join Kerryon Johnson (Auburn) and Bo Scarbrough (Alabama) in the all-SEC Lions’ backfield.

Detroit did not draft a running back in 2019, but selected Johnson in the second round (43rd overall) in 2018.

Athlon Sports ranked Swift as the top running back prospect calling him the most complete back in the draft class with outstanding vision and patience.

More from Athlon: “He shows good initial burst and runs with excellent balance through contact and enough speed to hit the home run after he slips a tackle. He’ll be an immediate contributor in the passing game as well. Swift has natural hands …”

ESPN’s Mel Kiper had mocked Swift to Green Bay late in the first round.

Up next for the Lions on Friday night are two third-round picks — 67th and 85th overall.