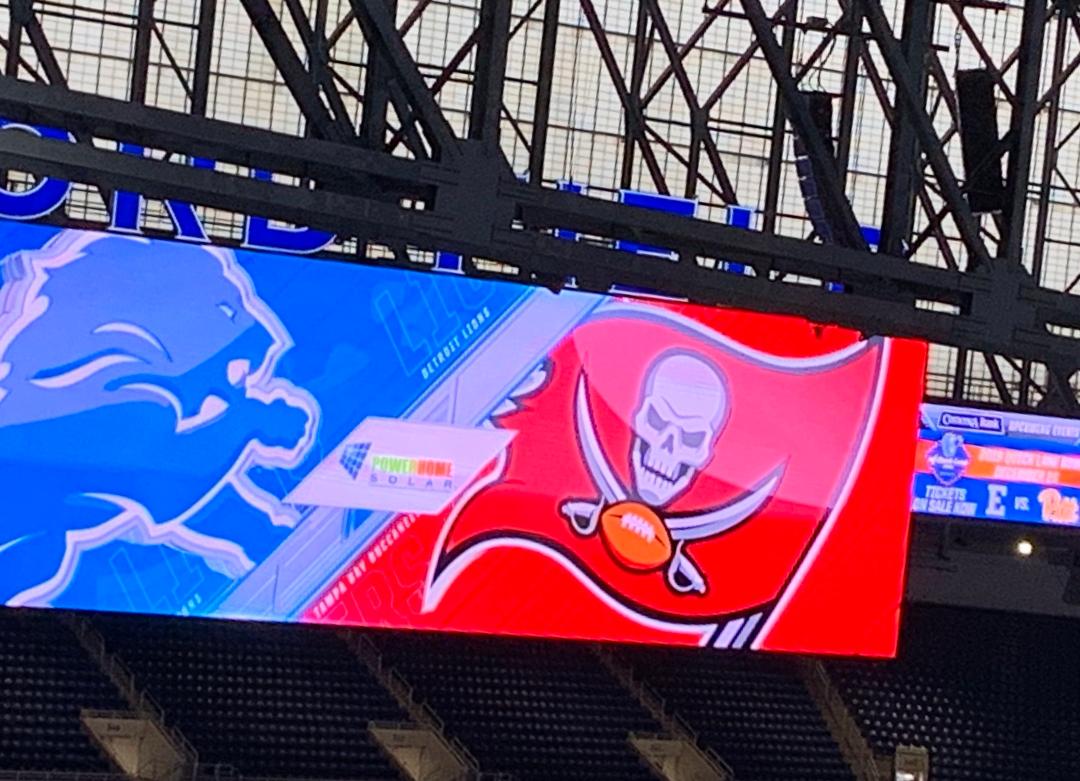 DETROIT — It’s a beat-up Lions squad that takes the field today to face the Tampa Bay Buccaneers at Ford Field.

Running back Bo Scarbrough (ribs) is out along with linebacker Christian Jones (shoulder). Jones was working with trainers on the sidelines nearly three hours before kickoff, but obviously wasn’t ready to play.

Dahl and Davis were placed on injured reserve on Saturday. Running back Wes Hills and offensive tackle Dan Skipper were signed to the active roster from the practice squad.

The other inactives are cornerback Michael Jackson and guard Beau Benzschawel.

Ten of the Lions’ starters for Week One won’t be on the field today. Nine due to injury and also Quandre Diggs who was traded.

David Blough will get his third straight start at quarterback for Detroit. 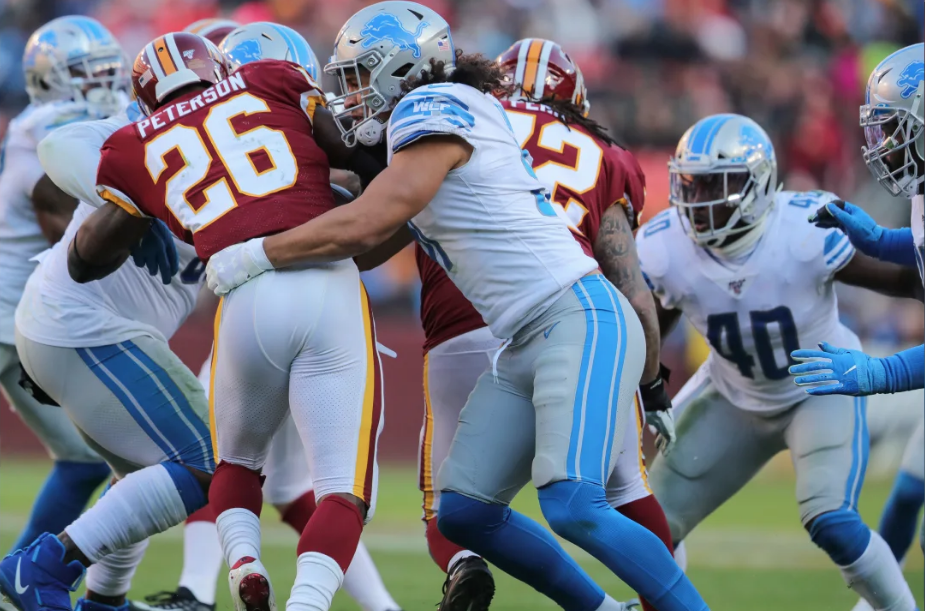 It looked gloomy for the Detroit Lions, when the lowly Redskins took a 13-3 lead in the first half. It had been an ugly road start for the Lions on Sunday.

Detroit took its first lead, 16-13, early in the fourth quarter. The Redskins kicked a field goal to tie it. Then with 54 seconds remaining, Lions quarterback Jeff Driskel threw an interception, the Redskins marched 53 yards downfield and Dustin Hopkins kicked a 39-yard field goal to grab the 19-16 win.

It was a sloppy game for the Lions who have lost four straight and seven of their last eight. Their last win was on Oct. 27 when they beat the Giants. Seems like a long time ago.

It doesn’t get easier. They host the Chicago Bears on Thanksgiving and then play at the Vikings on Dec. 8.

Driskel, in his third start for the injured Matthew Stafford, has shown growth and his athleticism running the ball helped too. His inexperience, though, was a factor in his three interceptions.

Five things to know about the loss:

1. The loss is yet another gut punch in a horrid season. A win would have helped with the Lions’ confidence and spirits especially with a quick turn-around to play on Thanksgiving. The Redskins had only won once, their rookie quarterback Dwayne Haskins was starting just his third game. Detroit’s injuries don’t count. Every team has to deal with them. The Redskins are 2-9, pretty much a laughingstock. There is no reason the Lions should have lost and yet they did.

2. Once again the Lions’ defense faded late. The Redskins’ offense struggled until their final two drives. The defense, which has struggled big-time this season, did not allow a touchdown and held the Redskins to 230 total yards. Washington’s only score came on a 91-yard touchdown return by Steven Sims. Jr. But when it counted late in the game, the Redskins were able to pick up precious yards and the win.

3. Don’t put this loss all on Driskel’s shoulders. The late interception was brutal, but the Lions should have been all over this Washington team from the get-go. Driskel was sacked six times, but the young quarterback showed moxie and finished 20 of 33 for 207 yards with three interceptions. Also he carried the ball nine times for 63 yards. No clue if Stafford will be ready to play on Thursday.

4. Running back Bo Scarbrough came up just 2 yards short of 100, averaging 5.4 yards per carry. He was held to 24 yards in the first half and lost a fumble, but came out hot to start the second half. He’s been quite a find for the Lions. Looking for a bright spot on this team? Look at Bo.

5. Matt Patricia has preached about limiting penalties. The Lions weren’t called for a single penalty in the first half, but finished with six for 65 yards. All the other miscues were costly too. Not only Driskel’s three interceptions, but Scarbrough’s lost fumble, Matt Prater missed a 39-yard field goal, special teams allowed a 91-yard kickoff return for a touchdown. The list is long, too long. 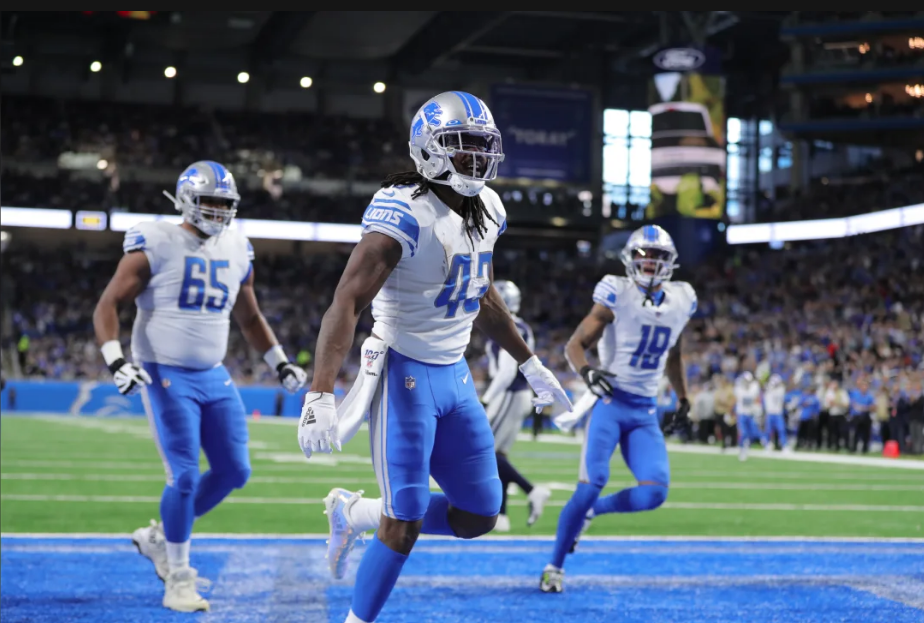 DETROIT — Bo Scarbrough made one heck of an NFL debut on Sunday.

The Detroit Lions running back, who had been promoted from the practice squad on Saturday, got the start in the 35-27 loss to the Dallas Cowboys.

Scarbrough, a seventh-round pick of the Cowboys in 2018, had 14 carries for 55 yards including a 23-yard scamper and a touchdown.

“I kind of grabbed him after the game and just told him how proud I was of him. He ran the ball super hard. He knew what he was doing,’’ quarterback Jeff Driskel said. “He hasn’t been here very long at all and he stepped right in there, and it was awesome to see him run that ball that hard. He kind of brought some life to our run game and it was awesome. He’s a good player and I’m happy he’s on our side.”

“That touchdown doesn’t really mean anything. It’s just another score on the board for us to get ahead. But if we can contribute and win, it’d be different,’’ the 23-year-old Scarbrough said.

His fresh legs let the Lions keep Ty Johnson, who was coming off concussion protocol, for most of the game.

Scarbrough did not say when he found out that he would start.

Scarbrough played at Alabama including the two national championship seasons (2015 and 2017). He was signed to the Lions practice squad on Nov. 6 after being out of football since Aug. 31 by the Seahawks.

He said he didn’t have extra motivation today because the Cowboys were the team that originally drafted him.

“No, like I told you before, it’s what I do. ‘Matty P’ (Patricia) says that and that’s what he wanted me to do. So I’m going to do my job, whatever it is, to help the team win,’’ Scarbrough said. “If I have to give someone a cup of water, then that’s what I do.”