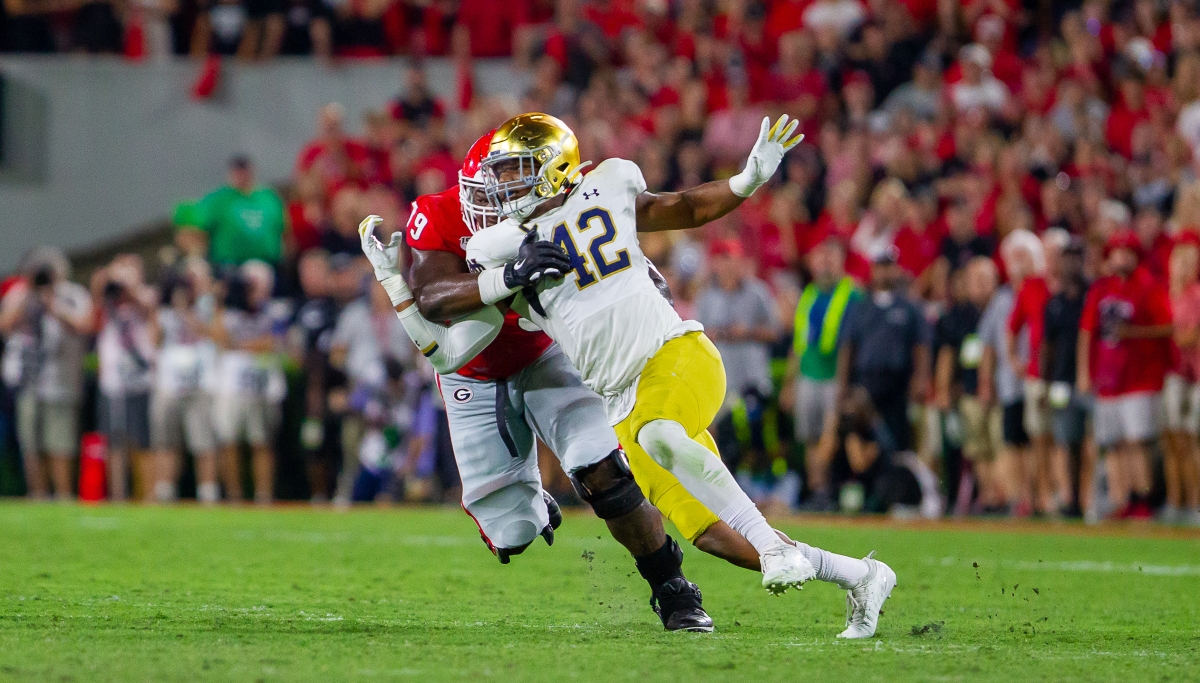 Julian Okwara has always been competitive with his older brother, Romeo. Now the brothers will play on the same team in Detroit.

It was a nice touch, as the TV cameras showed the brothers hugging when Julian’s name was announced when the Lions selected him in the third round of Friday’s NFL draft.

At the NFL Combine in February, Julian said it would be great to play for the Lions because he could get free rent from his brother.

“It’s awesome I’ve always dreamed about this, it’s a dream come true, I’m pretty much speechless, still letting it marinate. I’ll wake up tomorrow and let it set in,’’ Julian Okwara said on a conference call on Friday night.

And, yes, he still plans on a year of free rent from Romeo.

Okwara, who played at Notre Dame just like his brother, was the 67th overall pick of the Lions on Friday night.

Edge rusher was one of the Lions’ biggest needs and Okwara (6-4, 248 pounds) should be able to step in.

Athlon Sports had him slotted as the fifth best outside linebacker in the draft.

Athlon reported: “He flashes exceptional skills in the pass rush, with good get-off and the heavy, active hands to beat blocks and enough flexibility to turn once he’s softened the edge.’’

In nine games for the Irish in 2019 he had five sacks, seven quarterback hits and two forced fumbles.

Earlier on Friday night the Lions drafted running back D’Andre Swift (Georgia) in the second round (35th overall).