Matthew Stafford will need to play better than in Sunday’s loss to the Bears if the Lions are to have a shot at upsetting the Packers in Green Bay on Sunday.

Of course, so will everyone around him — including the coaches.

“I think every time we go there and play, we’re playing a really good team in a tough place to play,’’ Stafford said. “Obviously it’s going to be an interesting venue this year with no fans like everywhere. The toughest part about going to play at Lambeau is the Packers. They’re a really good football team.’’

2. While the whole offseason the emphasis was on finishing, getting a good start is a bonus too. Stafford had missed the final half of last season with a broken back and had no preseason games which could be why the offense struggled early to find a rhythm. “I felt like it took me a little bit too long to get settled into this one, I wasn’t efficient enough early and I don’t know if it’s because I hadn’t played a game or just didn’t get into the flow,’’ Stafford said. “Either way I’m trying to make sure it doesn’t happen again …’’

3. The defense, especially without cornerbacks Justin Coleman (on injured reserve) and Desmond Trufant (out with hamstring), will have its hands full. It could be quite a welcome to the NFL moment for rookie corner Jeff Okudah thanks to Aaron Rodgers.

4.  Pressure up front will be critical. Last Sunday Chicago’s Mitchell Trubisky was sacked just once by the Lions. But new defensive coordinator Cory Undlin didn’t put all of it on the defensive line. “When you talk about pass rush, it’s not just the four guys that are rushing by themselves. It has a lot to do with the linebackers in coverage, it has to do with the secondary in coverage and it all works together,’’ Undlin said on a conference call this week. “You guys have heard that phrase before.”

5. Once again the Lions will be without wide receiver Kenny Golladay (hamstring). Rookie wide receiver Quintez Cephus (fifth-round pick) led the Lions with 10 targets last week but only made three catches. “I know as a player out there I have a lot of confidence in him, I know the coaching staff does as well. He’s just a guy that continues to work hard, learn and try to prove himself,’’ Stafford said. “Look for the offense to spread the ball around. Tight end T.J. Hockenson proved that his good camp was not a fluke with a solid effort in the loss to the Bears. 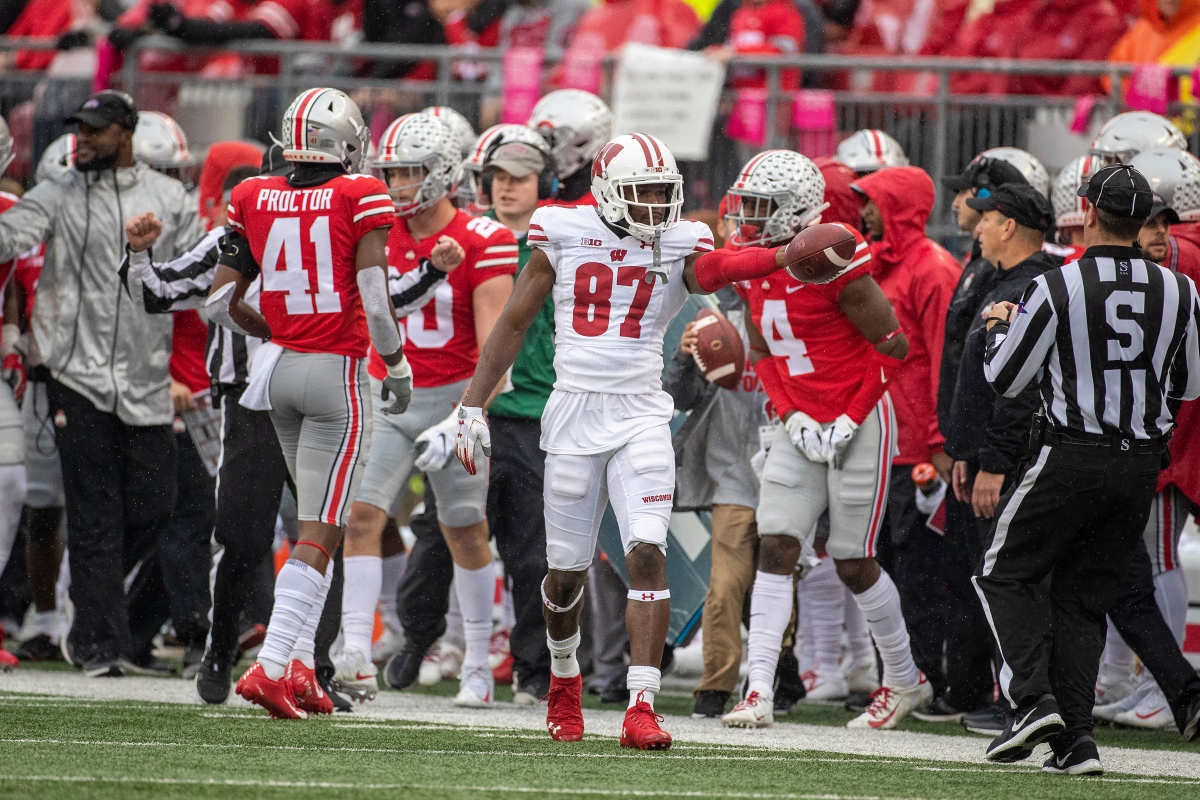 Both are now members of the Detroit Lions.

Wide receiver was a position of need for the Lions and they addressed it by drafting Cephus in the fifth round on Saturday (166th overall).

“Jeff is an unbelievable talent, he was the best guy I lined up against all year,’’ Cephus said in a conference call on Saturday.  “It’s amazing getting  to see all the great athletes that the Lions tapped this year that they drafted and the guys they have on their roster.

“Jeff Okudah, I know he’ll get me better. I can’t wait to work with him and have fun, knowing he has that same respect for me that I have for him it’s going to be a great thing,’’ Cephus said.

“I think I’m a receiver that makes plays, I’m a complete receiver I’m willing to block, to make catches, I’m willing to do whatever I need to do to help my team be successful, whatever that is I’ll do what I have to do,’’ Cephus said.

He remembers watching quarterback Matthew Stafford when he played at Georgia.

Cephus’ career at Wisconsin was temporarily derailed before the 2018 season when he was accused of sexual assault. He was acquitted of those charges in August 2019,

He didn’t want to talk about the issue in the conference call, saying he’s looking forward to playing with the Lions.