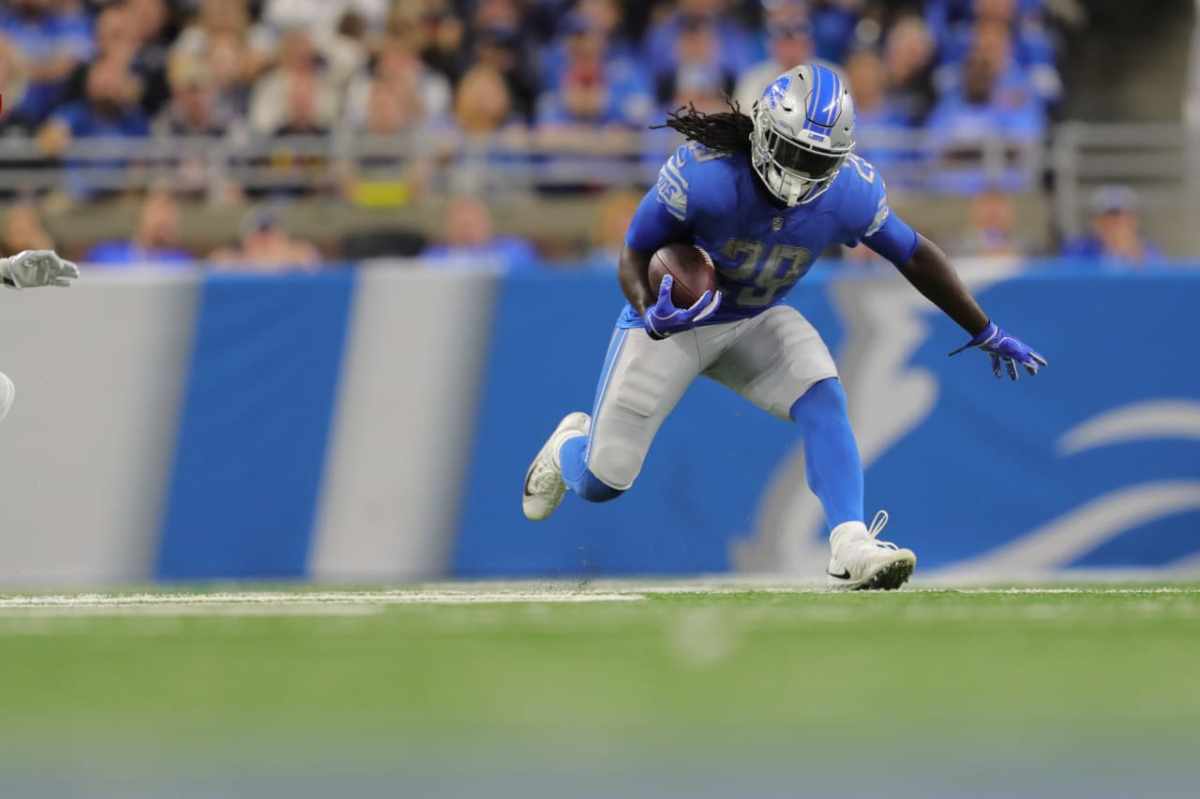 The Lions had a huge opportunity to get in the win column against the Patriots and took advantage of it with a 26-10 win on Sunday night.

No fluke plays, no bad calls by the officials, just solid play.

The Lions defense wouldn’t let Tom Brady sustain drives at all in the first half. The Patriots’ first three drives were three-and-outs.

Meanwhile Matthew Stafford, who didn’t look like himself in the first six quarters of the opening losses, had command. Credit the offensive line with giving him so much time in the pocket. Also, the line opened up lanes for the running backs. The Lions aren’t looking for a 50-50 run-pass ratio, but they need to be effective running the all which did not happen last season.

Afterward, Stafford called it a true team win. It was huge. An 0-3 start is much tougher to overcome than starting 1-2.

“They’re a really good football team, well coached. But we needed this one. It was great to have them come into our place on a big stage and be able to do something like that,’’ a smiling Stafford said afterward.

Here are three categories where the Lions have improved week to week:

The running game which was a big emphasis in the offseason seems to be on track. The duo of veteran LeGarrette Blount and rookie Kerryon Johnson may be the answer. They also got big help from the blocking by the offensive line.

Stafford’s completion percentage has climbed week to week. Actually in the win over the Patriots he had less passing yards than the previous two games. But that’s a good thing, because he was able to depend on the run game. An ideal average for passing completion is at least 62 percent.

Third-down conversions usually are a telling statistic. The Lions were dreadful on third downs in the opening loss to the Jets. They have improve steadily each week.

Coach Matt Patricia enjoyed his first win as an NFL coach. He’s not counting on momentum to carry the Lions on Sunday at the Dallas Cowboys (1-2).

“It’s hard. You’d like to, you know, you’d obviously like to get that (momentum) you know if you could week in and week out, but I think each week is different in the NFL. I mean, it’s so hard, it’s different, it’s not the same every week, so you really almost have to reset every single week and you know, you grind it out, you play the game, you empty the tank, you come back in the next day and you start filling it back up and get ready for the next game,’’ Patricia said. “And that’s what we got to do every week. It’s just too hard.’’