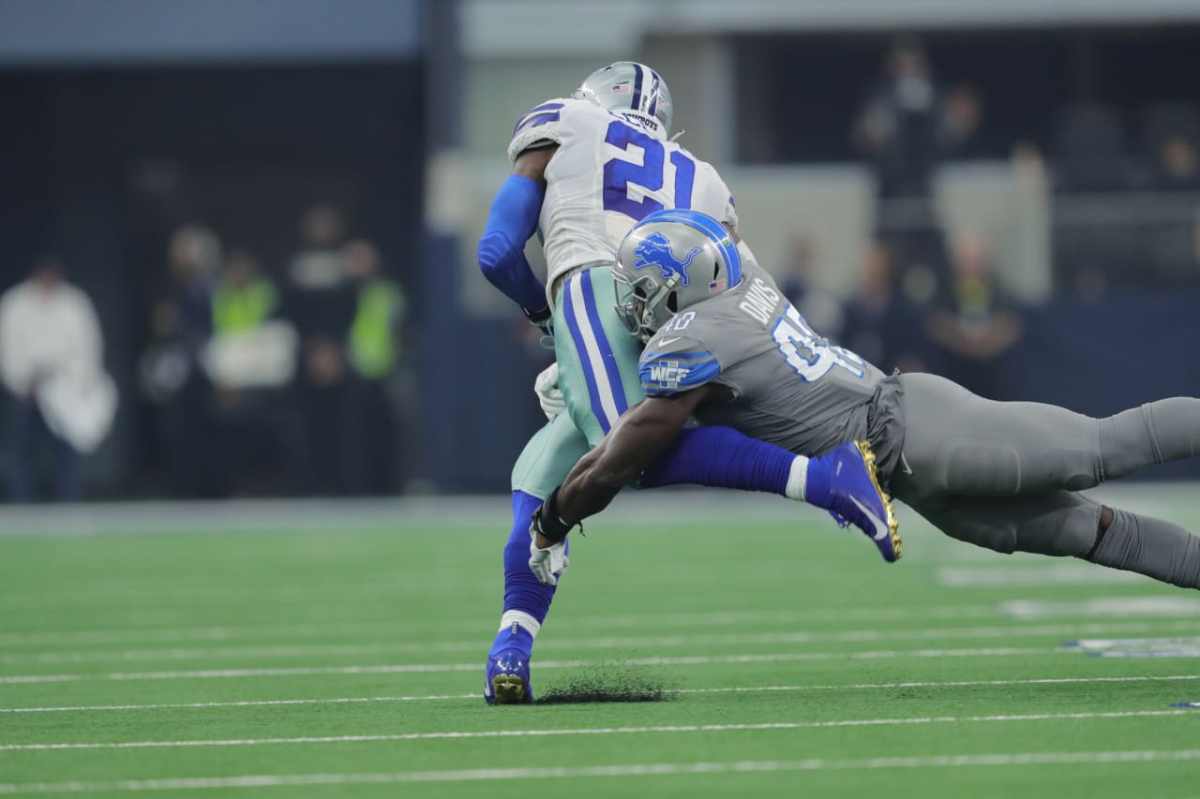 Often it’s difficult to play the blame game after a Detroit Lions’ loss.

On Sunday, after the Dallas Cowboys kicked a 38-yard field goal to win, 26-24, it is easy to determine why the Lions lost.

The defense did not do its job. Plain and simple.

Doesn’t matter that they were without the injured Ziggy Ansah – no excuses, please.

All week they talked a big game about stopping Ezekiel Elliott. They knew they had one job: Stop Zeke. And yet they didn’t do it.

Hey, he’s a great back. But the Lions defense allowed him to have his best game this season with 25 carries for 152 yards with a long scamper of 41 yards. He also had four catches for 88 yards and a touchdown.

The Lions fall to 1-3 under new coach Matt Patricia, a defensive specialist.

Don’t expect finger-pointing in the Detroit locker room, but it’s clear the issues are mostly on the defensive side of the ball.

1. Actually one through four, should be on the Lions’ defense but that’s too easy. As mentioned, they knew they had to stop Elliott and they did not. It’s not like it is an impossible task. In Week 1, the Carolina Panthers held Elliott to 69 rushing yards. In Week 2, the N.Y. Giants kept him to 78 rushing yards. Not sure what the Lions saw on film of those two games. Maybe they had a good plan and just didn’t execute. Going into the game, the Lions rushing defense was worst in the league so they knew they had work to do. Apparently that stat was not lost on Dallas offensive coordinator Scott Linehan.

2. Time of possession in the first half was heavily weighted toward the Lions 20:31 to 9:29. Yet at the half they were behind 13-10. The Cowboys scored late in the second quarter on the first play after a questionable call on Lions starting defensive end Romen Okwara for unnecessary roughness. It looked like Dak Prescott was down but he got back up so Okwara tackled him. You can’t blame him. But on the next play, Elliott caught a 38-yard pass for a touchdown to give Dallas the half-time lead.

3. Dallas tight end Geoff Swaim was wide open on his touchdown catch on first-and-goal from the 1-yard line. That score gave Dallas a 20-10 lead with 2:59 left in the third. Plenty of time for the Lions’ offense to catch up, but they needed the defense to hold. Give Detroit’s defense credit for forcing a field goal on the Cowboys’ drive early in the fourth even though they were first-and-goal from the Detroit 6-yard line. Hard to imagine why the Cowboys tried to pass on second- and third-down in that situation when they had Elliott right there and obviously the Lions had trouble stopping him.

4. Matthew Stafford was sacked just three times in the first three games this season. It was all good that he was getting protection from the offensive line. However, the Cowboys’ DeMarcus Lawrence was able to sack him three times on Sunday. Right guard T.J. Lang suffered a concussion on the Lions’ second drive of the game and was replaced by Kenny Wiggins who allowed at least one of those sacks. When healthy, Lang is a much better guard than Wiggins. It could be part of the reason the run game was not quite as successful as it was against the Patriots.

5. The Detroit offense was not perfect — they were forced to punt twice in the first quarter. However, Stafford had a good game (24-30, 307 yards, 2 touchdowns, 131.5 rating). Golden Tate came to play with eight catches for 132 yards and a pair of touchdowns. He was quite the showboat – not sure that fits in with Patricia’s philosophy. Kenny Golladay had two catches of 22 yards each in a second-half drive that resulted in rookie Kerryon Johnson’s first NFL touchdown. Johnson scampered for 32 yards on the Lions’ first play from scrimmage. Looked like maybe another 100-yard game was on tap. He finished first half with six carries for 41 yards and then only touched the ball three times in the second half (one was on his touchdown). He finished 9 carries for 55 yards averaging 6.1 yards per carry. Overall the Lions had 96 rushing yards and 286 passing yards.

BONUS: The Lions finished with eight penalties costing them 58 yards. Five of those were on the defense. Three were defensive holding calls all on one third-quarter drive — Da’Shawn Hand, Quandre Diggs and Devon Kennard were the culprits. In comparison, the Cowboys were whistled twice for a loss of 20 yards.