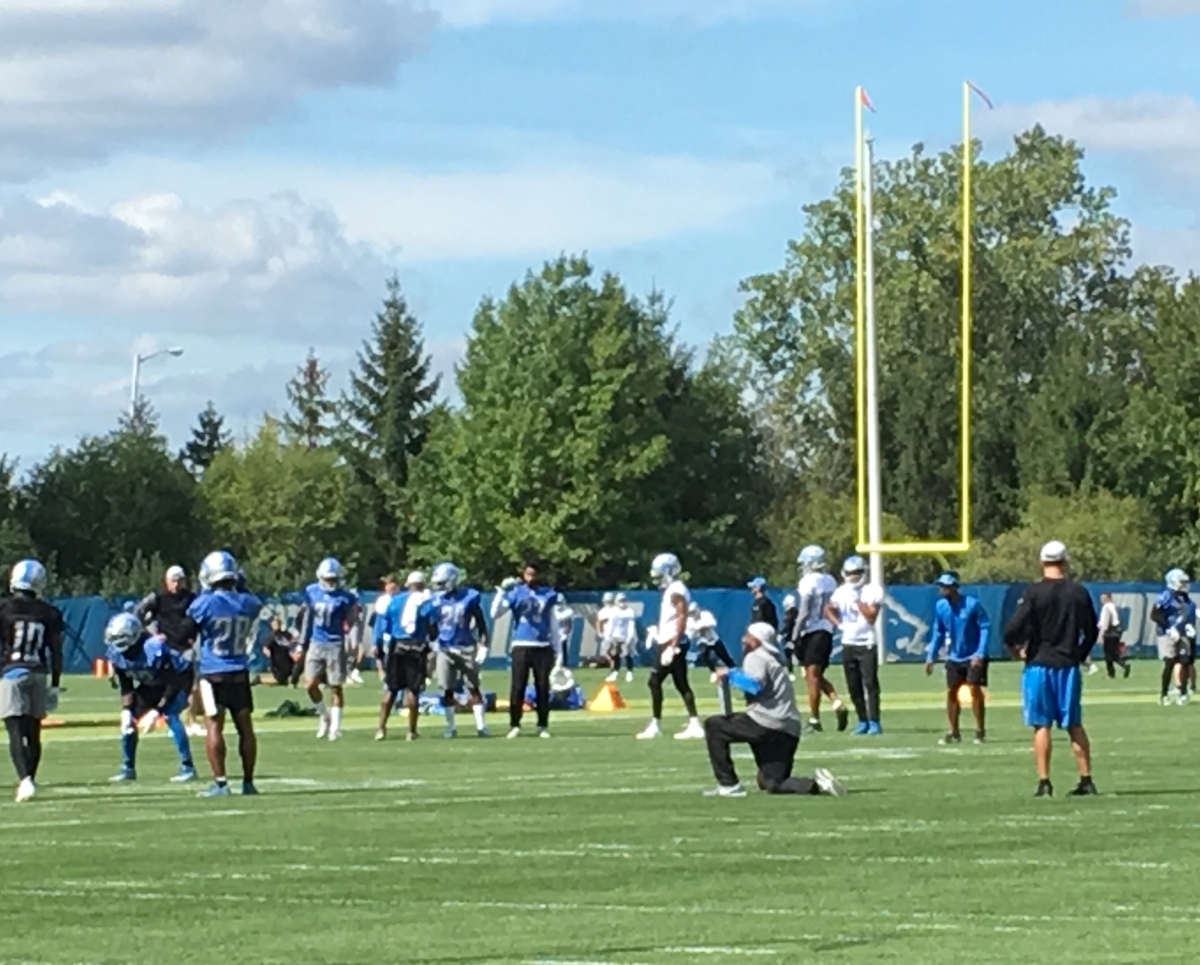 Momentum is a funny thing in the NFL. Its existence is questionable, but when a team is on a roll it certainly seems to be the reason.

The Lions, coming off a huge win against the New England Patriots, could certainly use another win at Dallas on Sunday to get back to even for the season. The Cowboys are not all of that. They’re also 1-2, having lost at Carolina (2-1) and at Seattle (1-2).

The Cowboys have won six of the last seven meetings against the Lions, but both of these teams are different. (Kickoff is 1 p.m. on FOX.)

Five things to watch on Sunday:

1. The Lions tandem of Kerryon Johnson and LeGarrette Blount must continue to grind out yards on the ground. They had their best game in the win over New England but the work is just starting. “I feel like myself and our running back room had the bar of expectation (set) high,’’ Johnson said. “We all know we’re talented guys, we all know what we can do, we all believe in this offense and this offensive line especially we’ve all felt it was something we can do and will continue to do it.”

2. The Lions’ run defense which tightened up a bit in the win over the Patriots, has to continue to improve. The Cowboys average 132.7 rushing yards per game which is seventh best in the NFL. The big issue is stopping running back Ezekiel Elliott who averages 5.7 yards per carry and is tied for the NFL lead in rushing with 274 yards. (He’s tied with San Francisco’s Matt Brieda who ran all over the Lions averaging 12.5 yards per carry with 138 yards on 11 carries.) “He’s got good size, good speed, good power. He’s patient,’’ safety Glover Quin said. “When he sees it, he hits it. He’s a tough tackle. He has all the attributes you want in a running back.”

3. The offensive line wasn’t perfect on Sunday but they were as good as they’ve been for a long time, giving Matthew Stafford time and opening up lanes for the run game. He’ll need time against a Cowboys’ defense that has held opponents to 6.58 yards per attempt through the air. Also, Dallas’ defensive line has recorded a sack on 10.3 percent of opponent passing attempts but haven’t intercepted an opposing quarterback. On the other side, Stafford has been sacked just three times in three games — the least amount for a starting quarterback so far this season. “Is that the deal? I didn’t even know that. That’s great,’’ Stafford said. “Our guys up front are fighting like crazy. I’m trying to do everything I can to get the ball out when guys get edges on our guys or whatever it is. I think that’s a good thing for our offense as long as I’m protecting the football and I’m not making a bad decision if I’m under duress.’’ He’s thrown four touchdown passes and just one interception in the last two games after getting off to a rocky start with four picks in the opening loss to the Jets.

4. Detroit will be without defensive end Ziggy Ansah who can’t seem to stay healthy. Still the defense has to keep the pressure on quarterback Dak Prescott who is not off to a great start this season with two touchdowns and two interceptions.

5. The Lions will be without tight end Michael Roberts (knee) for the second straight game. Roberts scored the only touchdown by a tight end when he pulled one in against the Jets. “I think tight ends in the League may not get enough respect for the impact they do have as blockers. A lot of run games out there, you’re going to have five offensive linemen out there just about every run game,” offensive coordinator Jim Bob Cooter said. “You’re going to have at least a sixth guy that’s tight end and then from there, you add the different variations that everybody has. So, when we have tight ends that are successfully blocking and are part of a successful scheme doing their job, communicating well with whoever they’re connected to, could be a tackle, they could be somewhere in the backfield or whatever we have those guys doing, it does make a difference. It does lead to offensive success.”