He was popular teammate, but they are moving on 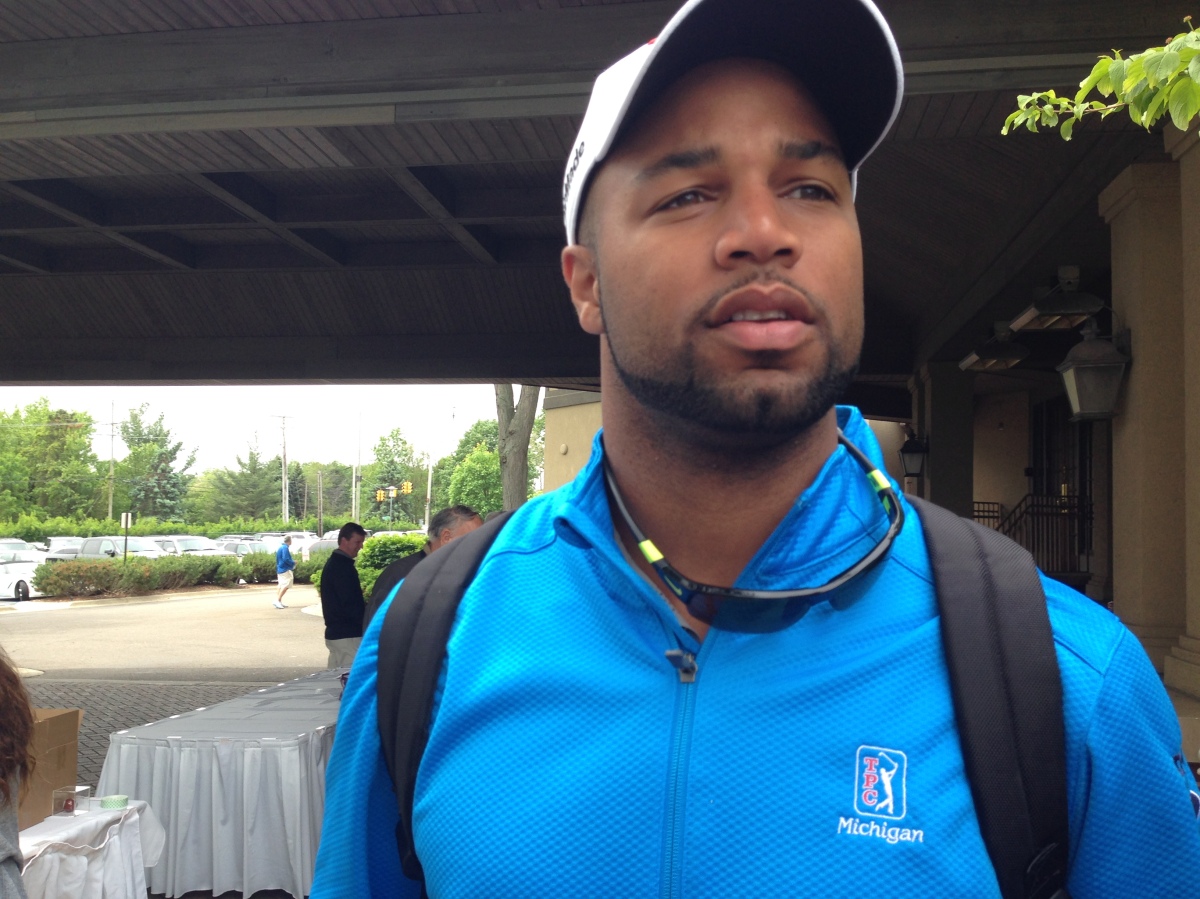 ALLEN PARK — It was the first day post-Golden.

With wide receiver Golden Tate traded to the Eagles on Tuesday, the Lions went through their first practice and day of work without him on Wednesday preparing to play at the Vikings on Sunday.

Tate led the Lions in receiving yards (527) and catches (44) and also had three touchdowns.

“”There are a lot of difficult decisions that are made in the NFL multiple times during the course of the year. Yesterday was one of them,’’ coach Matt Patricia said. “From our process, we try to evaluate everything the best we can and try to make the best decision we can as we move forward, not only for our immediate but also our long term.’’

Tate’s former teammates were obviously sad to see him go, but they can’t dwell on what could have been, they have to prepare for Sunday. They are not throwing in the tall. They have the same goal — to win the NFC North.

Player reaction to the trade:

— Wide receiver Marvin Jones Jr.: “Obviously he’s a great friend, a great teammates, a great player here and, you know, it’s the NFL, he’s somewhere else and this is a week we have to prepare for a tough opponent, can’t really harp on it. He’s a great friend. We just have to do what we do, go out there everyday in practice, get on the details as much as we can and get out there and make plays for the team. We have TJ Jones and (Brandon) Powell obviously they’re going to get a little bit of playing time. Everybody has to stay the course, whatever is called. We’ll work hard during the week like we have been and it’s the next man up. I’m sure we’re going to do good. TJ has had some great minutes for us over the years, obviously he’s like our Swiss Army knife, he knows all the plays we just go out there and keep doing what we’re doing.’’

— Safety Glover Quin: “You play this game long enough you see all types of crazy stuff, you see things happen each and every day, it’s a part of the business. As players you learn to go out and play because at the end of the day that’s what you have to go out and do. Obviously Golden was great for us, great in the locker room, in the community, on the team, fun teammate, made a lot of big plays for us. But they made a move and, at the end of the day, like I always say I’m just a player, my job is to go out there and play so that’s what I try to focus on. I wish Golden good luck and I’m pretty sure he’s going to go out there and be Golden. That’s who he is. We can’t let that stop us from going out there and trying to achieve our ultimate goal which is win football games.’’

— Wide receiver TJ Jones: We hate to see him go, we love him. I’ve been with him for four and a half years, we definitely built up a rapport and friendship on and off the field just like a lot of the other guys have. We hate to see him go, wish him nothing but the best. But the reality of it is we had to come in and attack the new plan today. … I think we’re all going to step up. I think there’s a lot of responsibility to be spread out among everyone on the offense, it’s up to us to handle it I guess. Take your responsibility, your part, whatever your role and do it to the best of your ability. I learned a lot (from Tate), coming in as a rookie and he was in his fifth year in the NFL and having four or five years together — there wasn’t a time when I wasn’t asking him something whether it was on the field, off the field, recovery or day-to-day life of becoming a pro.’’

— Left tackle Taylor Decker: “It’s sad to see him go personally, he was a friend, obviously a great player, great teammate, great for this community. We’re going to wish him the best of luck moving forward we have a big divisional opponent so we can’t dwell on that. Wish him the best of luck and obviously not happy to see him go. He was absolutely a very good player for us but we have plenty of good players in this locker room.’’