But first he has to get the ball 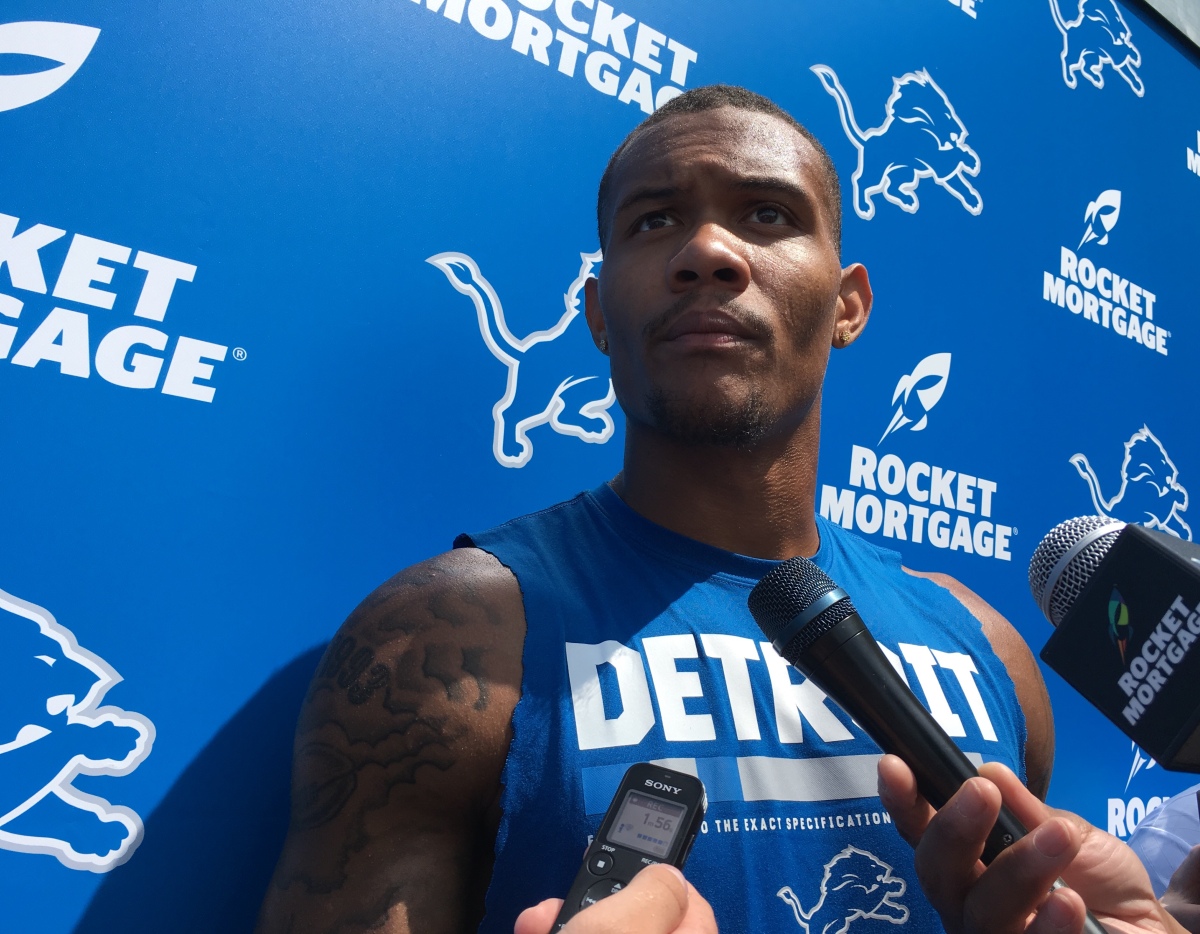 Even though the Lions’ second-year wide receiver and Golden Tate played different roles on the offense, look for Golladay to get more targets since Tate has been shipped off to the Eagles. Sunday the Lions (3-4) will play their first Tate-less game against the Vikings (4-3-1)at Minnesota.

So far it appears that Golladay has been under-used. He has 30 catches for 477 yards and three touchdowns so far.

“He’s going to get some different attention based on game-plan or just general game-plans might go in different directions based on what we feel we need to do win that particular week,’’ coach Matt Patricia said. “So it does change week-by-week, but there is a learning process that we’re still going through and that he’s going to see a bunch of different things that maybe necessarily he hasn’t seen before from a coverage standpoint and we just have to keep working to just keep growing and developing him as a player and also as an offense.’’

Golladay had a dozen targets, seven catches and 114 yards in the season opener but hasn’t had close to that much attention since with just 32 targets over the past six games.

He had one target and one catch for 12 yards in the loss to Seattle last week. It came on the first pass of the third quarter after he was a non-factor in the first half.

Golladay has gotten the attention of former record-setting Lions wide receiver Herman Moore who thinks, with some work, that Golladay can dominate in the NFL.

“He reminds me of almost like a Jermaine Crowell in terms of how lean he is, he’s tall and he has straight-ahead speed. He has upper-body strength,’’ Moore said. “If he can hone in the craft and say, ‘It’s not just going to be the deeper passes, I’ve got to learn how to catch the shorter ones, break tackles, make plays when plays aren’t there and just be dependable.

“He could turn out to be one of the great ones, I don’t say that lightly. Those chapters have to be written, but he has all the physical attributes for today’s NFL if you look at a prototypical dominant receiver. He has the ability to do that,’’ Moore added.

First, the ball has to be thrown his way.

“Kenny is still playing good football, we’re going to keep doing that. (Matthew) Stafford is going to keep throwing the ball to who gets the right one on one look,’’ offensive coordinator Jim Bob Cooter said. “It could be a defensive decision, it could be something their doing on their side of the ball. So that thing is a little bit different week. … The ball finds its way around usually when you have multiple guys working to get open.”

Cooter and Stafford have both repeatedly said that they don’t go into a game, planning to throw more passes to one receiver than another. It just depends on how the game develops.

Moore spent some time with Golladay last year during his rookie season. Moore, a first-round pick who struggled as a rookie, could identify.

“I talked with him as he was going through some of his injuries, the frustration that he was having. He knew he had far more abilities and talent than he was able to display,’’  said Moore who was inducted into the Lions’ ring of honor on Sunday.

First he encouraged him to work through getting healthy. “The second part was learning the system and don’t become one-dimensional. Try and show you have the ability to work across the board. I think he’s improving on that,’’ Moore said.