Plenty of frustration, not many answers 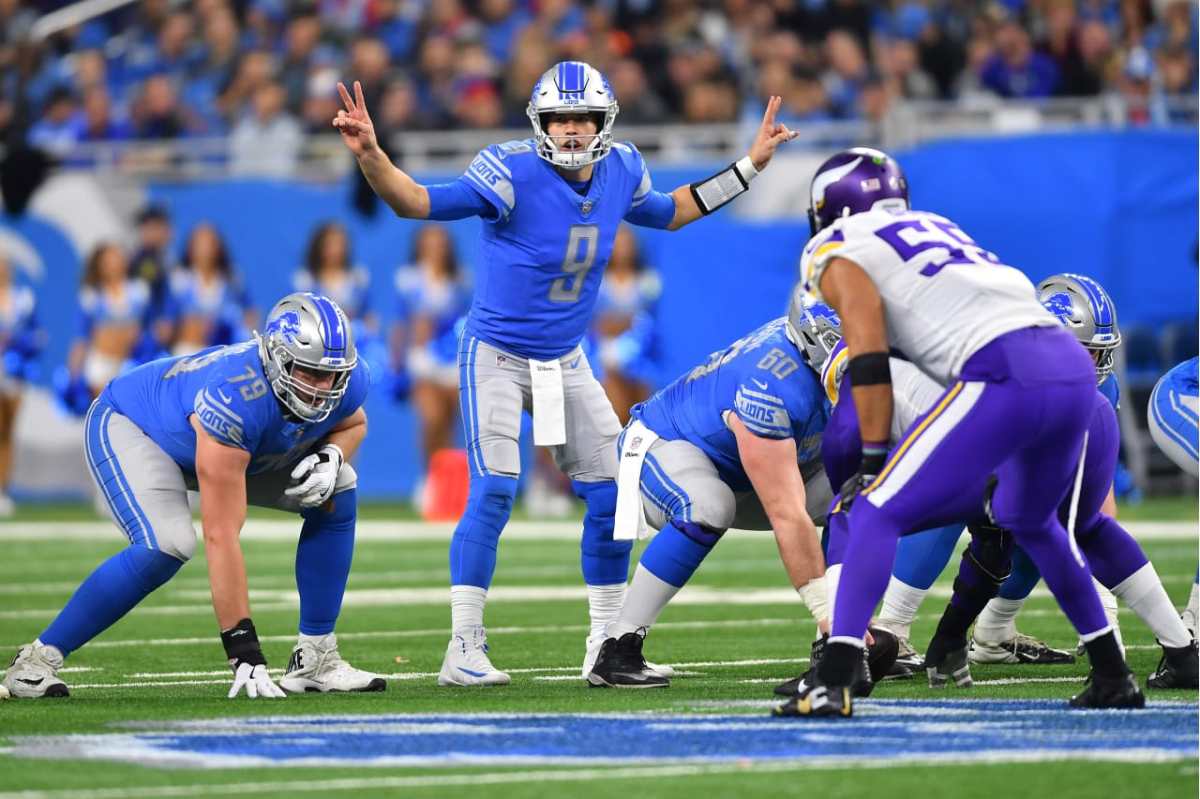 DETROIT  — The Lions have gone five straight games without scoring more than 17 points. Not surprisingly four of those were losses including Sunday’s 27-9 beatdown by the Minnesota Vikings.

Coach Matt Patricia is big on talking about improving not just game to game, but also day to day in practice. If it’s happening, it’s not showing on Sunday.

The Lions dropped to 5-10. It’s their worst record since 2012 when they finished 4-12 in Jim Schwartz’s fourth season. It’s the fourth season since 2008 when the Lions finished 0-16 that the losses have been in double digits.

You can wrap it up and put a bow on it but there’s nothing pretty about this season. And, it’s not over yet. The Lions play the Packers at Green Bay next Sunday.

It’s been another season of frustration for all involved. The crowd gave up early on Sunday, leaving Ford Field en masse in the second half.

Perhaps Matthew Stafford summed up the frustration best. The quarterback can’t tell you one thing that is missing from this team.

“I think you look at each game as different. That’s part of the frustrating part, it’s not one thing where you say, ‘OK, let’s go fix it and we’ll be fine,’’’ Stafford said. “It’s tough to win games in the National Football League and, for one reason or another, execution and play-making we haven’t done enough of.’’

1. The offense struggled against a solid Vikings’ defense. The three field goals in the first half were dandy, but they needed to get in the end zone and could not do it. “Just didn’t execute well enough, had some chances, got down in the red zone the one time and didn’t execute I can give Kenny (Golladay) probably a better ball on that one down the sideline there,’’ Stafford said. “Got into field goal range a few times and had some negative plays — a screen that went for minus, a couple runs that went for minus and against that defense it’s tough. You have to stay ahead of the chains and we weren’t able to do it. You get third-and-long against those guys it’s tough.’’

2. The defense was solid stuffing the Vikings’ run game and preventing them from picking up a first down until late in the second quarter. But once the damn burst, it was trouble. Vikings quarterback Kirk Cousins connected with Adam Thielen for 40 yards on a third-and-17 at Detroit’s 49. Two plays later he found Stefon Diggs in the end zone for their first touchdown. One minutes and 33 seconds later, Cousins threw a 44-yard Hail Mary touchdown to Kyle Rudolph. Putting the Lions in a 14-9 hole at the half. “We just have to get a little bit better from an alignment standpoint, we have to get some of those guys in better position,’’ Patricia said about the Hail Mary. “Get the guy who caught the ball boxed out and get him out of there. So, a couple details there.”

3. While it appeared that those back-to-back touchdowns sucked the life out of the defense in the second half, Patricia said it wasn’t so. “We were out there trying to battle nonstop. I think those guys, even when the ball got put in some tough field position standpoints, everybody’s out there fighting real hard,’’ Patricia said. “So, it’s a tough game and that was a good team. They have a lot of good players. Our guys fight hard.”

4. Plenty of talk about needing to execute better from everyone involved. It’s the same thing that’s been said since Week One. It’s not an uncommon phenomenon, but it’s kind of a head-scratcher. “We just didn’t execute and do the things we needed to do to get off the field and get the ball back to our offense,’’ said cornerback Nevin Lawson who had his first career sack. Execute is the word of the season.

5. The play-calling on offense continues to be an issue. On third-and-13 in the first quarter from the Vikings’ 37 Theo Riddick’s sweep loses 4 yards. Two plays earlier LeGarrette Blount had lost 3 yards on a first-and-10. So effectively those two plays took the Lions out of field goal range. Earlier, on the third play of the game, running back Zach Zenner scampered for 29 yards. He’s their best running back at this point of the season, but they won’t stick with him. They keep going back to Blount and Riddick who are not getting the job done. Zenner averaged 5.9 yards per carry on Sunday while it was 2.6 yards per carry for Blount and minus-0.7 for Riddick. Go with what’s working. It’s a mystery, the same as when they repeatedly throw short passes in long-yardage situations. They want to protect Stafford, but the coaches (Patricia and  Jim Bob Cooter) have to unchain his handcuffs.