Says he has utmost respect for the QB 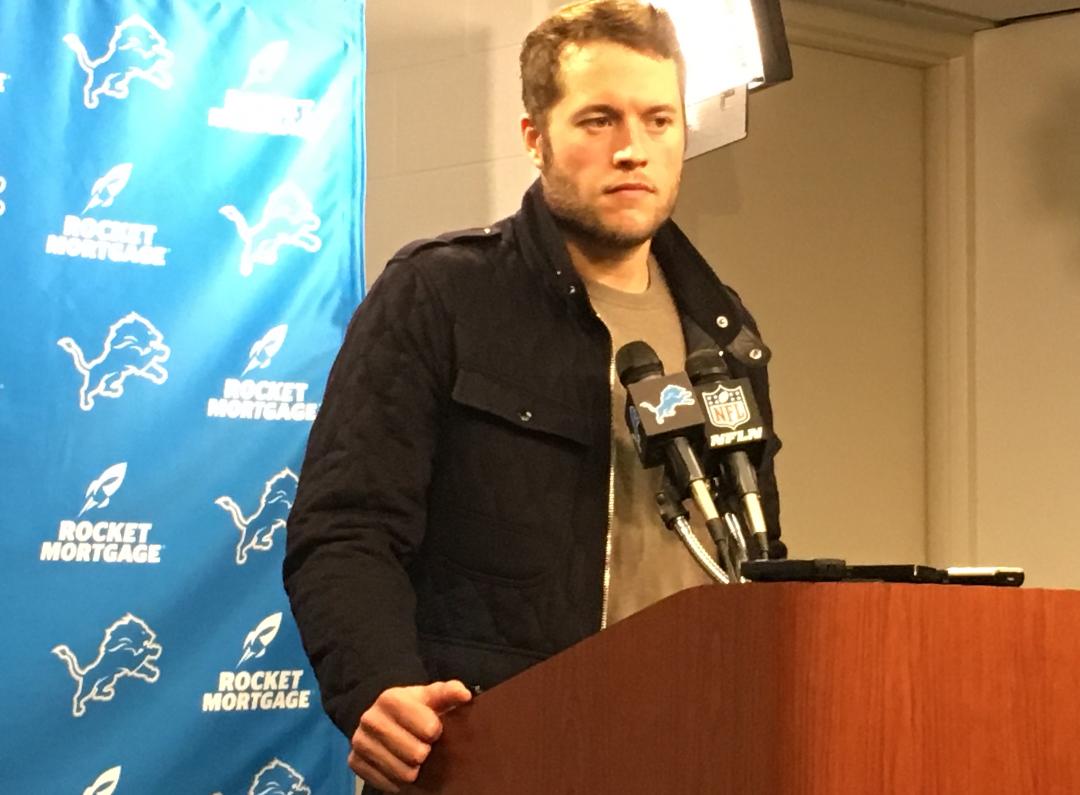 ALLEN PARK — Matt Patricia said today that Matthew Stafford is the Detroit Lions quarterback and there are no plans to move on from him.

“I have the utmost respect for him and everything that he does every single day and how he works. He’s my quarterback, we’re grinding every single day to get better,’’ said the coach whose Lions are 5-10.

Patricia was asked about trade speculation about Stafford who has had an off year.

“Like I’ve said before, Matthew Stafford is an unbelievable quarterback, he’s our quarterback,’’ Patricia said on Friday. “He’s been fighting, battling and leading this team throughout the entire course of the season. We’ll obviously just keep working and progressing and trying to get better next year and hopefully we can do some things to help him.’’

The Lions’ offense has struggled this season, but it is not all on Stafford. Offensive coordinator Jim Bob Cooter and Patricia are working together for the first season and have changed the offensive philosophy. Also, wide receiver Golden Tate was traded on Oct. 30 and Marvin Jones Jr., was placed on injured reserve missing the final half of the season.

Stafford, in his tenth season, is unlikely to reach the 4,000-yard passing yard mark for the first time since 2010 when he played in just three games. He’s at 3,511 with Sunday’s game at Green Bay to finish the season. He’s thrown 19 touchdowns which is the lowest since the 2010 season when he had six.

“We’re in a situation where Matthew Stafford is our quarterback, that’s what it is. I think the world of the guy. I think he’s an unbelievable competitor, I think he’s a great player,’’ Patricia said.

The coach does not question Stafford’s leadership.

“I think his leadership and the way he approaches every single week and his drive at the game, his demand of excellence that he has for himself, the players and the people around him is everything you want,’’ Patricia said.