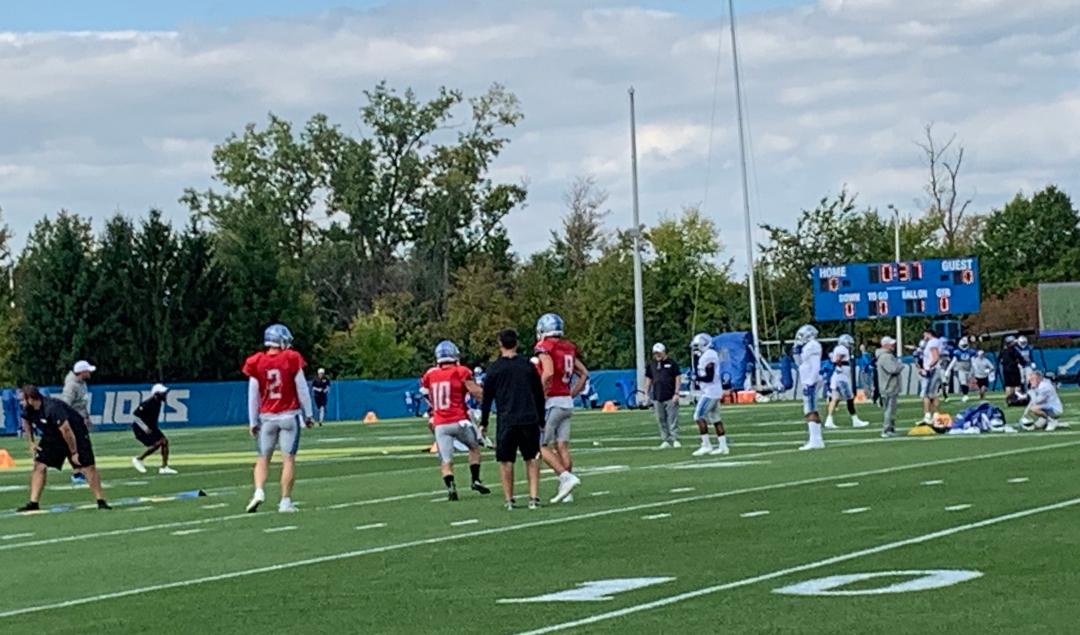 The Lions only get one Monday Night Football appearance this year and plan to make the most of it.

Detroit (2-1-1) will face the Packers (4-1) in a huge NFC North division battle. It will be the Lions’ first conference game while the Packers beat the Chicago Bears and Minnesota Vikings to open the season.

Lions coach Matt Patricia refuses to budge off his belief that this game isn’t bigger than others.

“It’s really just that the next game is always the biggest game. I think certainly from that standpoint, the only thing that does really affect anything along those lines – but the next game is always the biggest game – it’s just when in the season is it,’’ Patricia said. “I think as the season goes and the farther you get along in the season then from that aspect of it those games are always critical from that point. They’re all important. We only have so many of them. That’s just kind of the way the NFL works. Really for us, it’s staying within the moment. I think that’s the biggest thing.”

The Lions have won two straight at Lambeau and three of the last four there. For years it seemed like they’d never win again at the Packers. Kicker Jason Hanson never won a game there in his 21 years with Detroit. But after losing 22 straight games in the state of Wisconsin (includes 3 games in Milwaukee 1992-1994) the Lions snapped the streak with the win on Nov. 15, 2015.

Five things to know about Lions matchup at the Packers:

1. Matthew Stafford knows his work will be cut out for him  “They’ve got guys up front that wreak havoc on the game and guys in the backend that are really sticky in coverage and do a great job when the ball is in there of going and making plays on it,’’ Stafford said. “We’ll have our work cut out for us. It’s always a tough environment to go play there. It’s a lot of fun playing there. It’s a great stadium, but they’re a really good football team.” Stafford said it’s key to limit turnovers against the Packers, just like in every game.

2. Aaron Rodgers is back to being Aaron Rodgers. He’s thrown six touchdowns against just one interception in the 5-1 start for the Packers. The offense looks to be revived under new coach Matt LeFleur. “One of the fiercest competitors with just this calmness about him that’s pretty amazing. I think, when you step on the field and see what he can do and operate at such a high level. Just really unphazed by so many things that are happening around him and just continues to make these great plays. It’s pretty unbelievable,’’ Lions coach Matt Patricia said. “One of the things that they are doing that they’ve been known for, but I think he’s just doing a great job this year are some of the free plays that he’s getting. Whether it’s substitutions or – his cadence is amazing, so he gets the hard counts, he gets guys to jump. They’re really converting those into touchdowns.’’

3. Packers running back Aaron Jones was named the NFC offensive player of the week after scoring four rushing touchdowns in the win at Dallas on Sunday night. He also caught 7 passes for 75 yards. “They are running the ball very well, and obviously Aaron Jones is one heck of a back. It puts a lot of stress on you,’’ Lions defensive coordinator Paul Pasqualoni said. “It puts a lot of stress on the defense because regardless of what level of football you’re at, I think as a defensive coach you preach to stop the run, and they’re running the ball very well. Of course, they have a great quarterback, they have a Hall of Fame quarterback who is playing extremely well. They do have a nice play-action concept off of those stretch runs. You have to bring your A-game and you have to be at your best because it’s just very difficult to stop.”

4. The Lions’ run game must continue to evolve. Their 186 rushing yards against the Chiefs (125 by Kerryon Johnson) helped keep them in that game. “I mean the last couple games that he’s played, he’s really been beginning to trust the scheme that are going on in front of him. I think he’s beginning to trust himself in kind of what we’re asking him to do. He’s done a really nice job,’’ Lions offensive coordinator Darrell Bevell said.

5. Coming off the bye week, the Lions are healthier. Tight end T.J. Hockenson, finished concussion protocol, and is expected to play. After missing the loss against Kansas City, cornerback Darius Slay and wide receiver Danny Amendola will return. Defensive linemen Mike Daniels and  Da’Shawn Hand will be sidelined, per Saturday’s injury report. For the Packers, wide receiver Davante Adams is out.

PREDICTION: Lions 27, Packers 24. Detroit have the advantage of an extra week of rest and preparation.