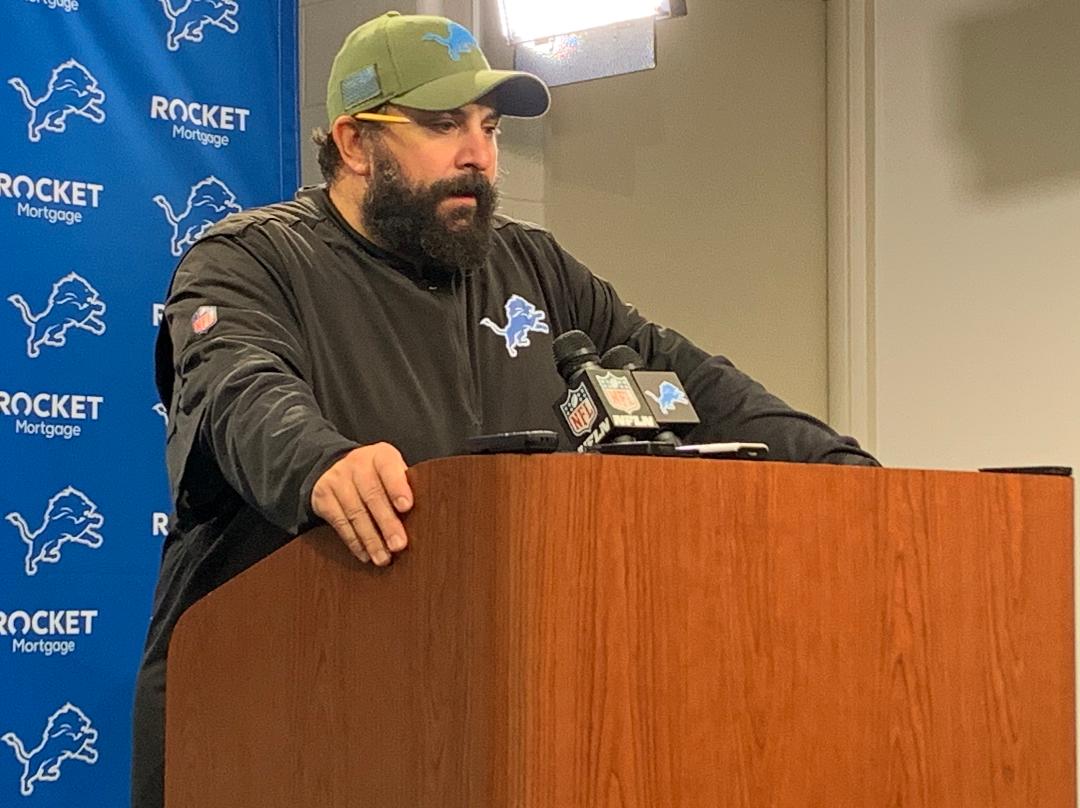 DETROIT — Detroit’s defense is not getting the job done.

It happened again on Sunday when the Dallas Cowboys beat the Lions 35-27 at Ford Field. If you’ve lost count, the Lions have lost six of the last seven and are now 3-6-1.

On offense the Lions had a backup quarterback (Jeff Driskel) starting his second game for this team and a running back (Bo Scarbrough) who never had a carry in the NFL. Still they managed to score 27 points which should be enough to win an NFL game.

Do not blame this on Driskel or the offense.

This is all on the Lions’ sad-sack defense, especially against the pass.

In the last five games the defense has allowed quarterbacks to throw 16 touchdown passes and has not made an interception.

“We just need to make more plays. We just left too many plays out there. It’s another game – I feel like a broken record at this point, but another game I feel like the offense played well enough for us to win, but we have to figure it out collectively as a defense,’’ linebacker Devon Kennard said. “We have to play better, and we can play better.”

Cowboys quarterback Dak Prescott threw three touchdown passes for 444 yards (just shy of his all-time high of 463). He had all the time in the world in the pocket and often his receivers were wide open, without a defender within a few yards. Dallas finished with 509 yards of offense.

“We had pressure. I think we missed like three (sacks). We were getting what we needed to go, we just have to make the plays, like I said. We had a couple guys that probably had some sacks but missed it. We had a couple guys that had chances to make PBUs and we didn’t make it, and I am one of them,’’ cornerback Darius Slay said. “So, it’s all accountable for all of us, so we all just have to put it together.”

Coach Matt Patricia, known as a defensive guru when he was hired from the Patriots, has talked about finding consistency since Week 1. He is still searching for it.

“It’s something we’re trying to figure out,’’ Patricia said in his post-game presser.

Echoing his coach, Kennard said they need to be consistent in everything they do.

“I feel like last week we came out and played one of our better games defensively overall, and we needed to build on that and not take a step back. Defensively, I think we took a step back today,’’ Kennard said.

Yes, there have been injuries but that is no excuse. Every team is dealing with that at this time of the season.

Nothing that they saw from Dallas should have been a surprise. The Cowboys had the NFL’s best offense (437.3 yards per game) when they arrived at Ford Field.

“We didn’t play well enough to win. Give the Cowboys credit. They made a lot more plays than we did,” Patricia said. “Certainly, I’d say, in all three phases they’re plays out there that we need to do a better job of, so continually trying to improve this and get it better.”

No offense but this is basically what’s been said every week just change the name of the opponent.

Prescott is a solid quarterback with plenty of talent surrounding him.

On a somewhat positive note, running back Ezekiel Elliott was held to 45 yards on 16 carries and a touchdown. In only one game has he been held to less yards (35) this season.

Driskel might be young but he’s not crazy. He wasn’t going to get into a debate on whether the offense is carrying the defense and if there is any resentment in the locker room.

“I mean the beautiful thing about football is it’s a team sport, it’s a total team sport. Our first touchdown of the day they gave us a short field. I don’t know where we got the ball exactly, but they did a nice job of getting the ball off of them,’’ Driskel said referring to the recovered fumble at the Cowboys’ 28-yard line in the first quarter.

“We did a nice job of scoring a touchdown. We got the ball later – I think it was still in the first quarter – around midfield after a huge return, so, it’s a total team game,’’ Driskel said. “I think everyone just has to look themselves in the mirror and see what each individual could have done better to give us a better chance to win.”

No one would disagree.

This team can do better with the talent on the roster, but it is the defense that is holding the Lions back. Of that, there is no question.