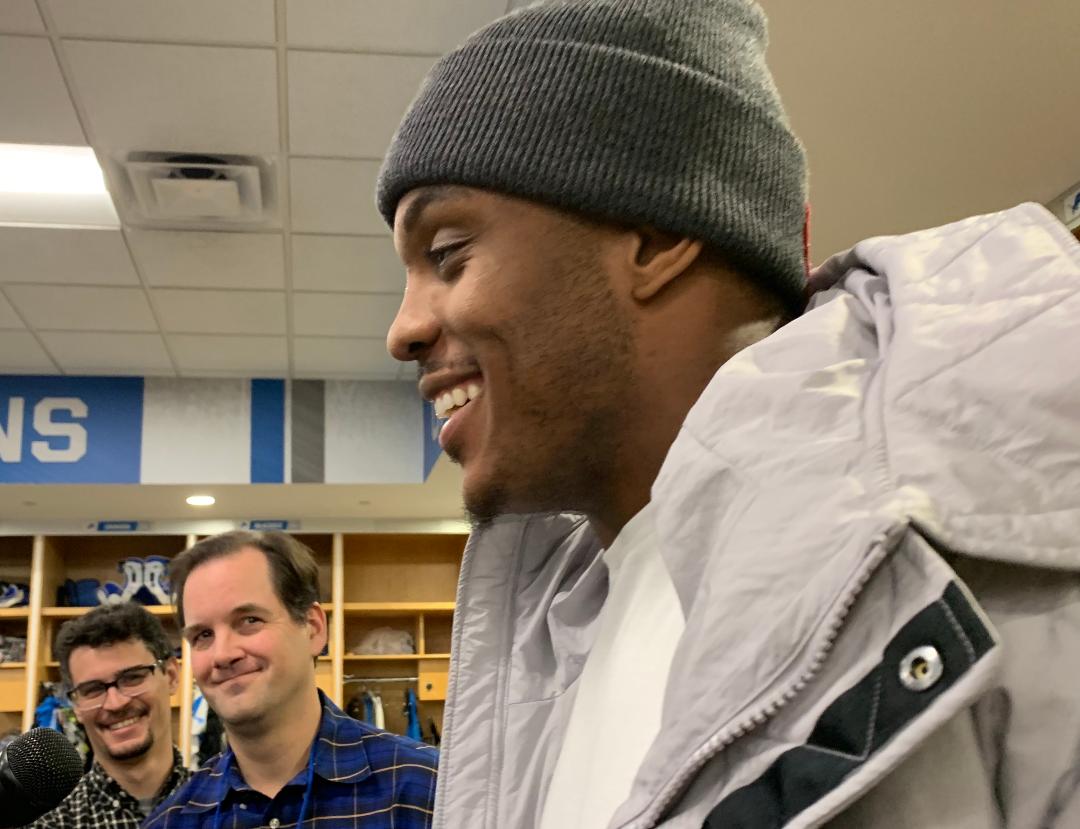 ALLEN PARK — Devon Kennard doesn’t listen to all the “noise” in this town concerning the 3-7-1 Lions, their coach Matt Patricia and GM Bob Quinn.

The volume was cranked up after the Lions lost to the lowly Washington Redskins on Sunday, still Kennard is a believer in Patricia and remains focused on Thursday’s game against the Chicago Bears (5-6). The Lions’ linebacker said he’s learned a lot of football since he came to Detroit last season.

“It hasn’t been a good season so far. I’m a firm believer, I’m riding with (Patricia) until the wheels fall off and that’s my mentality,’’ Kennard said on Monday evening.

His focus is on the Bears, not on the season as a whole.

“It’s obviously where we’re at, but I’m not the type to be in the middle of the season and be jumping ship,’’ Kennard said. “I’m trying to win a game, I’m trying to win on Thursday, all that other talk and all of that, that’s noise. I think it’s disrespectful to the game to be worried about that kind of stuff. Got a big game on Thursday —  it’s a big thing for fans, this organization to be thinking about anything else but how we’re going to stop losing and how we’re going to get a big win on Thursday. That’s where our minds need to be.’’

In the first meeting two weeks ago, the Bears (5-6) defeated the Lions 20-13. The Lions have lost four straight and seven of their last eight.

Kennard starting smiling just thinking about the possibility of a win on Thursday.

“It will feel really good. You won’t see me monotone if we get a freaking win I’ll be feeling good. I think it will be a good start it’s one win, you can’t look at anything bigger than that,’’ Kennard said. “It will feel great right now especially on Thursday against a really good team that we’ve lost to a bunch since I’ve been here. Being able to get that win will be huge.’’

Patricia, who is 9-17-1 in his first two seasons, said he’s always disappointed when they don’t win. He’s a competitive guy.

The coach also says this is all a process.

“I know there’s a lot in play here that we’re going through, and we’re trying to build, and we’re trying to do the best we can to improve and get better,’’ Patricia said. “Sometimes, for us, we try to just stay on (the) task at hand for the week. It’s one-week seasons for us. On top of that, we’re looking at other things as far as the development of some of the younger players and the guys that are out there and just how those – even the guys that have been around for a while are improving and going through and learning and improving. For us, it’s just part of the process as we go forward.”

Kennard, who had a sack and a forced fumble in the loss to the Redskins, sees improvement in the defense.

“I actually think the last few weeks there’s been some things we’ve done better. I feel like we’ve stopped the run better the last few weeks — that’s something that’s frustrating me a lot early in the season and I feel like we’re playing better ball when it comes to that,’’ Kennard said. “That needs to continue. That’s a start for me personally and us getting things where we want them, we have to pick up in other areas. I know penalties are killing us, third down is killing us defensively. Those are things we need to address and get fixed.’’