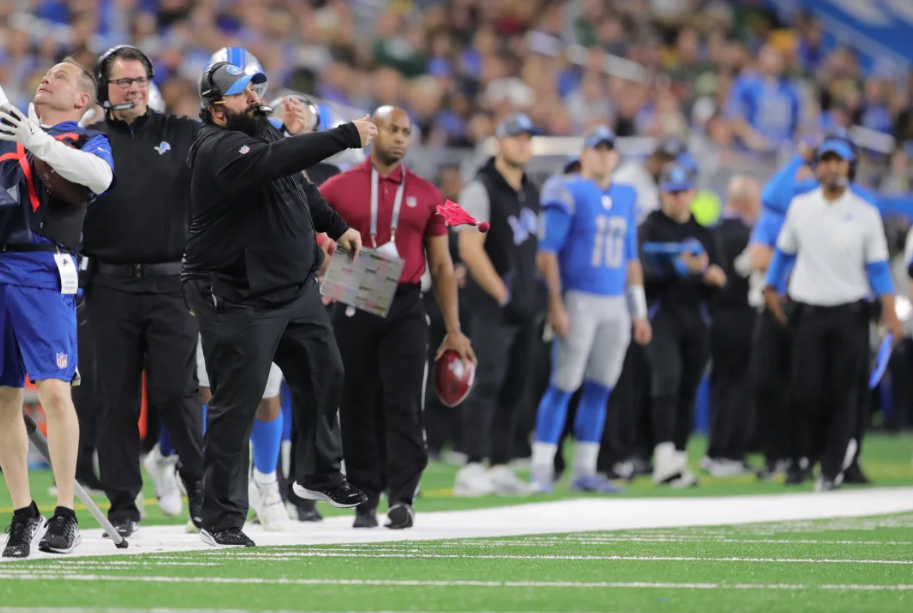 It’s over. The Lions’ 3-12-1 record this season was the worst since 2009 when they went 2-14 in Jim Schwartz’s first season trying to bring the franchise back from the infamous 0-16 season.

This season started with promise. Much was expected of the defense, especially the defensive line.

With a new offensive coordinator in Darrell Bevell, the offense was a bit of an unknown. While the Lions had plenty of issues, the offense wasn’t one of them while Matthew Stafford was healthy.

Five key moments from the season:

1. When Matthew Stafford got crunched in the 31-24 loss at the Oakland Raiders on Nov. 3 it changed everything. Stafford, who had started 136 straight games, broke bones in his back and missed the final eight games of the season. Backup QB Jeff Driskel started three games before he was injured. Then rookie David Blough started the final five games. When Stafford went out the Lions were 3-3-1. Without him, they didn’t win another game. He wasn’t the only injured player — there were plenty — but his absence was the most consequential.

2. The fourth-quarter loss to Packers on Oct. 14. The Lions led 22-13 heading into the fourth and then Green Bay’s Allen Lazard caught a 35-yard touchdown pass from Aaron Rodgers with 7:31 left. The Lions could get nothing going when they got the ball back and were forced to punt. Green Bay’s Mason Crosby kicked a 23-yard field goal to win the game with two seconds left on the clock.  It was a gut punch. A win would have given the Lions a 3-1-1 record. Instead they fell to 2-2-1 and could never recover. Oddly enough Crosby’s field goal with time running out on Sunday at Ford Field, gave the Packers a 23-20 win. Green Bay never led in those two games until the field goals.

3. The 34-30 loss to the Kansas City Chiefs at Ford Field was back in Week 4 but could have shifted the momentum of the season to the Lions’ favor. Again, the Lions led 30-27 with two minutes left but the defense allowed a rushing touchdown that proved to be the game winner. Sense a trend? These Lions were horrid in the fourth quarter on offense and defense. In seven games they held fourth-quarter leads and lost.

4. Safety Quandre Diggs, who had struggled a bit early in the season, was traded to Seattle on Oct. 22. Diggs, who was voted a captain by his teammates, was a leader in the locker room and popular with players on offense too. Yes, the NFL is a business. But the timing of a trade like this was suspect. The Lions were 2-3-1. Lions players were careful to watch their words when speaking of the deal, but it’s clear it was a blow to the defense. This is a trade that could be made by the Patriots without anyone blinking an eye. Once the Lions have won six Super Bowls, maybe that would be the case in Detroit. But not now. The Lions went 1-9 after the Diggs’ trade.

5. Owner Martha Firestone Ford announced on Dec. 17 that GM Bob Quinn and coach Matt Patricia would return for a third season. She expects the team to be a playoff contender in 2020. This deadline of sorts could definitely affect how they approach free agency and the draft. Mrs. Ford is running out of patience (and who can blame her). The expectations are now clear.

BONUS: Kerryon Johnson played in the first six games before injuring his ankle in the home loss to the Vikings on Oct. 20 and was placed on injured reserve. He was off to a solid start with 308 yards and a pair of touchdowns after missing the final four games of the 2018 season. He came back for the final two games and scored a touchdown in Sunday’s loss to the Packers. Paired with Bo Scarbrough (who emerged after Johnson went on IR) they could be the one-two punch the Lions so desperately need in the run game for next year. There’s always next year.