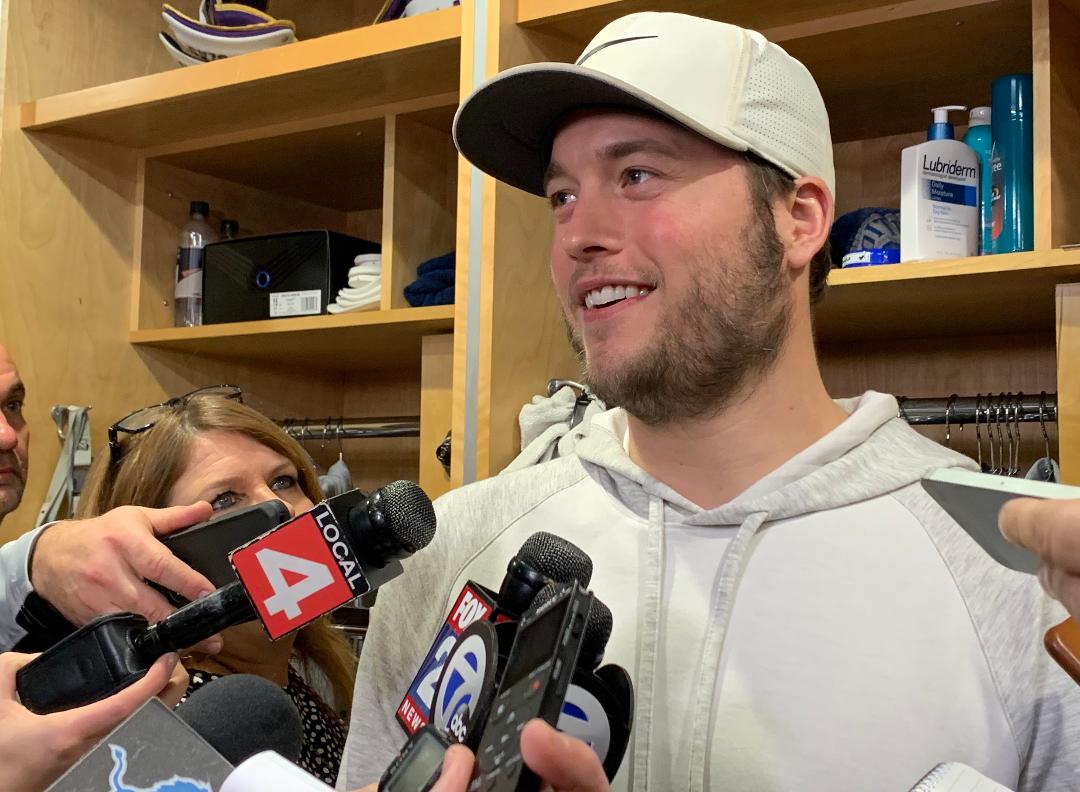 The Detroit Lions quarterback is not worried about his back injury so he’s not sure why it should be an issue going forward.

“I’m not concerned about it, that should make people feel good. I’m the one living with the back. I feel very good about it,’’ Stafford said on Monday during the team locker clean-out period.

The 31-year-old quarterback missed the final eight games of the season with broken bones in his back. Sounds like the same back injury as a year ago, but he said it is not.

He’s confident the back won’t be an issue going forward because of how he feels right now.

Stafford was off to a hot start — on pace for nearly 5,000 passing yards — before he was injured in the loss at the Oakland Raiders.

He said the offense under new coordinator Darrell Bevell felt like a good fit.

“Felt like we were doing some good things, obviously always room for improvement but I was liking the direction we were going in,’’ Stafford said.

He wouldn’t project on when he could play but said he is throwing the ball.

“I feel really good which is good. I’ve had quite a bit of rest and I think I’ll be feeling really, really good pretty darn soon to tell you the truth,’’ Stafford said.

Stafford, who turns 32 in February, just wrapped up his 11th season with the Lions. He doesn’t seem concerned about the window closing on his career.

“I think every offseason is (important). If I was going to be 29 or 28, I  wouldn’t come into the offseason thinking ‘Oh, I’ve got years,”’ Stafford said. “When we come back here in April and again for training camp we’re trying to win right now. If that’s not our goal every season then I’m missing something because that’s what I think it is.’’