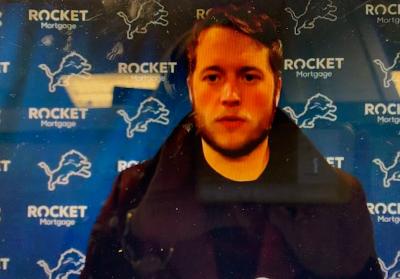 DETROIT — The Lions never gave themselves a chance in their 41-21 loss to the Indianapolis Colts on Sunday at Ford Field. It didn’t seem that close.

Execution? Not so much. We’ve seen this before. Plenty of blame to spread around.

Coach Matt Patricia gave credit to the Colts (5-2). “They played well in all three phases and were able to capitalize on the mistakes we made,’’ the coach said.

The Lions were coming off two straight wins, although both were against one-win teams. Still whatever momentum they had built is gone.

“Yeah, I mean it is frustrating to lose. We’ve put a bunch of work into it, and when it doesn’t go the way you want it to go, it’s not fun. And this one’s no different,’’ Matthew Stafford said. “But at the same time we’ve got to learn from it. We’ll look at the tape, we will figure out where we can do better and we have got a new opponent next week. We are going to have to get ready to go to them and play well.”

1. Detroit’s defense could not get quarterback Philip Rivers and the Colts’ offense off the field. The time of possession was a joke in the first half. The Colts had the ball for 22:06, the Lions for 7:54. Of course this goes both ways. The Lions’ offense couldn’t sustain drives to stay on the field. “It’s no excuse. We play defense for a reason. Offense is going to have off days, but we’ve got to go out there and play ball, simple as that,” linebacker Reggie Ragland said. Rivers finished 23 of 33 for 262 yards and three touchdowns. He was sacked twice. The 38-year-old Rivers was impressive and certainly got some help from the Lions’ defense.

2. Penalties were the killer, not that there were so many of them (four for 76 yards), just those that came at crucial times. None worse that in the second quarter on a third-and-four, Danny Shelton sacked Rivers for a loss of 7 yards. But he was called for unnecessary roughness which is a 15-yard penalty and three plays later. Shelton did not stop when the whistle blew that the play was dead, according to a pool report with Clay Martin the referee who made the call. The flag was delayed because first he had to break up a scrum that was a result of the play. Shelton should know better.Three plays later Rivers connected with Jack Doyle for a 7-yard touchdown.

3. Stafford did not have his best game. He turned the ball over twice. An interception early in the fourth quarter was returned for a touchdown. He said he didn’t have god enough eyes on the nickel. In the prior series he was sacked, fumbled the ball and the Colts recovered it. “Wish I had those two plays back,’’ Stafford said. He didn’t have much time on the field and the offensive shortcomings are not all on him. Stafford put together three nice touchdown drives but it obviously wasn’t enough. He finished 24 of 42 for 336 yards, three touchdowns and was sacked five times for losses of 39 yards.

4. The run game was abysmal. Five carries for 5 yards in the first half spells trouble. They finished with just 29 rushing yards and 10 of those came on a run by Stafford. “Obviously, didn’t sustain drives well enough in the first half or the second half to be honest. Didn’t run the ball as well as we can, obviously and then just didn’t play well enough in the passing game to overcome that,’’ Stafford said. “So, it was obviously we scored early which was great, but we weren’t able to be consistent on drives and our defense was out there for a long period of time, which isn’t good.” Adrian Peterson had five carries for 7 yards while D’Andre Swift carried six times for 1 yard. It was an issue. The run game started off the season well, but has faltered in recent weeks.

5. Matt Patricia said afterward he has to do better. The Lions took a step backward. “We’ve got a lot of work to do,’’ Patricia said. “We have to play better, we have to coach better, that’s the bottom line.” Patricia is now 12-26-1 in his three seasons in Detroit. He’s never put together three straight wins. Most coaches agree that taking care of home turf is crucial. Patricia is 5-14 at Ford Field.

BY THE NUMBERS: Wide receiver Marvin Jones Jr., had two touchdown catches giving him three for the season. … Both teams were exactly the same on third-down proficiency – 7 of 14 (50 percent). …. The Colts rushed for 119 yards, the Lions for 29 … Jason Fox averaged 52.4 yards on his five punts. … Jamie Collins and Tracy Walker led the defense with 10 tackles each. Romeo Okwara notched his fifth sack of the season. … Miles Killebrew blocked a punt in the first quarter which gave the Lions the ball at the Colts’ 32-yard line. Two plays later Stafford connected with Marvin Jones Jr. for a 25-yard touchdown that gave Detroit a 7-0 lead.